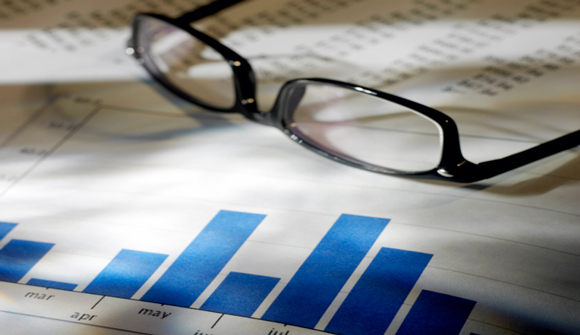 Opinion: Federal Reserve relies on misleading indicators … When it decides whether and when to raise interest rates, the Federal Reserve will be watching two numbers very closely: the rates of unemployment and inflation. A sizable drop in the jobless rate from present levels would be a sign that higher rates are nigh; the same would be true if the rate of inflation should accelerate. – MarketWatch

Dominant Social Theme: The Fed's technocrats know what they're doing, especially when it comes to numbers.

Free-Market Analysis: This is an interesting critique because it deals specifically with the inputs that Fed officials use to decide on the value and volume of money at any given time.

We've often pointed out that the rationale for central banking generally is, well … economically illiterate. No one can foresee the future, because there are no forward-looking indicators. What central bankers do is fix the price of money-stuff, which guarantees market distortions.

This is, of course, the reason for business cycles. When money is too plentiful, or not plentiful enough, industry suffers and businesspeople receive incorrect market-based indicators, which, in turn, lead to inapt decision-making.

The secret that the monetary officials struggle to keep hidden is that central banking encourages economic distortions, debases currency and creates poverty while centralizing power and wealth for those controllers who stand at the center of the system.

But as this article reminds us, the very numerical data that Fed officials use to create their decisions is flawed. What we have, then, is a system that attempts, impossibly, to predict the future using data that isn't accurate to begin with.

That said, there are a number of reasons why the jobless rate is not a good guide to policy. First of all, it is not a leading indicator of future economic activity. It is not even a coincident indicator, telling us where we are now. Rather, it is a lagging indicator that tells us where we've been.

Second, those who are out of work can be so for several reasons — not all of them economic. For example, they didn't like the last job they were offered because it was too far from home, there was no window in their office, the pay and fringe benefits were not to their liking, and so on.

The ranks of the jobless, the numerator in this example, could be made smaller by people taking jobs beneath their skills and education, as well as their inability to land a full-time, permanent job, leaving them left with a part-time, temporary slot.

As for the denominator, the workforce, it could be made smaller by people dropping out and not looking for work, although they would gladly work if offered a job.

The rate of inflation can be distorted by what's in the index and how these components are weighted.

For example, inflation today is being held down by falling energy prices, housing, autos and interest rates. This is small comfort to the family that has to pay tuition for a college student or care for a sick family member, all while making ends meet at the supermarket or grocery store. Let's not forget the rising cost of insurance, state and local taxes, newspapers and magazines, and even cable television.

Simply put, the average household's cost of living is rising — not holding steady or falling. Meanwhile, the labor market is stronger than it appears at first glance.

Let's summarize what this article says about these two indicators. It points out that the joblessness numbers the Fed receives may be exaggerated because people have a variety of reasons to be formally unemployed.

We say "formally" because we have a suspicion that a good deal of US employment takes place in the black or gray sectors. However, unlike this article's viewpoint, we're inclined to believe US unemployment (in terms of full-time, formal jobs) may be even worse than stated.

Formal figures we've seen amount to some 20 million trying to find work and an additional 80 million unemployed (at least full-time) who may or may not be seeking employment.

When it comes to price inflation, the figures are even more fuzzy – and in this case we agree with the article. Price inflation as calculated by the US government considerably understates the actual debasement.

Here's Forbes in an early 2014 article entitled, "If You Want To Know The Real Rate Of Inflation, Don't Bother With The CPI" …

Common sense tells us the Consumer Price Index is not an adequate measure of inflation. For the second year in a row the Consumer Price Index for All Urban Consumers (CPI-U) remained under 2 percent. On average, consumer prices increased 1.5 percent, according to the government. However, the government has incentives to keep this statistic as low as possible. In fact, the CPI doesn't even measure inflation, rather a range of consumer spending behaviors. The CPI is perhaps one of the most important government statistics because it affects a number of public programs and is used as a benchmark to set public policy. But it's accuracy is questionable, especially when compared with other agency's inflation measures.

Why does the government want low inflation numbers?

The CPI is tied to the incomes of about 80 million Americans, specifically: Social Security beneficiaries, food stamp recipients, military and federal Civil Service retirees and survivors, and children on school lunch programs. The higher the CPI, the more money the government needs to spend on these income payments to keep pace with the cost of living. However, this same government is about $17 trillion in debt. If the CPI is low, the less money the government needs to spend on cost of living adjustments, something seniors are astutely aware of.

The government has a few resources at its disposal to manipulate the CPI. First, the Bureau of Labor Statistics operates under a veil of secrecy. The raw data used to calculate the CPI is not available to the public.

Did you know US price inflation data is not "available" to the public? We didn't. But this aligns with everything else we know about the way fedgov operates. Secrecy is built into the process throughout the national government and even to a lesser extent in state and municipal governance.

The secrecy is part of the process because it allows officials a broad array of justifications for public policy. Basically, officials can tell the public whatever they wish to. In this case, and on a regular basis, we learn that price inflation is higher than stated while total joblessness may be lower.

Our take would be slightly different in that we would tend to believe that formal joblessness (excluding black- and gray-market activities) is a significant and stubborn number. In fact, the consensus seems to be that joblessness is in the area of 100 million. The only argument is over how many are voluntarily unemployed and how many want to work.

The article we're analyzing casts doubt on the numbers that central bankers utilize to come to their monetary decisions. But inadvertently, in our view, it makes a larger point, which is that the US is suffering from a kind of stagflation – which is just what took place in the 1970s.

Perhaps price inflation was less well concealed by the government in the 1970s than today, but the 1970s and today's economic environment may have a good deal of similarity.

The Fed – all central banks, in fact – operate a system that simply can't provide the outputs claimed for it, and as this article reminds us, the inputs are inaccurate to begin with. To add insult to injury, monetary experts do not seem to be accurately describing the full state of the US economy, which is likely marked more by stagflation than "recovery."

The article concludes with the statement, "For the Fed, this means it's time to lock and load: Raise rates sooner, not later." If we are correct about the true state of US joblessness, however, raising rates will only exacerbate the plight of many people who wish to find work but can't. Higher rates will have a negative effect on a still shaky economic climate.

The article itself may have come to the wrong conclusion just like the Fed officials it castigates. In fact, no one knows the true condition of the US economy or the day-to-day activities of hundreds of millions of adults.

Technocracy – the rule of the many by a wise few – is a dysfunctional model and has been ever since Plato proposed it.