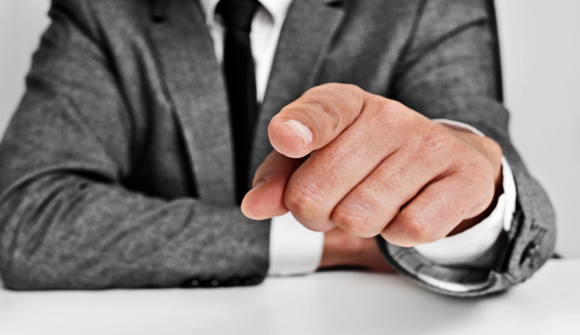 STAFF NEWS & ANALYSIS
Fed Under Attack Again – This Time From One of Its Own
By Staff News & Analysis - February 13, 2015

Dallas Fed chief urges power shift at bank … The outgoing head of the Dallas Federal Reserve called Wednesday for major changes to the central bank's power structure, arguing that current policies fuel perceptions that big banks have too much influence with regulators. During a fiery speech to the Economic Club of New York, President Richard Fisher criticized the current structure, arguing that authority should be more equally distributed between the Fed's 12 regional banks. – The Hill

Dominant Social Theme: Some changes must be made to the Fed structure, but not too many.

Free-Market Analysis: The comments being made by Richard Fisher are probably a result of a recent Fed scandal involving the New York Fed and Goldman Sachs.

Carmen Segarra worked at the Federal Reserve in New York and started secretly recording conversations in 2012 involving Goldman Sachs in particular. She later sued Fed and also passed her recordings to Jake Bernstein, an investigative reporter from ProPublica. The recordings were also provided to the public radio program, "This American Life."

Like many publications, we reported on the ensuing uproar, which saw the New York Fed castigated in the media for basically acting as a regulatory consultant to Goldman Sachs rather than as an administrator and enforcer. You can see an article here:

Now Fisher – a powerful, regional Fed head – is urging "steps to take away power from the New York Federal Reserve, which has long been seen as a dominant Fed force, in part because of its proximity to Wall Street," according to The Hill. More:

"We at the Fed must fully and frontally address the concern of many who feel that too much power is concentrated in the New York Fed," Fisher said during the remarks in Wall Street's backyard. The New York Fed president, a post currently filled by William Dudley, has a permanent vice chairmanship on the Fed's policymaking committee — the Federal Open Market Committee (FOMC) — which is charged with setting monetary policy.??

"[That] renders him the second-most powerful person at the table, behind the chair," Fisher said. "Having the New York Fed president as the FOMC's vice chair gives the appearance of a conflict of interest. To correct this, I would rotate that position every two years to one of the other 11 Fed presidents."

The article goes on to point out that Fisher's speech was unusual because Fisher is still in office. Also, the timing is somewhat incendiary because Congress is contemplating a bill to audit the Federal Reserve put forth by Senator Rand Paul of Kentucky. The Fed is generally coming under attack over how it handles its public reporting and auditing.

Fisher opposes Paul's bill but seems to grant the larger issue regarding Fed transparency. "I don't think the Fed is getting the message," he's reported as saying. "In this era of social media and über-transparency, we at the Fed need to learn to speak English, rather than 'Fedspeak.'

Of course, one could argue that the Fed purveys Fedspeak on purpose. The more incomprehensible adjustments and policies sound, the less people are apt to investigate what's going on because the matters seem so technical.

Nomenclature like "operation twist" and "quantitative easing" to describe Fed programs are off-putting to many citizens who might otherwise form an opinion on Fed policies.

We stated publicly many years ago that the availability of Internet information regarding the Fed was fundamentally changing the way the Fed related to the public. We also believed that Fed officials had no idea how to counteract increasingly negative perceptions.

This was borne out by a performance at a 2009 Congressional hearing, one which involved an admission by the Fed Inspector General that she could not account for $9 trillion in off-balance sheet transactions.

Beginning of the End? Fed Cannot Account for $9 Trillion

We claimed then that this was the beginning of the end for the Fed in terms of its current structure and business as usual. We have no reason to believe the dynamics have changed. In fact, they are seemingly getting worse. Fisher's statement is significant in this regard as are the taped revelations regarding the too-close relationship between the New York Fed and Goldman Sachs. Congress is pressing the Fed on transparency and Rand Paul wants an audit.

The Fed says an audit is not necessary because the Fed is very nearly an open book. But Rand and his father, former Congressman Ron Paul, have both asked for the names of institutions that received various emergency loans (apparently in the trillions, all told) that the Fed provided domestically and perhaps overseas during the depth of the Great Recession in 2008-2009. These names the Fed will not part with.

And yet, this is the era of Internet information. At some point these names will probably trickle out along with how much they received and whether they ever paid the Fed back. The Fed like all such globalist institutions is now seemingly determined to contain its critics and stamp out criticism. But this is a 20th century approach to 21st century technology.

The Internet, unfortunately for the Fed and other such facilities, is a process not an episode.