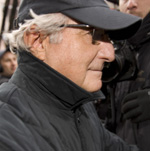 Aid dwarfed by the amount of commercial paper outstanding but frozen; FASB's rule changes won't help. The government's effort to revive the commercial paper market will fall short as currently conceived, according to a report released today by a financial services industry consulting firm. Late last month, the Federal Reserve established a new $200 billion lending facility, known as the Term Asset-Backed Lending Facility, aimed at unfreezing the asset-backed commercial paper market, which is the source of most funding for credit cards and other forms of consumer credit and of short-term financing for many corporate borrowers. The Fed is using the TALF to buy paper issued by financial institutions' off-balance-sheet entities on behalf of such corporate borrowers. The Treasury, meanwhile, announced that it will backstop another $20 billion as part of the $700 billion financial bailout passed by Congress. However, a paper released today by the Tower Group, a consulting firm, found that such aid is dwarfed by the amount of asset-backed commercial paper that remains outstanding-but which is no longer being purchased in securitized form by investors. While the amount of ABCP outstanding has plummeted since hitting a peak of around $1.2 trillion in late 2007, it still represents roughly three times the amount that the Fed has set aside to invest, according to the paper. – Financial Week

Dominant Social Theme: It may not work and it may need to be tweaked. And it should be!

Free-Market Analysis: Sometimes it seems as if the Federal Reserve has set up a bailout fund for almost every kind of securitized instrument. The underlying conversation finally becomes whether any of these products had lasting value. The answer is that they should have had; but so long as the underlying basis of these products continues to be delinked from assets, their value is suspect.

The problem with derivatives, securitized instruments and every other kind of non-traditional security is not that they exist or have been created by Wall Street "rocket scientists" – and are too complex – but that they have been created in the context of the current financial industry, complete with monetary inflation and interest rate manipulation.

Both hard money analysts and leftist types criticize derivatives. But there is nothing wrong with financial innovation that is market based and solves problems. The computer makes such instruments feasible and humans are tool-driven beings. The problem is that the innovation for the last century has been based on fiat money – and fiat money is inherently unstable and tends to devolve over time to worthlessness.

Central bankers are struggling daily to fix what is broken, though we are on record as stating that such efforts will not yield the desired result. The acronyms, complexity and proliferation of schemes to ensure solvency only reinforce the perspective that "high finance" is incredibly complex and not for the ordinary person. In fact, what is going on is simple: a fiat money collapse has led to virtual insolvency of the Western banking system. The solution is an asset-backed system based on gold and silver market standards. The constant bailouts will not do much good, ultimately, and their structures, as earnestly configured as they are, will not enhance their effectiveness.