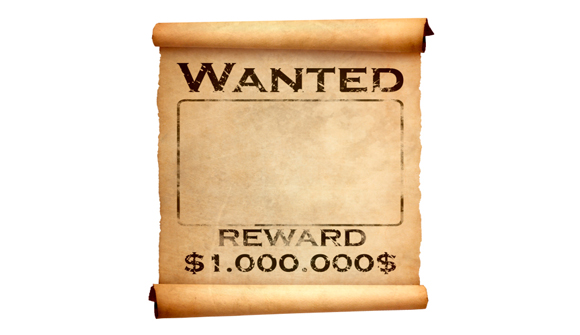 SEC Announces Largest Reward Ever … An anonymous tipster living abroad will be receiving $30 million, in the largest whistleblower award ever doled out by U.S. securities regulators as part of a program that aims to incentivize insiders to report wrongdoing. – Reuters

Dominant Social Theme: In taking criminals off the street, almost any tactic is justified and even righteous.

Free-Market Analysis: This is not actually just an SEC issue. Regulatory agencies increasingly pay out cash rewards to those who provide the government names of potential wrongdoers.

Homeland Security encourages citizens to inform on their neighbors if they see anything that might look "suspicious." And while Homeland Security is not paying rewards for such info, the IRS does and the FBI, of course, has long touted awards that lead to the arrest of "most wanted."

And now the SEC is becoming more aggressive:

The Securities and Exchange Commission said on Monday that the whistleblower provided crucial information that helped investigators uncover a "difficult to detect" ongoing fraud. "This record-breaking award sends a strong message about our commitment to whistleblowers and the value they bring to law enforcement," SEC Enforcement Director Andrew Ceresney said.

The SEC won new powers in the 2010 Dodd-Frank Wall Street reform law to entice whistleblowers with monetary awards. Prior to the new law, the SEC was only able to reward people for helping on insider-trading cases. The new program lets the SEC pay a whistleblower who provides tips and original information that leads to an enforcement action with sanctions that exceed $1 million.

The SEC can award a whistleblower anywhere between 10 percent and 30 percent of the money the agency collects. By law, the SEC is not allowed to reveal the identity of whistleblowers, and so as a result it does not disclose which case a whistleblower helped to crack.

Settlements with the SEC large enough to justify a $30 million award are uncommon. Monday's announcement marks the fourth time the SEC has agreed to award a whistleblower living abroad – a fact that the agency said demonstrates the "international breadth" of the program. Since the inception of the program in fiscal year 2012, the SEC has awarded more than a dozen whistleblowers.

This may sound both efficient and praiseworthy, but these actions actually come with historical cautions. As government increasingly uses financial incentives to generate prosecutions of lawbreakers, the risk of governmental abuse begins to rise.

This can be seen in civil and criminal enforcement of drug laws that can result in the confiscation of any property deemed involved in the dealing. The property is often confiscated immediately but may or may not be returned if the defendant is found innocent. Reportedly, such confiscations are often not disgorged – or at least not without continued legal action.

There is a disturbing self-funding aspect as well when it comes to government confiscations and penalties. Under Section 308(a) of the Sarbanes-Oxley Act a regulation was put in place called "Fair Funds for Investors" to encourage the SEC to use money from civil penalties to compensate victims of "stock swindles." But according to Investopedia, very little of such penalties have actually been paid out.

The IRS is another agency that has become more aggressive when it comes to offering – and sometimes paying – awards for information that leads to successful prosecutions. Here's an excerpt from a July report posted at JDSupra legal news entitled "Internal Revenue Service Reveals 2013 Whistleblower Figures."

According to the New York Times, in April of 2014 the IRS released figures stating that it had paid at least $53 million to whistleblowers during 2013 as part of its informant award program. These whistleblowers, who received an average bounty of $435,000, provided information that led to the assessment and collection of more than $367 million in taxes.

The IRS recently made significant changes to its approach to compensating whistleblowers for information that leads to the discovery of tax fraud or evasion. The program is currently subject to the following limitations:

The IRS pays a bounty of between 15 and 30 percent for information that leads to the recovery of $2 million or more. If the delinquent taxpayer is an individual, his or her annual income must be in excess of $200,000.

There is something inherently confrontational about a government that is compensating citizens for reporting wrongdoing. To begin with these programs are innocuous but from a historical standpoint there is the danger that such programs evolve into outright bribery.

This is, in fact, what happened in Rome where bounties were eventually paid almost indiscriminately and anyone with significant assets could become a target of the emperor and his cohorts. Eventually what happened in Rome was that citizens simply stopped supporting the system – and this was the reason that there was little resistance when outside forces finally overran the empire.

Troubling precedents can be seen as regards such agencies as the IRS, which is embroiled in a two-year old case that involves agency intimidation of certain conservative groups that sought tax-exempt status. The abuses seem as obvious as the cover-up – and yet to date no one has been held accountable.

When large government programs incentivize whistleblowers with significant sums of money while the officials of such programs are not called to account, the gap between the citizen and the state widens, along with a sense of alienation. It may seem like good public policy to pay whistleblowers to identify wrongdoers, but history shows us this is a slippery path toward an authoritarian mindset that leads not to more efficient administration of laws but to increased abuses of power.