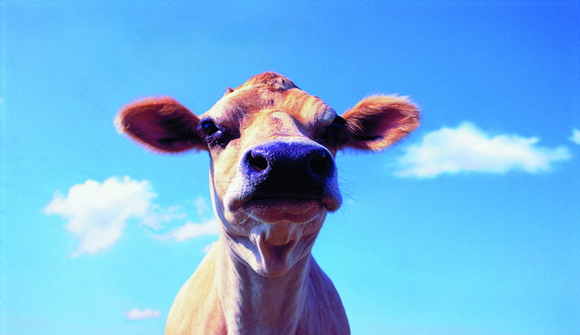 Welcome to our Friday roll up, where we highlight the most interesting, absurd, and concerning stories we are following this week.

Every summer, a Utah non-profit agency called the Libertas Institute holds an entrepreneurship event for children.

It’s a wonderful idea– children as young as 5 gather together in a marketplace to buy and sell products and services that they’ve created to one another.

And parents are strongly encouraged to step back and let their kids be in charge– advertise, negotiate, count money, and make the sale. So it really is children doing business with other children. Obviously no one is getting rich from this; the larger point is to start cultivating the desire within the next generation to build and grow their own companies.

The Libertas Institute held one such event at Spanish Fork, Utah a few weeks ago on August 7. And for the first time since they’ve been holding these, the local tax collectors showed up, demanding that the kids pay city sales tax on the day’s transactions.

Moreover, the tax collectors insisted that even kids who didn’t make a single sale that day should still file tax forms with the state government.

The City of San Francisco is back at it. A few weeks ago we told you they were ‘gender neutralizing’ the English language, changing words like “manhole” into “maintenance hole”.

They’re terrified that someone might be offended by words like “manhole”, so they’ve cleansed the dictionary and demanded that all city workers and agencies begin using the new gender-neutral language.

Now they’re extending their sensitivities to even more groups.

The word “felon” will henceforth be replaced with “justice involved person”. Because we’d hate for felons to be offended.

And a convict going back to prison will now be a “returning resident.”

I can’t even imagine how that will sound in a courtroom: “That justice involved person is going to be a returning resident!”

On the morning of February 10, 2015, a cop saw a group of teenagers a few blocks from their school. One of them was holding a toy gun– the kind with a giant, bright orange tip on it..

So without any warning, or any request to drop the weapon, he shot at the kid with the toy gun.

But the bullet missed the intended target, and instead hit another one of the teenagers.

Despite this appalling blunder, the cop handcuffed and detained the students for five hours– probably in a desperate attempt to try to find something to pin on them to take the focus off the fact that he just shot an innocent, unarmed kid.

The student that was accidentally shot has tried to sue the police officer.

But a federal appeals court has just thrown out the case, ruling that the police officer ha ‘qualified immunity’.

Got Milk? You’re a rapist.

Humans have been herding and breeding livestock for their milk for about 10,000 years.

That likely played a huge role in developing an advanced human society.

But we are now such an advanced species that proponents of feminist theory now claim artificial insemination of cows is rape, and milking them is sexual abuse.

In a paper called “Readying the Rape Rack: Feminism and the Exploitation of Non-Human Reproductive Systems,” one such enlightened thinker argues that feminists need to incorporate non-humans females into their movement.

And the paper demands that women should challenge the “outdated stereotype about women being caretakers and most importantly child-bearers [which] remains consistent in the dairy industry.”

Sounds like comparing dairy farming to rape might be insensitive to actualrape victims… But what do I know, I’m just a patriarchal oppressor.

So Judd drove to the scene and saw firefighters struggling to open the main door to the store.

Judd went up to an officer to try to give her the keys to the front door.

According to court documents, the officer then threw Judd to the ground and handcuffed him, at which point a nearby paramedic came over to help beat him.

Judd did not resist, but he was still beaten, and sustained a broken elbow.