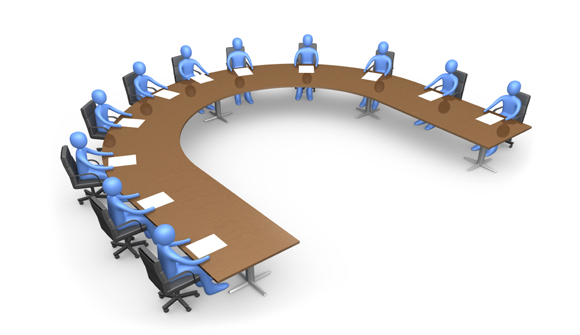 STAFF NEWS & ANALYSIS
Fight the Fed from the Inside
By Philippe Gastonne - May 12, 2015

If you ever wanted to give our nation's central bank a piece of your mind, now is your chance.

That's because Federal Reserve Chair Janet Yellen is hiring … and she's taking applications from everyone who wants to apply.

On Jan. 16, the Federal Reserve Board announced it is creating a "Community Advisory Council." – Uncommon Wisdom Daily, May 1, 2015

Faux transparency is a favorite tool of entrenched bureaucratic institutions. Soviet leader Mikhail Gorbachev's 1980s "Glasnost" is one example. The idea is to divert resistance into a box where it can vent its frustrations without forcing any real change.

Often this works, but sometimes the establishment finds it has created a monster. In the Gorbachev case, radical social change followed within just a few years as the Soviet Union collapsed.

Now the Federal Reserve is giving this tactic a shot by creating a Community Advisory Council. Their press release describes it this way.

The Community Advisory Council (CAC) will provide information, advice and recommendations to the Board on a wide range of relevant policy matters and emerging issues of interest.

The CAC will meet semiannually with the Board in Washington to offer diverse perspectives on the economic circumstances and financial services needs of consumers and communities, with a particular focus on the concerns of low- and moderate-income populations.

The Fed says it wants "diverse perspectives" on our financial concerns. One such perspective, held by many citizens, is that fiat money harms everyone, especially the "low- and moderate-income Americans" upon which it expects this Council to focus.

Will the Fed's new advisory council include that perspective? We don't know yet because it is still accepting applications. The official Federal Register announcement outlines the qualifications.

The Board is interested in candidates with knowledge of fields such as affordable housing, community and economic development, small business, and asset- and wealth-building, with a particular focus on the concerns of low- and moderate-income consumers and communities.

Candidates do not have to be experts on all topics related to consumer financial services or community development, but they should possess some basic knowledge of these areas and related issues.

In appointing members to the CAC, the Board will consider a number of factors, including diversity in terms of subject matter expertise, geographic representation, and the representation of women and minority groups.

If the Fed behaves like most bureaucracies, it will pack the council with easily controlled people who say what the Fed wants to hear. But what if one or two people who understand the Fed's harmful nature somehow manage to sneak in? Could they convince their fellow council members to push for real change?

Again, we don't know. The first step is to get such people on the council. Any Daily Bell readers who wish to apply can file a Statement of Interest on the Federal Reserve Board web site.

They claim to want "diversity." Let's see if they really mean it.