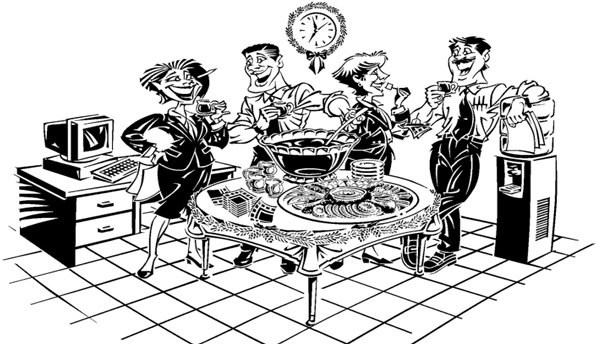 Iraq is poised to flood the oil market by tripling its capacity to pump crude by 2020 and is collaborating with Iran on strategy in a move that will challenge Saudi Arabia's grip on the Organisation of Petroleum Exporting Countries. "We feel the world needs to be assured of fuel for economic growth," Hussain al-Shahristani, Deputy Prime Minister for Energy in Iraq told oil industry delegates attending a Chatham House Middle East energy conference. Al Shahristani said on Tuesday that Iraq plans to boost its capacity to produce oil to 9m barrels a day (bpd) by the end of the decade as Baghdad rushes to bolster its economy, which is still shattered by war and internal conflict. – UK Telegraph

Dominant Social Theme: Iraq intends to flood the market with cheap oil. What a break!

Free-Market Analysis: Again we see our Wall Street Party meme buttressed. Does anyone believe that the puppet government of Iraq does anything without checking with the United States?

This begs credulity. We're supposed to believe the idea of opening the oil taps is totally an Iraqi idea. If you believe that, we have a bridge in Brooklyn we want to sell you.

For God's sake, the announcement is unveiled at CHATHAM HOUSE. Chatham House is actually the British version of the elitist US Council on Foreign Relations …

Iraq was producing 3m bpd in December, according to the International Energy Agency. Iraq's intention to challenge Saudi Arabia's status as the "swing producer" in the OPEC cartel could see a dramatic fall in oil prices if Baghdad decides to break the group's quotas and sell more of its crude on the open market.

"It's very difficult to predict actual world (oil) demand by 2020 because the world economy is unpredictable," said Mr al-Shahristani. Brother British oil giants BP and Royal Dutch Shell are also poised to benefit from Iraq's ambitious production plans. Both companies are already managing two huge oil fields in southern Iraq which are vital if Baghdad is to achieve its goal …

Iraq's ambitious plan could see it clash increasingly with the regime in Saudi Arabia, which has used its influence in OPEC over the last decade to keep oil prices above $100 a barrel. Saudi itself is now under pressure to boost output to maintain market share.

… OPEC agreed in early December to renew for six months its 30m bpd output cap for the first half of the year to keep prices above $100. However, quotas have in the past proved difficult for OPEC as a group to enforce without any binding penalties for over-producing.

… In a further challenge to Saudi Arabia, which is mostly closed to international oil companies, Mr al-Shahristani revealed that Baghdad is working with Iran to help it attract investment ahead of the possible lifting of sanctions. Oil companies are understood to be queuing up to win Iranian oil deals.

"Iran has been in touch with us," said Mr al-Shahristani. "They want to share our contracts model and experience." Combined, Iran and Iraq hold greater reserves of oil than Saudi Arabia and the potential with the help of international investment to match its capacity to produce oil, which currently stands at around 12.5m b/d of crude.

So now we see, perhaps, why a deal was made by the Obama administration with Iran. The "war" is over. Now comes the peace … and a lot of oil.

We've already argued that fracking is part of this effort as well – at least from a promotional standpoint. The idea is to douse the world in oil, so necessary for various industrial efforts, to ensure that the "recovery" is a vital one. At least we are to gain that impression …

We've almost lost count now of how many memes are buttressing the uber dominant social theme of a Wall Street Party but let us try to summarize them, in no particular order:

We could go on, as there are doubtless points we've missed. But it seems to us the dominoes are being carefully arranged. A bountiful supply of low-cost oil will surely lubricate the "Wall Street Party" – which may have started already but is just as certainly not yet over, in our opinion.

Who knows how long such a party can be sustained? Some over the weekend had already announced its demise. We are not so sure.

We believe it has longer to run. Six months … a year, maybe even longer. Eventually it will subside, and probably catastrophically. But in the meantime we fully expect pockets will be filled. Various globalist forces are doing everything they can to sustain this equity expansion.

Add this latest announcement about Iraqi intentions to the punch bowl.