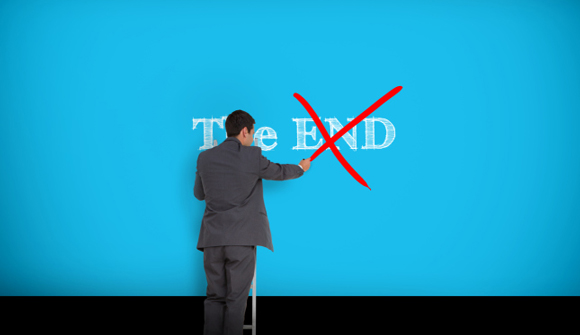 Central Banks Drop Tightening Talk as Easy Money Enters 2014 … Bank of England Governor Mark Carney talks about changes to the central bank's money-market operations aimed at widening access and cutting the cost of liquidity insurance to the financial system … Bank of England Governor Mark Carney speaks about the U.K. economy and the central bank's policies … The Bank of Canada's dropping of language about the need for future interest-rate increases and today's decisions by central banks in Norway, Sweden and the Philippines to leave their rates on hold unite them with counterparts in reinforcing rather than retracting loose monetary policy. The Federal Reserve delayed a pullback in asset purchases, while emerging markets from Hungary to Chile (CHOVCHOV) cut borrowing costs in the past two months. "We are at the cusp of another round of global monetary easing," said Joachim Fels, co-chief global economist at Morgan Stanley in London. – Bloomberg

Dominant Social Theme: We'll get to tapering; just not right away.

Free-Market Analysis: Are you a Keynesian? So many seem to be. Do you really believe that a properly functioning, mathematically literate approach to high finance can salvage what's left of the financial systems of the US, the West, the entire world?

Top central bankers apparently don't. Just look at this article excerpt. They've retreated from the idea of tapering until 2014 and Peter Schiff was probably correct that they won't really taper at all because they can't.

That should put an end to Keynesianism, though probably it won't. The technocratic meme of money control is the most cherished of all dominant social themes. The top money men will have to be pried away from it, like an oyster levered away from a precious pearl.

But at least in this latest monetary disaster we see the outlines of a finally failing credibility. It was always a myth that central bankers could moderate the economy by adjusting the monetary volume the way a captain adjusts the turbines on a ship. It's just nonsense. And quite dangerous. Sooner or later the amount of money that's been printed is going to blow up economies around the world.

Of course, even now we won't hear that from the central banking crowd. They're "mildly concerned," is all. In fact, neo-Keynesians will claim that there is nothing dangerous about what's going on. They will explain that all this has happened before and the world has not ended before and won't now. Printing too much money is an occupation not a disaster. But, in fact, for many people it is a disaster; their world has already ended, or the world they envisioned anyway, in which they occupied a home and leveraged investments and savings into some sort of workable retirement.

But because stories of shattered lives and broken dreams are not reported, we are supposed to think they have not occurred. Because the starvation that apparently happened during the Great Depression wasn't covered by the mainstream media of the day, we are meant to believe it didn't take place.

Poverty in the US is widespread. A country that 1960s economist sophist John Kenneth Galbraith claimed had "too much of everything" is in no danger of that now. The European system of retirement that denied consumers a too-rich lifestyle during their working lives now denies them their promised retirement, as well. The Greeks are on the streets, along with the Spanish and Italians. The French are said to be close behind.

The vaunted policymakers have misjudged, you see. They printed impossible torrents of money, claiming they would be able to remove the stimulus when the proper time came. But this is the era of the Internet, and people are very aware of the vagaries of "monetary policy."

When stock markets reacted violently to Ben Bernanke's vague statements about monetary tightening he and his successor Janet Yellen were said to be shocked. They shouldn't have been. They would know – above all others – that printing money and distributing it through commercial banks will push up the stock market long before it will have an effect on employment.

And so now they are stuck. People are increasingly restive in a way perhaps that they haven't been previously, or not since the Great Depression. Certainly more people are more informed.

And thus if Bernanke, et al. begin to prune the money tree excessively, it will become personal. There will be no generalized, muted suffering. There will specific and focused consequences. And the focus will be on Bernanke, and perhaps Yellen, and certainly Carney.

And thus, like children who have burned their fingers on the stove, they shy away from further action. Of course, as we have long pointed out, central banks only do one thing well. They print money. Volcker's removal of currency was anomalous. He had to crank rates to 20 percent to do it. How far up would rates have to travel today?

And so Bloomberg reports this, a perfectly rational outcome based on a fraudulent system:

Policy makers are reacting to another cooling of global growth, led this time by weakening in developing nations while inflation and job growth remain stagnant in much of the industrial world. The risk is that continued stimulus will inflate asset bubbles central bankers will have to deal with later.

Already, talk of unsustainable home-price increases is spreading from Germany to New Zealand, while the MSCI World Index of developed-world stock markets is near its highest level since 2007. 'Go Wild' "We are undoubtedly seeing these central bankers go wild," said Richard Gilhooly, an interest-rate strategist at TD Securities Inc. in New York. They "are just pumping liquidity hand over fist and promising to keep rates down. It's not normal."

Normal or not, that's been the environment now for five years after monetary authorities fought to protect the world economy from deflation and to hasten its recovery. In the advanced world, central banks drove interest rates close to zero and ballooned their balance sheets beyond $20 trillion through repeated rounds of bond purchases, a policy known as quantitative easing.

The economic payoff has been limited. The International Monetary Fund this month lopped its forecast for global economic growth to 2.9 percent in 2013 and 3.6 percent in 2014, from July's projected rates of 3.1 percent this year and 3.8 percent next year. It also sees inflation across rich countries already short of the 2 percent rate favored by most central banks.

… "With the dollar much weaker in recent days and weeks, you'll see central banks that were reluctant to ease start to do that now," said Thierry Wizman, global interest rates and currencies strategist at Macquarie Group Ltd. in New York. "They can be less worried about capital flight if the Fed isn't tightening policy, and the strength in their currencies is probably imparting some disinflation into their economies, giving them a window to cut rates."

… "The bubble conditions are going to remain in place," Michael Ingram, a market strategist at BGC Partners LP in London, told Bloomberg Radio's Bob Moon yesterday. "We could well see further stimulus." For now, such concerns are being overridden by a need to enhance economic expansion. The U.S. unemployment rate, at 7.2 percent in September, is still only the lowest since November 2008 and joblessness is 12 percent in the 17-nation euro area.

"Whatever their official mandates, central bankers are supposed to safeguard a nation's real income," Karen Ward, senior global economist at HSBC Holdings Plc in London, said in an Oct. 21 report. Labor markets from the U.S. to U.K. suggest "we shouldn't fear a rapid withdrawal of global liquidity any time soon."

Did these reporters read the story they were writing? We shouldn't FEAR a global liquidity downturn. Really? Maybe we fear, as well, what happens as the money continues to pump: A renewed mortgage bubble and stock markets pushing to valuations outside of any historical norms.

But that's what easy money does. Once injected into the system it's hard to get out. And the longer it sits in the system the more apt it is to circulate, and then faster and faster.

It still won't help the mass of unemployed because super money is relentlessly run through banks and rarely finds the consumer's pocket. The only thing it can do is infect the entire system over time. Eventually, economies will fail once more, though not perhaps before a final blow-off of monumental proportions.

And when the failure does come, that should spell an end to Keynesianism. The top people will finally have to face head on accusations that the system doesn't work. They will have to admit that technocracy is a meme, that experts aren't forward-looking, that money cannot be modulated like fuel, that the economy is not an ocean liner.

Will they confess? Will they admit to fault as the world falls apart? D'you think?