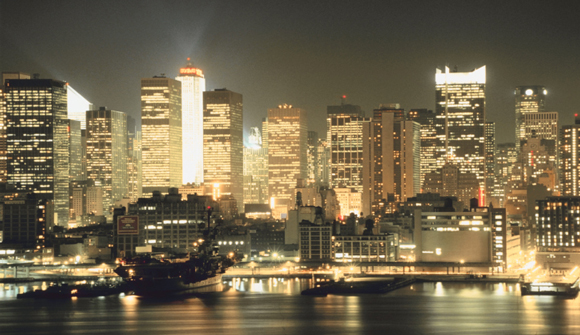 Across the Land of the Free, and much of the world, local governments are finally starting to allow businesses to re-open and employees to come back to the office.

The Republic of CHAZ, formerly known as Seattle, was approved for ‘Phase II reopening’ on Friday, both by state health authorities as well as local warlords.

Other major cities and anarcho-communist enclaves around the world have been slowly re-opening over the past few weeks. And so far one key trend is obvious:

A lot of people aren’t showing up.

Citigroup expects 5% of its workforce back in the office over the next few weeks, and JP Morgan isn’t requiring anyone to return to work right now.

Companies in a variety of other industries have taken a similar approach.

And many of those changes are permanent; Facebook’s Mark Zuckerberg, for example, has said that potentially half of his company’s work force could end up working remotely forever.

Twitter and Square have told employees they can work from home “indefinitely”. Nationwide Insurance announced a permanent transition to working from home.

The CEO of banking giant Barclays called crowded offices with thousands of workers “a thing of the past”. Morgan Stanley’s CEO expects his bank to need “a lot less real estate” in the future. Disney’s chairman said his company will reopen “with less office space.”

This is a pretty obvious trend– there will continue to be a LOT of people working from home.

We talked about this briefly last week– I told you that I expect a massive trend in migration from high tax, high cost urban places to lower tax, lower cost suburban and rural places.

And the reasons are obvious.

Plenty of people have been miserably cooped up in shoebox-sized apartments for the past three months due to local lockdown restrictions. And now they’re finally realizing– ‘if I don’t need to go to the office anymore, I don’t need to be in this city anymore…’

Plus they’re wisely thinking about the future.

Sure, maybe medical researchers find the miracle drug to treat Covid-19. Or they develop a vaccine that Bill Gates will personally inject into each and every one of us at gunpoint.

But then what happens if Covid-20 hits? Or an antibiotic resistant superbug is unleashed upon the world?

Or people simply decide they don’t want to raise their children in a place where arson, vandalism, and looting are considered acts of heroism?

This is not a passing trend. It’s a way of life.

It’s unlikely that cities will become ghost towns… but people who understand what’s happening are really starting to consider new places to live.

The arithmetic is quite simple. Someone can trade a $5,000/month hamster cage in Manhattan for a 4,000+ square foot home with water views and a spacious yard in sunny Florida, and still have plenty of extra money left over… with the added benefit that Florida has no state income tax.

We’ll talk about this a lot more in future letters because there’s a LOT to digest– from the decline of office property (WeWork has already started skipping some rent payments) to the ridiculously low mortgage rates available to investors.

But before we get to that, there’s a fifth place worth mentioning– and that’s right here in Puerto Rico.

Lately there’s been a surge of prospective residents who have arrived here over the past few weeks looking at property.

I live in a fairly high end, luxury resort, and most of the residents are investors and entrepreneurs. One of my neighbors, for example, is a prominent hedge fund manager, another is an acclaimed tech entrepreneur, and another is a former pro-athlete who built a highly successful sports business.

I’m fairly close with the executives in my development, and they told me there’s been a flood of people from the mainland (mostly from New York) who are trying to get out of Manhattan as quickly as possible.

That’s because, in addition to the great weather and time zone (Puerto Rico is currently in the same time zone as New York), the tax incentives are unbeatable.

New Yorkers who move to Florida no longer have to pay city or state income tax. And that can easily save 10%.

But as we’ve discussed many times in the past, bona fide residents of Puerto Rico who meet certain conditions are exempt from US federal income tax as well.

Puerto Rico’s tax incentives can reduce your business profits tax to just 4%, and individual tax to ZERO… plus you can live on the beach and never be cold again.