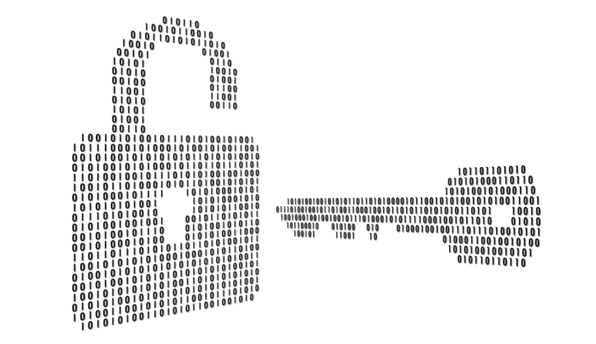 Is it the Bilderberg conference – or conspiracy? The world's most powerful people begin their annual meeting on Thursday. So what have they got to hide? … Conspiracy theorists may chuckle when they learn a debate entitled "Does Privacy Exist?" is to feature at this year's Bilderberg conference, the notoriously secretive gathering of the world's most powerful bankers, politicians and business people. – UK Independent

Dominant Social Theme: The Bilderberg? Nothing to see here … Move along …

Free-Market Analysis: Do an Internet search about the Bilderberg conference now underway in Denmark and you'll find remarkably little news from the mainstream press. There are articles and videos – but as before, it's the alternative media on the scene: Infowars, AFP, etc.

This article posted by the UK Independent is one of the only mainstream commentaries to appear so far that we could find. But, nonetheless, from our point of view, even a virtual news blackout is not going to help much within the context of the bigger picture.

These meetings and the agendas behind them have been exposed via the Internet for a number of years now.

Still they try, however. Even the Independent article is fairly tame.

In fairness to the Bilderberg, the organisers of this year's conference – which starts on Thursday – have made efforts to be more transparent by publishing a list of all the prime ministers, chief executives and military chiefs in attendance, as well as the topics up for discussion.

Chancellor George Osborne and his Labour counterpart, Ed Balls, are among the hand-picked group of British politicians who will visit Copenhagen to hob-nob with the global elite behind closed doors. Other guests from the political sphere include the former "Third Man" of New Labour, Lord Mandelson, the current International Development Secretary, Justine Greening, and the veteran American foreign policy expert, Henry Kissinger.

Billionaire captains of industry who landed invitations include the heads of Shell, BP, Airbus, HSBC, Saab, AXA, Google, and Linkedin. They will sit alongside key global powerbrokers such as Christine Lagarde, the head of the International Monetary Fund, and senior officials from the European Central Bank.

The chairmen from Goldman Sachs and Lazards will perhaps reflect on how their investment banks "advised" Whitehall over the controversial flotation of Royal Mail, which left the UK taxpayer £1bn out of pocket.

Keeping a discreet eye over the exchanges will be the intelligence chiefs such as Mr Alexander from the United States and Sir John Sawers, the head of MI6, who was pictured on Facebook in his swimming trunks in 2009.

The secretive nature of the Bilderberg Conference has triggered suspicions that the event is used to shape global policy at the expense of democratic oversight. The idea of the euro was said to have been spawned at one meeting in the Nineties.

Paul Flynn, Labour MP for Newport West, asked a series of parliamentary questions about Bilderberg last year when the conference was held at a five-star hotel near Watford. He told The Independent: "I don't regard the Bilderberg as a great threat but we would all like to know what is going on with these things. Secrecy inspires concern."

Secrecy should inspire concern within the context of democratic institutions. But to bring it up in regards to Bilderberg is perhaps to trivialize what has actually occurred.

For the past century or two, anyway, the long march toward globalism has been engineered around the world. Primarily a Western agenda, it is now ubiquitous. No part of the human experience is left untouched.

The purpose of public schools, for instance, is not to educate but to create amiable, socialized workers. Science, we can see clearly, has been trivialized to ensure that globalist objectives are supported by pseudo research and justified by "consensus" – as if that ever meant anything when it came to real breakthroughs.

Politicians in the modern era tend to be intimidated. Those elected to top jobs in countries large and small soon learn about the global agenda and what is expected of them.

Military action in the modern era is never acknowledged to be more than "peace-keeping" yet the US alone is engaged in dozens of prolonged military campaigns around the world, especially in Africa and the Middle East.

Other military participants inevitably include NATO and the UN and the purpose of most military action in the 21st century involves reinforcing priorities important to internationalist goals.

The power elite exercises its command-and-control strategies via what we call dominant social themes, fear-based promotions designed to frighten middle classes into giving up power and authority to global facilities such as the UN, IMF etc.

The longer we follow them, the more we see an ancient playbook at work in the social engineering that has taken place in the 20th and now the 21st century. There have been tremendous book burnings in the past, but we wonder if every book was burnt or if copies ended up in vast private libraries that provide their owners with a template for control.

War seems to be used to reconfigure the culture. When the culture is shattered, regulatory democracy is overlaid along with other sociopolitical facilities including public education and consumerist gambits that rise and fall with the central bank initiated business cycles.

The result is a supine citizenry that is primed to cooperate with topmost elite strategies even when these strategies are evidently and obviously to the detriment of the larger society.

And yet … modern technology has also generated at least two communication revolutions – that of the Gutenberg press and now the Internet.

And such information revolutions, dispersing non-elite sanctioned knowledge over wide populations, have tended to degrade the painstakingly created memes designed by elites for purposes of command and control.

That is what's happening today, in our humble estimation. Elite Bilderberg functionaries may indeed command the silence of the bought-and-paid-for mainstream media, but one only has to search the Internet to find tens of thousands of articles and videos on the Bilderberg's corporatist past and the likely agenda it pursues.

Bilderberg has attempted in this iteration to provide "items on the agenda," including "the future of democracy and the middle-class trap," "the new architecture of the Middle East" and the major geopolitical crisis of the moment: "Ukraine."

But the idea that powerful politicians and billionaire businessmen come to such conferences to sit in small rooms lit by flickering projectors in order to imbibe background briefings on world affairs is ludicrous. Instead, these meetings allow powerful people to take the measure of each other and find out what may be planned for the world.

More and more are awake to these sorts of machinations and how they are organized and implemented. That Bilderberg organizers still insist on news blackouts is almost surprising given how much people know and how little can really be hidden.

These sorts of facilities are in a sense a relic of a bygone age. Even people who do not know the details of the globalist agenda are informed enough to want to resist portions of it. The recent EU elections and the repudiation of further European consolidation is evidence of that.

So are difficulties with other memes as well: central banking, the war on terror, global warming. All these dominant social themes have generated distinct and significant pushback in the 21st century.

People know what's going on and are increasingly acting on that knowledge. High Alert itself is one such example of this trend.

The Internet Reformation, as we call it, has shattered the chrysalis of secrecy. Anonymity can be obtained locally by monied elites but it has been penetrated by a digital reality that has exposed elite promotions and even the directed history that flows from them.

What comes next is perhaps unpredictable. But the insistence on imposing secrecy where none is to be had is a symptom of a larger disconnect. This determination to forge ahead in the 21st century as if is still the 20th is perhaps the most salient and dangerous aspect of the modern globalist conspiracy.

We have noted this before. There is a propensity among the elites to believe that the creation of an encompassing dialectic can obscure the reality of their continued actions. But in the largest sense, they must know what they are doing. These stratagems lend themselves to polarization and eventual social chaos.

Of course, the idea may be to forge a new paradigm from an upcoming global conflagration. But generating such social change while the Internet is yet operative may be difficult, indeed. Do they truly understand the forces with which they are playing? Or have they not yet, after all this time, internalized what has taken place in the past decade?

The secrecy imposed on the current Bilderberg meetings is surely of little import at a time when increasing millions have a good understanding of potential outcomes. Sure, there may be parochial reasons to implement it, having to do with security, etc. But in some ways it seems to indicate a certain level of wish fulfillment.

In a larger sense, anyway, they are fooling themselves. Such local secrecy matters little. The flawed assumptions behind it matter a lot …