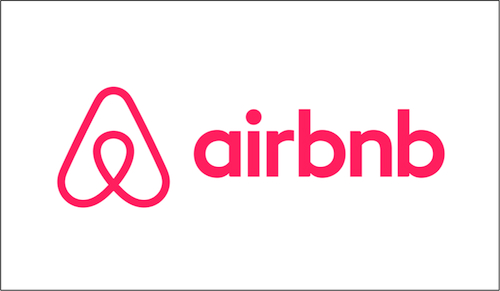 STAFF NEWS & ANALYSIS
For Airbnb Hosts, City Government is the Enemy. But One Big Company is Now an Ally…
By The Daily Bell Staff - July 25, 2018

Democracy is supposed to be a good thing, according to elected government officials. Yet these same politicians do everything they can to kill popular businesses. What is market demand if not voluntary democracy, without the winner-takes-all approach to power?

The people love Airbnb. We know this because it is a popular app among both hosts and travelers. But San Diego just passed a regulation that limits Airbnb rentals to primary residences only.

That means that short-term renting is now illegal in San Diego unless you are renting a room in a home in which you live. Rental properties can now only be used for long-term tenants. Renting a secondary property to vacationers is now illegal.

The crackdown on Airbnb-style rentals has the potential to affect as many as 80 percent of the city’s more than 11,000 vacation rentals…

“Today’s vote by the San Diego City Council is an affront to thousands of responsible, hard-working San Diegans and will result in millions of dollars in lost tax revenue for the City,” Airbnb said in a statement to the U-T. “San Diego has been a vacation rental destination for nearly 100 years and today’s vote all but ensures activity will be forced underground and guests will choose alternative destinations.”

A gaggle of other regulations and fees were also introduced. Property owners cannot rent out their primary residences short-term for more than half the year cumulative.

It should be no surprise that a hotel industry organization lobbied hard for the rules. That makes this an extra slap in the face to visitors to San Diego, who will be forced to pay more for less choice.

Politicians don’t actually like the people to have their say. If they did, they would let the market work.

And in order to avoid these situations, Airbnb and Century 21 are teaming up.

It’s not like these anti-Airbnb regulations only affect real estate moguls. Many everyday renters can only afford their apartments by subletting extra rooms.

Airbnb is the perfect platform to raise the extra cash needed to live in popular cities by renting out rooms for days or weeks at a time. This fetches a higher price per night than a typical lease and provides cheaper accommodations for visitors as well.

That’s why the partnership Airbnb announced last week with the real estate company Century 21 is so compelling. Now, Parisian renters can request Airbnb-friendly leases, which explicitly allow a renter to sublet an apartment on the platform. In return, the landlord and Century 21 get cuts of 23 percent and 7 percent of the host’s take, respectively…

But Airbnb has its own incentive for pushing the program: If it works out, Century 21 could become a powerful booster for home-sharing. If Airbnb is delivering steady revenue to the company, it will stand up for Airbnb’s continued existence in the markets where it operates, sometimes on shaky ground.

This is what ends up happening in markets. Everyone teams up for mutual benefit.

Even if you don’t want to live in an area where others are renting on Airbnb, you can use the same method. Just find properties, buildings, and HOAs that specifically restrict Airbnb.

Governments, by contrast, rely on special interests to dictate the rules. They don’t get agreement from all the participants, like a homeowner’s association. Instead, they force their rules on private property owners whether they like it or not.

But in order to fight back against the restrictive governments, it helps to have some big money on your side. So now real estate agents, landlords, leasees, and renters all have their goals aligned.

This is a smart move for Airbnb. The more people you provide value for, the more people have an interest in promoting your interests.

In 2016, Airbnb launched its Airbnb Friendly Building Program, which lets United States landlords authorize their tenants to sublet on Airbnb, in exchange for a cut of the profits. (Today, an unreleased number of buildings, housing 26,000 units, take part in the sublet program, in return for a cut of between 5 and 15 percent of the host’s profit.) In 2017, the company partnered with a real estate developer to launch Airbnb-branded apartments (“powered by Airbnb,”) designed for short-term rentals. By shoring up its relationship with landlords and real estate companies, Airbnb is creating a new class of advocates who, it hopes, will help pressure regulators to make peace with Airbnb.

Airbnb has revolutionized the short-term rental industry and upset the hotel industry. It allows more people to travel for cheaper, and more property owners to make money from their homes. It allows competition that makes the market function better to deliver the customers what they want.

And it is local governments that are stuck in the past, refusing to let individuals organize themselves for mutual benefit.