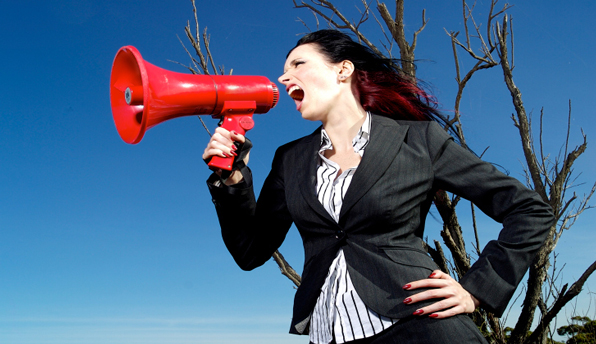 Free-Market Analysis: Good news. British scientists have discovered the way weather works and are able to predict it. Or so an article in the UK Telegraph tells us.

This is fortunate, as the UN has just released ANOTHER very gloomy prognostication regarding global warming, er … climate change. We wrote about the IPCC report yesterday, but now we learn that British science is up to the challenge.

Boy, are we relieved. Here's more from the article:

The breakthrough is expected to have a major impact on the economy, with power companies able to anticipate energy demands and hospitals better prepared for weather-related illnesses and accidents.

Until now, the difficulty of predicting the weather far into the future with any degree of accuracy has defeated even powerful supercomputers. Experts claim they perform only slightly better than chance when it comes to predicting whether a winter will be mild, severe, freezing, snowy or stormy.

The latest British model, which simulates the climate on a more detailed scale, was shown to be 62 per cent accurate at giving a broadbrush prediction of winter conditions when it was tested on 20 years of retrospective data, the Times reports.

Professor Adam Scaife, who leads the Met's monthly to decadal prediction research team, said: "This will have enormous benefits for the economy and society and means that planners can prepare well ahead for winter."

It will mean retailers can rely on predictions to make sure that season-appropriate stock is on the shelves at the right time, while insurers will be able to estimate winter storm damage risks.

Met Office scientists estimate that the model's results will improve to give 80 per cent accuracy, ensuring an end to embarrassing failures in forecasting such as the "barbecue summer" of 2009 which turned out to be a washout.

The following year the weather experts scrapped their headline seasonal predictions amid complaints that they were too inaccurate to be of any use to the public.

The new modeling technique allows scientists to be accurate 62 percent of the time up to three months out. Does that mean that previous forecasts were less accurate? If so, where is the IPCC getting its data, and how can officials be sure that said data is accurate?

More questions: Even this breakthrough model can only predict with accuracy to three months. So how is it that top scientists can claim to know so many details about global warming? How can scientists make vast predictions about the Earth's climate going forward years, decades or even centuries?

The answer, of course, is that they cannot. Global warming/climate change is first and foremost a political exercise. The power elite wishes to use climate change to initiate a number of command-and-control policies.

By making manmade carbon pollution into the main cause of climate change, those implementing these memes have the opportunity to demand numerous changes in human behavior.

Taxes can be increased to combat climate change. A lucrative trade in carbon credits can be established worldwide. Smart Meters can be justified as generating more detailed profiles of household energy expenditures … and thus adjustments in these expenditures can be suggested and eventually implemented by officials charged with the responsibility.

Electric cars are an outcome of manmade climate change. So is eating bugs for protein rather than animals. Farming and industry will need to be further regulated.

The most far-reaching result of climate change will be the implementation of more formal globalism as those behind the climate change meme will insist that only a global government can properly confront the challenge.

Population reduction could be implemented more forcefully. After all, if climate change is manmade, the biggest impact on climate destabilization is man himself. Reduce the number of humans and you reduce climate change.

The pushback against climate change (global warming) is that it is science by consensus. Large numbers of scientists, often with expertise in fields other than meteorology, have been dragooned into making statements supporting the perspective that human-initiated climate change exists and is getting worse.

It is science proposed and certified by "experts" … even though there are no experts, not in the field of weather and not in any other field, either. Science, in fact, is the very antithesis of "expertise." To be a scientist is to start with the presumption that one does not understand much and that much of what IS understood is inaccurate.

This is why it is somewhat humorous that those who want to pretend that manmade climate change is a problem insist on the validity of a preponderance of scientists.

In a more enlightened age, this sort of nonsense would receive emphatic rebuttals. But the mainstream press is so controlled by climate change globalists that such logical fallacies are rarely even alluded to.

Instead, those behind this meme continually double down – perhaps out of desperation. And now we have the announcement of a breakthrough that those involved in the field will be able to predict the weather three months hence with a 62 percent accuracy rating.

We are supposed to read this article and internalize the growing expertise of prognostication. But as stated above, even were this a true summation, the three-month timeline is a startling one considering that warmists claim insights that extend to millennia.

We don't believe it. Weather has too many variables to be predicted with any accuracy, especially weather that is influenced on a large scale by human activities.

Over time we'll likely find this was an over-hyped announcement, just as the climate change/global warming meme is over-hyped.