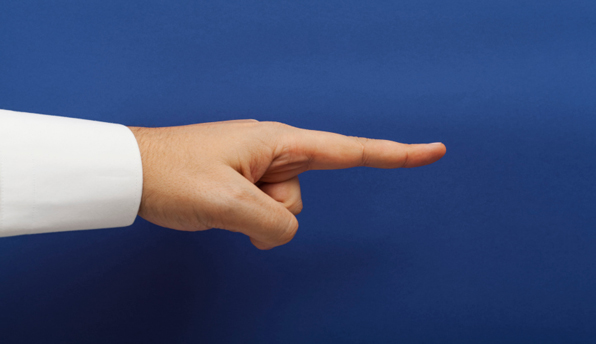 STAFF NEWS & ANALYSIS
Forward Guidance – They Know Not What They Do?
By Staff News & Analysis - January 30, 2014

Consign forward guidance to the bin … It would be better for the Bank of England to go back to the simplicity of inflation targeting "With a solid recovery finally in prospect, the earlier the Bank of England ditches the extra stimulus that is no longer required the better" The Bank of England's forward guidance is achieving nothing useful and could become dangerous. It is time to bin the experiment. Guidance was meant to be an extra stimulus – though the central bank calls it making policy "more effective". When interest rates are stuck close to zero then one way of injecting more monetary medicine is by working on expectations of where rates will be tomorrow. But events have overtaken the policy. Interest rate cuts work with a lag of six months or more. – UK Telegraph

Dominant Social Theme: Forward guidance is a good thing generally, though it could always be improved.

Free-Market Analysis: So now we finally come to the nub of what forward guidance REALLY is, thanks to this illuminating UK Telegraph article.

Millions of words have been written about forward guidance, explaining that it was offered as a way of making Western central banks more responsive to stakeholders and the general public.

We explained this ourselves back in November:

Central banks generally have adopted a policy called "forward guidance" that actually attempts to explain the intentions of central bank policy makers and present goals. This is supposedly an attempt to counter the criticism that central banks are not in any sense genuinely democratic or open bodies.

But really, forward guidance was just another way of milking the last drop from radically reduced interest rates. The idea has been to reinforce the message that rates will stay down.

Of course, rates are down now, so what Carney and others have been doing via forward guidance is figuratively jumping up and down while insisting that nothing will change.

The recovery the UK has seen in 2013 has nothing to do with the guidance introduced last summer. The sharp rise in business confidence, decent growth figures and booming house prices in the second half of last year show that the stimulus in place before last summer has started working.

With a solid recovery finally in prospect, the earlier the Bank of England ditches the extra stimulus that is no longer required, and was actually never needed in the first place, the better. As an aside, the same applies to the government measures being thrown at the housing market.

The Bank has a good opportunity to drop the policy, having said it would not hike rates until the unemployment rate fell to 7.0%. That threshold is likely to be reached in the next few months.

Unfortunately, Bank of England Governor Mark Carney last week described guidance so far as only the "first phase" of the policy. In other words, policymakers seem to be casting around for a way of continuing with it.

Upon getting close to the unemployment threshold, policymakers are looking for another excuse to keep emergency policies in place after the end of the actual emergency. It is almost as if a doctor continues to administer a huge dose of painkillers after the pain has gone.

The addiction that can create – over-leverage in economic terms – is a reason to be careful. Stopping guidance is not likely to derail the recovery. After all, although intended as extra stimulus, it has probably not achieved much. Surveys suggest consumers have more or less ignored it.

The article is correct in noting that forward guidance and the other mechanisms of central banking have created an enormous torrent of currency that has coursed through the body politic like a tidal wave. In doing so, this money printing has created asset bubbles that will only get more pronounced as these policies continue.

The article is less astute at analyzing WHY, however. In fact, what comes across is both shock and worry at the continued monetary stimulation.

We are not surprised, however. Carney – and eventually Yellen – will likely keep the throttle open as much as possible. The whole idea is to propel these asset bubbles into the stratosphere along with the stock market.

This is part of the "Wall Street Party" strategy that we have been writing about for the past months. We've listed the various strategies being employed to buoy the market and these are, of course, the methodologies supporting and expanding the "larger" recovery as well.

Unfortunately, this sort of expansion – powered by central bank supermoney distributed through commercial banks – is mostly ineffective at job creation. It can create profits and prosperity for those near the monetary spigot but not for those further away from it.

The article is insistent on shutting down forward guidance because it is no longer needed – and is over stimulative. We would argue that the surprise evinced in the article ought not to be expressed.

Do we really believe at this late date that these folks do not understand what they are doing, or the consequences?