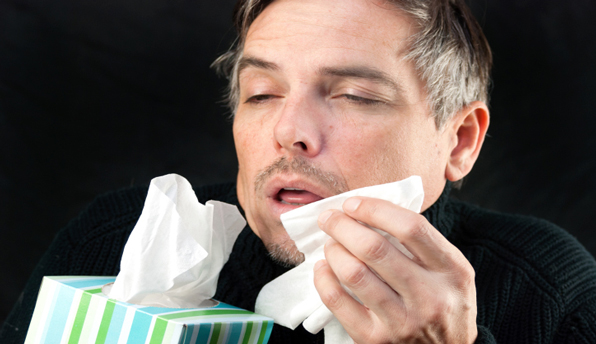 France is the 'sick man of Europe' … It's France's turn to be the "sick man of Europe," a competition that no country wants to win. The phrase seems to have originated with Tsar Nicholas I of Russia, who wrote it in reference to the Ottoman (Turkish) Empire in the mid-nineteenth century. The Tsar said Turkey was "sick" and journalists added the "man of Europe" a century later. It was bestowed on whichever laggard European state could be put into a headline. In the seventies it was the UK, then seen as prey to militant unions. In the nineties it was Germany as it struggled with the costs of reunification. Italy, with no or low growth and huge debts, has had the title sporadically over the past four years. So has Greece, of course, as well as hard-pressed Portugal. Now, it's France. – Reuters

Dominant Social Theme: "Another one bites the dust."

Free-Market Analysis: France is the sick man of Europe according to this article, because its manufacturing and service sectors are contracting.

But in reality, France is no sicker than any other country in Europe. They all suffer from the same problems: monetary over-stimulation, over-regulation, over-taxation and a cradle-to-grave socialist mentality.

This could include Greece, Spain, Portugal, Cyprus, Ireland and Italy, to name a few. But Northern Europe is not exempt, either. The disease simply hasn't created enough symptoms yet to be noticeable but it will.

Here's more from the Reuters editorial:

At a time when many other European economies are showing some growth, output in France's manufacturing and service sectors is contracting. Unemployment is rising, with a quarter of those under age 25 jobless. A recent report showed an uptick in manufacturing, but the country has a long way to go to make up for the declines of the recent past.

This malaise has centered media attention on the man who is implicitly held to be accountable; the Socialist President Francois Hollande. He is seen as vacillating – he scrapped a number of his initiatives when they were met with sustained protests – and out of touch.

Thus, when the French far right party, the National Front, did well in the local government elections on Sunday, images of the president looking doleful were everywhere – as were pictures of a joyous Marine Le Pen, the National Front leader.

… Disenchantment with the EU is now sweeping France. The mainstream parties, where the official position has long been supportive of the EU, are challenged to be more skeptical. The liberal political philosopher Pierre Manent writes that "life for European citizens is determined more and more not by the familiar national debate…but by the outcome of a European process that is much less comprehensible."

This simple truth – that most people are unfamiliar with and thus cannot relate to the forces that govern their lives – has been the theme that Le Pen and her comrades have hammered at mercilessly, finally catching the popular mood.

The National Front is not the kind of party that you would want running a liberal democratic country. … Their administrative abilities cannot be deep. But they might force the main parties to do some hard thinking both about France and its place in the EU. A resurgence of incisive political thought from France – a country that prides itself on its use of reason – could do Europe some good. Democratic politics may be renewed through challenges by extremes.

While this editorial makes some good observations, it is fundamentally flawed by the idea that certain countries, especially Southern ones, are the "sick" ones.

The article ends by predicting that the National Front, like other "extremist" parties, does not have the necessary administrative depth to run a country. But are current parties really doing so well?

Southern Europe has been ruled by the same general sociopolitical and economic regime for over 50 years now. Unemployment is at all time highs, price inflation is significant, youth is alienated, violence is spreading, Europe is held in low regard and the euro even lower.

Could "extremist" parties do much worse than this? And what really are extremist parties? The CIA's Operation Gladio lasted throughout the 20th century and utilized various false-flag strategies to introduce extremism into Europe. The ultimate idea was to make sure that Western-style corporatism carried the day.

The power elite again fears a resurgence of freedom-oriented politics and thus, one can assume with fair certainty that "extremism" is once again being encouraged in Europe. Uncover a money trail and it may lead from Anglosphere Intel agencies straight to the pockets of these emergent political parties.

It may not work this time, however. The Internet itself has provided a different perspective and many in both the US and Europe are painfully aware of the past century's manipulations. It may be that cultural movements emerging in Europe this time express the reality of the EU's unworkable condition rather than the fantasy of divide-and-conquer politics.

The problem with the EU is that it is an empire-building project, expressing the globalist ambitions of the Anglosphere. The idea was that the EU's basic unworkability would provide an impetus for yet further centralization.

But in this Internet Era, people may have figured out the manipulation and resent it. Instead of the instability of the EU driving political and economic centralization, it is driving further alienation and bitterness.

None of this has anything to do with a "sick man of Europe." Such a sickness would be easy to cure with various kinds of privatizations plus a conclusive reduction of government meddling and bureaucratic bungling.

The sickness in Europe is the same one that afflicts other parts of the world. It has to do with an overweening ambition to create globalism at any cost and to use mercantilism and government force to do so.