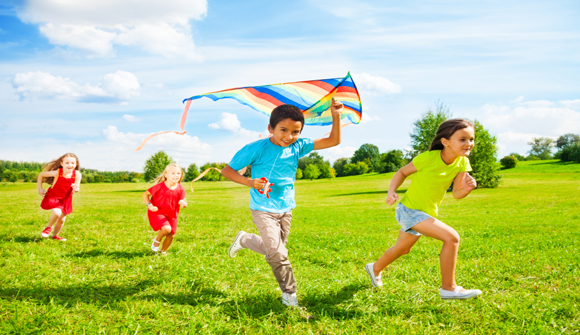 Parents around the United States are rallying in support of the mother and father of the so-called "free-range" kids, the ten-year-old and six-year-old brother and sister who were dragged into the national spotlight this year due to the harassment the family has endured at the hands of government officials for the crime of allowing their kids to freely wander the community without adult supervision.

It all started in January when bureaucrats employed by Montgomery County, Maryland, one of the wealthiest counties in the country, targeted the Meitiv family because the parents of the two children allowed them to walk home on their own from a park that is about a mile – approximately 5,000 steps – from their home.

Child Protective Services got involved and investigated the Meitivs for "neglect." That ended a month later in a finding of "unsubstantiated neglect," which left a permanent black mark on the family's official record and placed them squarely on the county's radar.

On April 12, Montgomery County struck again – this time with police nabbing the children as they walked home from the park at 6.pm. and holding the two for almost six hours with no dinner and no communication as to why they were taken off the streets.

According to reports, the police picked up the children after a man walking his dog called 911. The man can be heard on the recoding saying he witnessed the two walking home alone in their neighborhood and they appeared "dirty" – a ridiculous observation, as the two kids had been playing peacefully all afternoon that day at a local park.

Law enforcement claimed they held the kids for so long because it took them hours to track down the Meitivs, who had been desperately searching for their children in the community when they did not arrive home on time, though some people suspect it was done to scare the parents into submission and teach them a lesson.

Shortly after news broke that police had grabbed the children, parents across the country took to the Internet to condemn the overzealous bureaucracy for harassing two parents who are merely trying to instill a sense of responsibility in their kids in a country that prefers subservience and dependency in its citizenship to independence and personal accountability.

Pages on Facebook began popping up in support of the Meitivs and calling on governments around the U.S. to sanction or even do away with their Child Protective Services (CPS) divisions.

Lenore Skenazy, who runs the website "Free-RangeKids.com," appeared on multiple national news talk shows, making the case that parents should be the only arbiters as to whether their kids have the maturity to walk around unsupervised in their neighborhoods.

Undeterred, the Meitivs recently said they are not going to roll over for oppressive government and will be fighting back.

On April 14, the Meitiv's attorney, Matthew Dowd with the Wiley Rein law firm, issued a press release saying the family would be suing Montgomery County police and CPS.

"The Meitivs are rightfully outraged by the irresponsible actions of Maryland CPS and Montgomery County Police," said Dowd in the release. "We must ask ourselves how we reached the point where a parent's biggest fear is that government officials will literally seize our children off the streets as they walk in our neighborhoods."