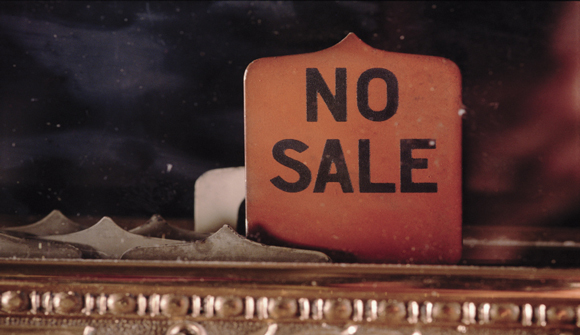 STAFF NEWS & ANALYSIS
Free Trade and the Real World
By Philippe Gastonne - May 19, 2015

In late 2013, Cisco chief executive John Chambers used a portentous phrase while telling analysts that sales in emerging markets were spiraling downward, forcing the networking equipment company to cut its three- to five-year revenue growth target: "We're the canary in the coal mine."

… Cisco was just the latest victim of globalization, the tantalizing but perilous business principle that has – quietly – counted among its casualties some of the world's largest companies. Indeed, although multinational executives avoid talking about it publicly, profits in global markets are underwhelming – and doing business internationally is full of unanticipated risks. – Washington Post, April 24, 2015

Globalization and international trade are in the headlines as Congress considers whether to give President Obama "Fast Track" negotiating authority for the Trans-Pacific Partnership. Opponents say TPP is less about free trade than giving privileges to special interests.

That may not be the point. The Washington Post article makes a different argument: globalization is a failed business strategy, at least in the way most corporations pursue it.

The theory sounded compelling. Lower manufacturing costs abroad would reduce prices for American consumers while raising the standard of living in foreign countries, whose consumers would then buy American goods. The process may have broken down at that last step, however.

Again from WaPo: " 'Even for the most successful multinationals, profit margins in international markets are on average lower than margins in the domestic market,' said Robert Salomon, a professor of international management at the NYU Stern School of Business. 'It's the liability of foreign markets. By virtue of the fact that you are foreign, you are at a disadvantage.' "

Tastes and preferences vary by culture; rarely will people on two different continents want to buy the same goods in the same way. Yet executives persist in assuming their product is a hammer and each new market is simply another nail.

This is a problem even for relatively similar cultures. Target, for instance, recently closed its Canadian locations to refocus on the US market. If leaping that barrier is problematic, then Target is certainly not likely to succeed in Germany or China. It is better off not trying.

Small businesses seem to have better luck playing both sides. Chinese restaurants in the US, for instance, often have two menus. American customers can choose from semi-Chinese cuisine adapted to American tastes. Chinese-American customers get the "real" Chinese food menu with selections that are more traditional.

Anti-trade government policies don't help. Free trade agreements like TPP never deliver truly free trade. Inevitably, they devolve into a giant set of compromises. Even proponents usually sell them as "not perfect but better than nothing."

Are agreements like NAFTA and TPP better than nothing? Maybe not.

Even if all legal trade impediments miraculously disappeared, businesses would still have to find ways to serve culturally different markets while preserving economies of scale. The evidence suggests this is harder than it seems, but some would surely succeed.

Yet we don't have such a world. Instead, would-be importers and exporters must navigate a dense and constantly shifting legal patchwork. This inevitably favors those who find ways to carve out their own private pathways.

The business lesson seems to be that, short of truly free trade for all, smart companies stay close to home. The political lesson is – or should be – that you can't be halfway free. Freedom demands total commitment.