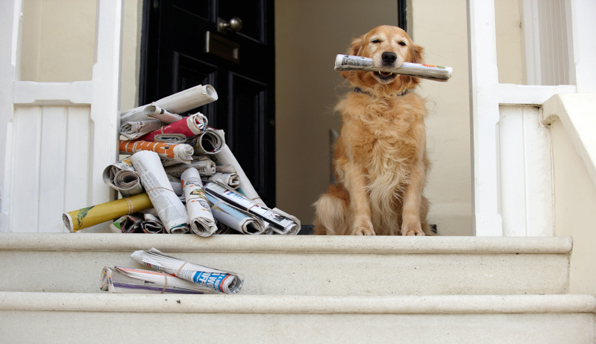 STAFF NEWS & ANALYSIS
Freedom Is No 'Fantasy,' as the NY Times Is Finding Out
By Staff News & Analysis - August 12, 2014

The Libertarian Fantasy … In the latest Times Magazine, Robert Draper profiled youngish libertarians — roughly speaking, people who combine free-market economics with permissive social views — and asked whether we might be heading for a "libertarian moment." Well, probably not. Polling suggests that young Americans tend, if anything, to be more supportive of the case for a bigger government than their elders. But I'd like to ask a different question: Is libertarian economics at all realistic? The answer is no. – Paul Krugman, New York Times

Dominant Social Theme: Those who believe in freedom are unrealistic.

Free-Market Analysis: Probably the most insufferable thing about this editorial is its smug tone. But running a close second is its tendency to err regarding facts. It's as if the editors have kinda … given up.

Recently, the Times published an opinion piece regarding wild fires without even mentioning the controversy over "controlled burns" and the lack thereof. We wrote about it here:

And now once more into the breach: Doesn't anyone fact-check Krugman's stuff? He obviously doesn't do it himself. He just gets in front of a computer and … types.

Here's more from this "editorial":

The point is that before you rage against unwarranted government interference in your life, you might want to ask why the government is interfering. Often — not always, of course, but far more often than the free-market faithful would have you believe — there is, in fact, a good reason for the government to get involved.

Pollution controls are the simplest example, but not unique. Smart libertarians have always realized that there are problems free markets alone can't solve — but their alternatives to government tend to be implausible. For example, Milton Friedman famously called for the abolition of the Food and Drug Administration. But in that case, how would consumers know whether their food and drugs were safe? His answer was to rely on tort law.

Corporations, he claimed, would have the incentive not to poison people because of the threat of lawsuits. So, do you believe that would be enough? Really? And, of course, people who denounce big government also tend to call for tort reform and attack trial lawyers.

More commonly, self-proclaimed libertarians deal with the problem of market failure both by pretending that it doesn't happen and by imagining government as much worse than it really is. We're living in an Ayn Rand novel, they insist. (No, we aren't.)

… As I said at the beginning, you shouldn't believe talk of a rising libertarian tide; despite America's growing social liberalism, real power on the right still rests with the traditional alliance between plutocrats and preachers. But libertarian visions of an unregulated economy do play a significant role in political debate, so it's important to understand that these visions are mirages.

It's really incredible. For thousands of years, people have managed to eat and drink without being poisoned – and without any advice from the Food and Drug Administration.

Apparently Krugman is not aware of the charges of corruption and malfeasance leveled at the FDA. Here is an excerpt from a paper published in the Journal of Law, Medicine and Ethics, Vol. 14, No. 3, 2013 entitled, "Institutional Corruption of Pharmaceuticals and the Myth of Safe and Effective Drugs."

Institutional corruption is a normative concept of growing importance that embodies the systemic dependencies and informal practices that distort an institution's societal mission. An extensive range of studies and lawsuits already documents strategies by which pharmaceutical companies hide, ignore, or misrepresent evidence about new drugs; distort the medical literature; and misrepresent products to prescribing physicians.

We focus on the consequences for patients: millions of adverse reactions. After defining institutional corruption, we focus on evidence that it lies behind the epidemic of harms and the paucity of benefits.

It is our thesis that institutional corruption has occurred at three levels. First, through large-scale lobbying and political contributions, the pharmaceutical industry has influenced Congress to pass legislation that has compromised the mission of the Food and Drug Administration (FDA). Second, largely as a result of industry pressure, Congress has underfunded FDA enforcement capacities since 1906, and turning to industry-paid "user fees" since 1992 has biased funding to limit the FDA's ability to protect the public from serious adverse reactions to drugs that have few offsetting advantages. Finally, industry has commercialized the role of physicians and undermined their position as independent, trusted advisers to patients.

These are serious charges: full-scale pharmaceutical lobbying has "compromised" the FDA; underfunding of FDA and reliance on user-fees generate bias within the agency; the commercialization of physicians via pharmaceutical pressure is undermining their role as "trusted advisors."

In fact, medicine, like any other good or service probably ought to be unregulated and subject to the Invisible Hand of competition rather than the whims of political patronage. It is mercantilism that is the problem of the West – a problem that grows greater with every passing year as the governmental institutions swell up like poisonous toads.

Wherever you look these days, US – and Western – institutions are failing: The IRS stands accused of using its awesome power to attack conservative/libertarian groups; the military-industrial complex, having failed in Afghanistan, now begins to bomb Iraq yet again after losing cities it once presented as "liberated"; central bank policies have not been able to generate employment even after six years of trying.

Even the European Union – never mind the euro – is struggling. Krugman's willful blindness to government corruption and dysfunction is evidently and obviously wrong-headed, though not a mystery: He is an ideologue with a determined point of view. What IS mystifying is why the Times lends platform to articles that are so easily discredited and that in aggregate are destroying what is left of the Times's business model.

Of course, we know part of the answer. The Times was part of an elite group of mainstream publications that participated in the CIA's Operation Mockingbird. During the height of the Cold War many top US publications vetted stories with US Intel and there's plenty of suspicion that this practice has never stopped.

In other words, the nation's media – consolidated and corporatized as it is – is also regularly "scrubbed" to ensure that reports are not inimical to entrenched interests. This is not only discouraging to those who rely on information for personal or professional decision-making, it also compromises the businesses themselves.

Officials at Facebook, Google and many other tech titans have recently found out that close working relationships with the military-industrial complex, while lucrative, can generate distrust that results in the abrogation of commercial opportunities abroad. China, for instance, will not do business with certain US tech firms because of questionable relationships.

This does not enter into Krugman's calculations. There is something called "government" that for him exists in an exalted state of purity, decoupled from the petty concerns and conflicts-of-interest of those who actually run the extraordinarily powerful institutions that comprise modern government.

As government is not subject to competition, there is no "governor" on agency activities and inevitably, the most powerful and wealthiest entities will come to control these agencies in ways that will benefit insiders at the expense of the general public.

In this Internet Era, such conflicts of interest and corruption are increasingly clear. The movement toward libertarianism, or at least the current repugnance that many feel regarding the evolution of Western governments, is not only apparent, it is also quite understandable.

It is not going away, despite Mr. Krugman's protestations. In fact, we've been predicting that disaffection with government and the activities of the power elite generally will continue to grow. It's not a reversible phenomenon. Eventually it will "peak" but not because people like Krugman are swaying public opinion, He's more likely "fanning" it …

Anyway, the Times's willingness to sacrifice institutional credibility is doing considerable harm to what is left of its franchise. (If we were shareholders, we'd revolt.)

Bottom line: This speaks volumes about the level of intimidation that Washington and its shadowy elites continue to employ. The fear under which the West's top business and political leaders labor seems powerful indeed.

We don't expect Krugman will write about that, either.