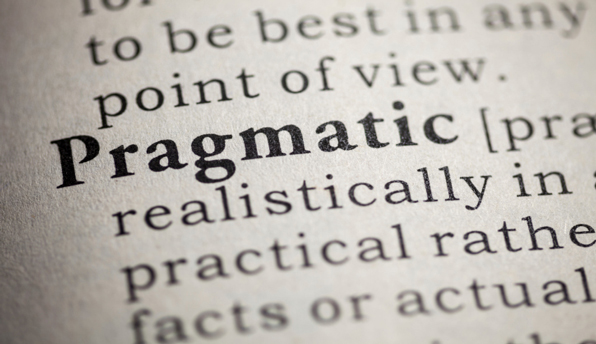 STAFF NEWS & ANALYSIS
Freedom Is Not Pragmatism
By Staff News & Analysis - May 13, 2014

Fighting for the future of conservativism … Establishment Republicans have been delighted by the victory of Thom Tillis, their favored candidate in last week's North Carolina primary. After expensive advertising campaigns by establishment bagmen like the U.S. Chamber of Commerce and Karl Rove's American Crossroads, mainstream conservatives believe they have a candidate who can beat Democrat Kay Hagan to win a valuable Senate seat in November. – Reuters

Dominant Social Theme: Dogmatists will win or not …

Free Market News: Here is an article about dogmatism versus pragmatism. The idea is that conservatives may be victorious in upcoming elections but even if they win they may lose.

This is along the lines of what we have been explaining in the recent past. The Tea Party is more than a label. It is a legitimate and growing movement, not only in the US but around the world.

However, this article then goes on to point out that when dogmatists win, then eventually the party begins to self-destruct.

The experience of conservative parties elsewhere suggests that when pragmatists triumph over dogmatists, the dogmatists either regroup and go on to overwhelm the moderates, eventually making the party their own. Or they set up their own party — and trounce the moderates at the ballot box.

That is happening in Britain. The Conservatives, once Britain's natural governing party, find themselves about to be pressed into third place in the European Parliament elections. They will be runners-up not only to the Labor Party but also to the populist United Kingdom Independence Party, their ideological nemesis. Like the Tea Party, the Independence Party has set itself up as the true conscience of conservatism.

There was a time when the European left was riven over dogma, with middle-ground Social Democrats jostling with hard-line Socialists. In Britain through the 1970s and 1980s, there was a three-way split, with middle-of-the-road Labor candidates noisily fending off assaults from the far left as well as Social Democratic reformers. This left Margaret Thatcher's Tories free to win three elections in a row.

In France the left was terminally split between the Socialists and the Communists — to the delight of the conservative Gaullists.

In both Britain and France, the rift on the left has been healed. Having suffered defeat after defeat, the moderates galvanized themselves and either purged their ranks of unelectable dogmatic Socialists or, in France, put their Communist rivals out of business for good. Pragmatism finally triumphed over dogmatism.

While the left was wising up, however, conservative parties on both sides of the Atlantic that used to win elections by giving short shrift to ideology began busily acquiring dogma.

In Britain, the Tories abandoned centuries of pragmatism and embraced Thatcherism – a heady cocktail of free-market ideas, suspicion of foreigners and a strident dislike of the centralizing powers of the European Union. This is the British equivalent of states' rights.

In the United States, a first run at radicalizing the Republican Party was made by the libertarian-minded Senator Barry Goldwater of Arizona, who won the GOP presidential nomination in 1964 but was trounced by President Lyndon B. Johnson. In defeat, the ultraconservatives did not give up. They instead transferred their affections to Ronald Reagan, an acceptable face of ideological conservatism who won the presidency twice in a row.

The article goes on to explain that the fruit of dogmatist victory split the parties involved. Thatcher gave way to Blair and Reagan gave way to Clinton.

That's what the article says anyway, but it's a simplistic analysis. Thatcher was kicked out of office by her own party. Clinton came to power when a third party split the vote.

But now there is a resurgence again of libertarian viewpoints. This time the tide is overwhelming and it is being fueled by what we call the Internet Reformation.

The article does not mention the Internet, however, which is perhaps to be expected given that it is a Reuters analysis.

And thus the conclusion is not especially accurate, either. There is an argument between pragmatists and dogmatists, but history shows us that it is not so simple.

Today the Tea Party, UKIP and numerous European parties provide evidence that this is not a dogmatic movement. Western regulatory democracies are increasingly authoritarian. People are reacting to taxes, price inflation, wars and criminalization of everyday activities.

To analyze what's going on as a debate between pragmatists and dogmatists suggests that we are living through another political cycle when what is occurring is something fundamentally different.

Today's confrontation is between those who want relief from Leviathan and those who support it for one reason or another.

Freedom is not pragmatism, and thus this construct is flawed.