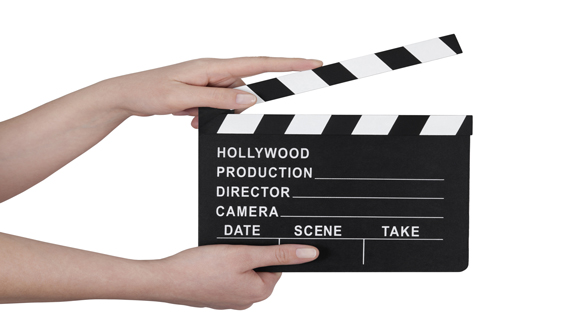 STAFF NEWS & ANALYSIS
From Obamacare to Single Payer – We Told You So
By Staff News & Analysis - December 12, 2013

Single Payer Is Getting a Second Life as Obamacare Frustration Peaks … Could anger at the Obamacare rollout make Americans more receptive to a kind of Medicare-for-all system? That's what activists are hoping—and they're plotting a state-by-state fight. As the rollout of Obamacare clunks forward, activists who opposed the law from the beginning say it is time to seize the moment, to tear down the current health-care edifice and start anew, especially now as frustration with the law's implementation is reaching a peak. – Daily Beast

Dominant Social Theme: What the hell happened to Obamacare? Why don't we just get rid of all this folderol and implement "single payer" sooner rather than later?

Free-Market Analysis: Yes, this indeed is what we've predicted. As aficionados of directed history, we observed the recent rollout of Obamacare and decided it was probably incompetent on purpose.

We don't have any direct evidence for this except that it is so terribly produced and so full of holes that any other conclusion seemed unrealistic.

We are supposed to think this is merely bad government planning? This kind of incompetence is well beyond the norm even for the US federal government. President Obama himself nixed any possibility of extending the deadline, so obviously the timing was more important than performance.

Or perhaps the excessive haste merely provided a kind of cover for the real intention, which was to produce a fatally flawed system. Perhaps the idea – as we speculated previously – is that the system is to offer evidence that quasi-market systems simply do not work. Enter single payer …

These are not Tea Party activists but advocates for a single-payer health-care system who say some of the problems with the launch of the Affordable Care Act—in addition to built-in problems with the law itself—have made the American public more receptive than ever to a Medicare-for-all kind of coverage system.

On Monday, Sen. Bernie Sanders (I-VT) introduced the American Health Security Act, which would require each state to set up a single-payer health-care system and would undo the exchanges that have plagued Obamacare. Meanwhile, various state-led efforts are under way that advocates hope will sweep the country statehouse by statehouse, as soon as lawmakers see the advantage of a single-payer system.

In Vermont, for example, lawmakers have set aside the financing and are already preparing to adopt a single-payer system when the federal government permits it, which according to provisions of the Affordable Care Act will be in 2015. In Massachusetts, Don Berwick, a former top Obama administration health official, is basing his campaign for governor on bringing a single-payer system to the commonwealth. And advocates in New York, Maryland, Oregon, and around the country say they see new energy around their cause.

"As the president fully understands, the rollout has been a disaster, the website has been a disaster," said Sanders in an interview moments after his bill was introduced in the Senate. "But the truth is, even if all of those problems were corrected tomorrow and if the Affordable Care Act did all that it was supposed to do, it would be only a modest step forward to dealing with the dysfunction of the American health-care system. When you have a lot of complications, it is an opportunity for insurance companies and drug companies and medical equipment suppliers to make billions and billions of profits rather than to see our money go into health care and making people well."

"I think the thing that is most interesting about government is that populism gets its biggest support not from Democrats but from what Republicans do," said former Pennsylvania governor Ed Rendell, who stressed that he did not count himself among the populist members of the Democratic Party. "They torpedo the Affordable Care Act, and I believe we will now have single payer in this country within the next 15 years."

Obviously, single payer is the goal of a large segment of the US electorate and the politicians that represent it. The strategy for the moment is going to be state-focused, according to the article. "They are turning to a legislature-by-legislature fight in statehouses across the country. Advocates in New York and California said they were counting on labor unions' opposition to the Affordable Care Act—some labor leaders have feared that their members may pay higher premiums under the law and have pushed for exemptions."

As we have written previously, another striking element of Obamacare is the contemptuous nature of its creation and passage. As we recall, it was rammed through Congress via a variety of dubious tactics and the implementation of such a flawed system was merely further evidence of the arrogance infecting Capitol Hill.

Of course, this has been going on for a long time – over a century anyway – and probably since the end of the Civil War. After the war, the hopes and dreams of individual citizens didn't matter anymore from the standpoint of those who stood behind the state because there was no methodology whereby disaffected individuals could damage Leviathan. Once secession was not an option, the modern state began its long and wretched trek forward.

And here we are today. Virtually any centralizing nostrum that appeals to the elite bankers who want to run the world can be passed by the US Congress and thence spread like a disease. And often these centralizations are run in unison.

Mexico, for instance, only recently adopted single-payer health care, and now the US is well on its way. Canada is already there as well. Now immigration becomes a central issue of the US's public debate, as if all this is not in a sense pre-planned.

No one in the mainstream media ever points out the larger trends or questions the weak justifications that are brought up to explain how the US national conversation always ends up accommodating globalism.

But it does, and so do US corporations. We heard a great deal about how the big insurance companies helped the Obama administration write Obamacare because it would benefit them. But now that the rollout is such a disaster, those same companies will have to battle the single-payer trend. Either those running these companies are insanely greedy and ruthless or they are plain dumb.

Or perhaps they and their CEOs are merely pawns in a larger game. Now we will hear that a different set of corporations are firmly behind "immigration reform." Always, it seems, US corporations are on the side of bureaucratic centralization and the tearing down of US exceptionalism.

That's surely the real reason the US remains a target. Its republican form of government – and its enculturation generally – continues to militate against world government. And thus, the US private enterprise system must be dismantled piece by piece.

Of course, it mustn't be seen that way. The trend must never be pointed out. People must continue to believe they live in a free society and that the gradual erosion of freedom around them is taking place by chance and happenstance.