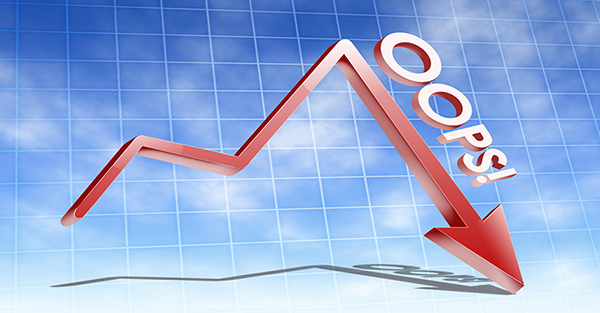 You’ve probably been following the news that FTX, one of the largest cryptocurrency exchanges in the world, is in hot water. And frankly that characterization is an insult to hot water.

FTX has already filed for bankruptcy. Potentially $10 billion or more of customer money is at risk. The new CEO states that the company’s internal controls were “a complete failure”.

And the company’s founder, Sam Bankman-Fried, has proven himself to be, at a minimum, an irresponsible, reckless child, if not a full-blown fraudster.

It’s easy to lay the blame exclusively on him. And he clearly deserves a lot of it.

But a failure (if not fraud) of this size cannot be perpetrated by a single individual. Even Bernie Madoff had accomplices. Or people who should have noticed but were totally negligent at their jobs.

In fact the Madoff scandal is a great example. Madoff’s firm had to undergo routine regulatory examinations. And yet, year after year, the Securities and Exchange Commission completely failed to notice the rampant fraud.

In the aftermath of the Madoff scandal, a US Department of Justice investigation concluded that in the SIXTEEN YEAR period between 1992 and 2008, the SEC had “more than ample information” and that they “could have uncovered the Ponzi scheme well before Madoff confessed.”

The report further blames the regulatory agency’s failure on “systematic breakdowns in which the SEC conducted its examinations and investigation.”

Talk about being asleep at the wheel…

In the case of FTX, there were also a lot of people who failed to notice what was happening.

Most notably, Sam Bankman-Fried became the #6 biggest political donor in the United States; 99.6% of his contributions went to progressive candidates.

Apparently not. Politicians happily cashed the checks and didn’t ask any questions.

This is an outrageous failure. Politicians constantly pass rules and regulations making financial compliance far more onerous for everyone else.

(If you don’t believe me, try going down to your local bank and withdrawing $25,000 in cash… and see how quickly they treat you like a criminal suspect. You’ll be there all day filling out forms and justifying your actions.)

But do they apply those same rules to themselves? Absolutely not. They just take the donations. It’s a despicable double standard.

Also culpable in this massive failure are the prominent venture capital firms who enabled this overgrown man-child to go rogue.

Sam Bankman-Fried raised at least $1 billion from investors, including firms like Softbank and Sequoia Capital.

Softbank, of course, is infamous for its enormous investment in WeWork, effectively encouraging CEO Adam Neumann to recklessly spend other people’s money.

It seems that Softbank didn’t learn its lesson, because they once again dumped a mountain of cash on a guy who is even worse than Neumann.

More importantly, however, Sequoia and Softbank are hard core, sophisticated investors. They have huge teams of lawyers, bankers, and analysts. And, even though FTX is a private company, as investors they would have had access to the company’s financial statements.

But they didn’t. They stood by once again in silence, enabling Bankman-Fried’s irresponsibility.

Despite this colossal failure of a major player in the crypto sector, however, it’s important to separate FTX (the company) from crypto (the idea, and the asset class).

In my view, FTX isn’t even a crypto business. It’s a financial institution, little different than Bank of America.

Whenever you make a deposit at Bank of America, that money becomes BOA’s asset. In other words, legally it’s no longer your money. It’s Bank of America’s money. You become an unsecured creditor of the bank.

And, subject to certain regulatory limitations, Bank of America can go and gamble away your money on crazy loans and investment fads.

We’ve seen plenty of examples of banks recklessly speculating with their depositors’ funds in the past. The entire 2008 financial crisis, in fact, was because banks gambled with their customers’ money. And it almost brought down the banking system.

This is basically FTX’s business model. They took in customer deposits, including cash and crypto. Those deposits became FTX’s assets, and customers became unsecured creditors of FTX.

Frankly this is the opposite of what crypto represents. Crypto is all about decentralization and transparency, and that no single person or group has control.

So FTX in no way represents crypto; it’s just another conventional financial institution that acted irresponsibly with other people’s money.

It’s not the first. It certainly won’t be the last. And its failure underscores even more how important a decentralized financial system is.

This is the topic of our podcast today.

I walk you through the history of several other industries, starting with railroads, that underwent spectacular financial bubbles rampant with fraud.

But even after the bubbles burst, the good ideas still remained.

Railroads were a great idea that fundamentally improved our civilization. And even after the railroad bubble burst in the 1840s, great companies and great technology remained.

The same goes for the Internet– it’s a great idea that has fundamentally improved our civilization. And even after the dot-com bubble burst in 2000, great companies and great technology remained.

Crypto is still a fantastic idea. It has the power to move the needle on human civilization.

(When you think about it, it seems almost bizarre that in 2022, highly centralized and bureaucratic financial institutions still exist and operate largely in the same way they did in 1822.)

And despite some of the recent failures in the crypto sector, some fantastic assets and great technology still remain.

You can listen in here.