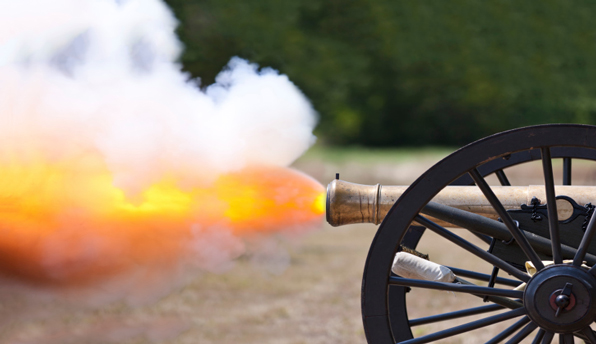 Jeremy Grantham: The Fed is killing the recovery … If you hate the Federal Reserve, you have a new hero. A few weeks ago, Jeremy Grantham, the co-founder of money management firm GMO, called newly appointed Federal Reserve chairman Janet Yellen "ignorant" in the New York Times. He also said the reason for the slow recovery was not the severe financial crisis, continued high unemployment, or the many standoffs in Washington. Instead, he blamed the Fed for ruining the recovery it was supposed to stimulate. To someone who believes in the laws of economics, it's hard to overstate how odd that claim is. It's positively bonkers. – Fortune

Dominant Social Theme: There is no central bank better than the Fed. It's absolutely necessary.

Free-Market Analysis: Fund manager Jeremy Grantham has put the blame for the US's endlessly degrading economy where it belongs – with the Federal Reserve.

The Fortune interview, as we can see, finds some of Grantham's conclusions to be bonkers. The biggest problem that Fortune has, apparently, is with the idea that Fed actions, and especially low interest rates, have had a negative effect.

Fortune: You believe the Fed's policies, particularly quantitative easing, have slowed the recovery. What's your proof?

Grantham: It's quite likely that the recovery has been slowed down because of the Fed's actions. Of course, we're dealing with anecdotal evidence here because there is no control. But go back to the 1980s and the U.S. had an aggregate debt level of about 1.3 times GDP. Then we had a massive spike over the next two decades to about 3.3 times debt. And GDP over that time period has been slowed. There isn't any room in that data for the belief that more debt creates growth.

Fortune: It's economic doctrine that lower interest rates boost the economy. Are you saying that's wrong?

Grantham: Economic doctrine says the market is efficient. My view of the economy is not really principle-based. Higher interest rates would have increased the wealth of savers. Instead, they became collateral damage of Bernanke's policies. The theory is that lower interest rates are supposed to spur capital spending, right? Then why is capital spending so weak at this stage of the cycle. There is no evidence at all that quantitative easing has boosted capital spending. We have always come roaring back from recessions, even after the mismanaged Great Depression. This time we are not. It's anecdotal evidence, but we have never had such a limited recovery.

Fortune: But the Fed does seem to have boosted stocks. Even if it did nothing else, doesn't a better market help the economy?

Grantham: Yes, I agree that the Fed can manipulate stock prices. That's perhaps the only thing they can do. But why would you want to get an advantage from the wealth effect when you know you are going to have to give it all back when the Fed reverses course. At the same time, the Fed encourages steady increasing leverage and more asset bubbles. It's clear to most investing professionals that they can benefit from an asymmetric bet here. The Fed gives them very cheap leverage on the upside, and then bails them out on the downside. And you should have more confidence of that now. The only ones who have really benefited from QE are hedge fund managers.

Fortune: Okay, but then I guess that means you think stocks are going higher? I thought I had read your prediction that the market would disappoint investors.

Grantham: We do think the market is going to go higher because the Fed hasn't ended its game, and it won't stop playing until we are in old-fashioned bubble territory and it bursts, which usually happens at two standard deviations from the market's mean. That would take us to 2,350 on the S&P 500, or roughly 25% from where we are now.

There's a lot to unpack here, including Grantham's perspective that the Fed can indeed drive the market much higher. He makes mention of 25 percent. This would mean Dow moves that would bring it near 20,000 – which is one of the numbers we've been mentioning.

This is a central banking market as no other market has ever been before. And there is no real recovery, as Grantham all but admits. Perhaps he has been reading The Daily Bell, because his statements are eerily similar to our own.

Of course, this is Fortune he is speaking to. Probably, if you were able to get a one-on-one, he might admit that what he describes as a limited recovery is none at all.

Grantham is not only honest about the stock market and the "recovery" – he also points out that low interest rates have been terribly destructive to savers and that quantitative easing has NOT stimulated capital formation.

Presumably, the actions of the Fed are aimed at creating a positive environment for business growth. But this interview strongly implies what we already know to be true – that Fed actions generally make the wealthy wealthier while doing little or nothing for the average investor.

More discouragingly, artificial interference in the marketplace cannot "help" anything, least of all businesses. Low interest rates can penalize some businesses before creating the foundation for more market bubbles. And it is impossible to build a healthy recovery based on flooding the economy with fiat money.

Our theory is that central bankers are purposefully undermining the world's economy so as to introduce a more globalist financial system. Grantham doesn't "go there" – but his statements are certainly blunt, especially for someone who is a mainstream fund manager.

This is a certainly an interesting article/interview and one that helps confirm our suspicion that the central banking meme is itself in jeopardy and is possibly failing.