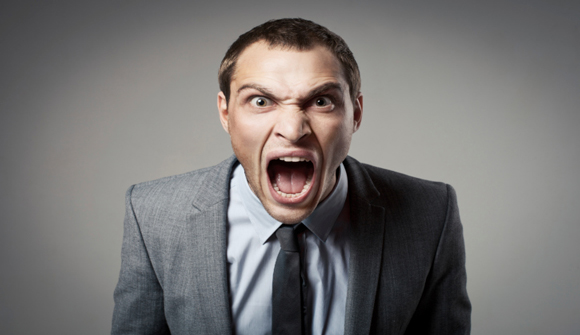 How Jeremy Clarkson lost his job as 'Top Gear' host … Jeremy Clarkson, hugely famous in the United Kingdom for his job as a presenter on the BBC's "Top Gear," is now a former presenter on the BBC's "Top Gear." The BBC sacked him Wednesday after wrapping up its investigation into "an unprovoked physical and verbal attack" by Clarkson on a member of the car show's production staff. – Washington Post

Dominant Social Theme: "Top Gear" was an important program and people are upset about its cancellation.

Free-Market Analysis: The furor over "Top Gear" clearly expresses the sickness at the heart of British society.

As in many authoritarian countries, people's resentments and grievances are often not recognized or properly expressed until triggered by an event too important to be ignored. The Clarkson firing has provided Britain with an outlet that may be seen as a good deal bigger than the actual occurrence itself.

The British press has decided the furor over his sacking has to do with his controversial personality and his "everyman" appeal. But it is perhaps more complicated than that – and worth noting because it sheds light on British stability and the tolerance of British society for repeated economic and sociopolitical blows.

"The magazine show is one of the BBC's biggest properties, with overseas sales worth an estimated £50m a year for the corporation's commercial arm, BBC Worldwide," according to the BBC. The show, which Clarkson hosted with Richard Hammond and James May, has an estimated 350 million viewers around the world, and the premiere episode of its 22nd season was simulcast in more than 50 countries.

… Although Clarkson's suspension and eventual termination stemmed from a physical altercation off air, many of his supporters saw it as a culmination of the BBC's past handling of the host's many controversies. "I'm signing because the far bigger evil is censorship via political correctness which the BBC have been indulging in for far too long," petition-signer Edward Prince wrote.

Daniel Harter wrote: "Jeremy Clarkson represents the view of the majority of the licence paying public. We are sick of paying our license fee to be spoon fed your political correct left wing crap. Let people speak their mind and exercise their right to offend. At the end of the day, if you are offended by something on TV/radio, turn it off?"

We've covered UKIP, for instance, the libertarian-oriented third-party that is shaking up British politics with its stance, among other things, on removing Britain from the EU. UKIP's continued high profile and ability to introduce a free-market oriented conversation into the tired political dialogue of Tory versus Labour is surely symptomatic of a deeper dissatisfaction with how Britain is run these days.

Of course, you won't read about it in the British press. The media in Britain is highly controlled and restricted, though that's not always obvious because it can be boisterous as well. But there is little in the way of fundamental criticism of the British system or the powerful influence that the banking class exercises on British society.

This media strategy is both thoughtful and canny. From what we can tell, the British Royal family is retained in part to distract attention from the powerful City of London and the financial and monetary control it exercises around the world.

The BBC is also an organ of social control. The wars that Britain is endlessly involved with, the galloping socialism that has swallowed up Britain's health care and many of its private businesses are all reported on by the BBC in a way that tends to obscure the reality of what's taking place.

Britain more than ever is run from the top down, it seems to us. A handful of gigantic corporations with direct or indirect ties to the City of London – itself a kind of independent entity within England – conspire with Parliament to guide Britain along a path that is not only socialist but is in a sense fascist as well.

The average person in England has very little input into his or her society, though Britain's essential authoritarian nature generates ever more taxes and regulations, seemingly on a regular basis. Combine this system with a feeble economy and a suffocating class structure and you have a recipe for continued and expansive individual discontent.

This is the REAL reason, we'd suggest, for the furor surrounding Clarkson. He's a millionaire and worked until recently for the "leftist" BBC, but somehow he has come to stand for the average Englishman who wishes badly to stick his thumb in the eye of the British system that he feels is oppressing him.

Perhaps we are reading too much into the furor surrounding Clarkson, but from our point of "Top Gear" has taken on an emotional heft that it ought not to possess. That a BBC presenter could be seen within this context as a kind "everyman" martyr is certainly unusual.

The entire fracas is perhaps a metaphor for something much more serious. It is signaling to us that the sickness deep within British society is bubbling to the surface. It is thus a continuation of a more profound trend that may prove increasingly destabilizing …