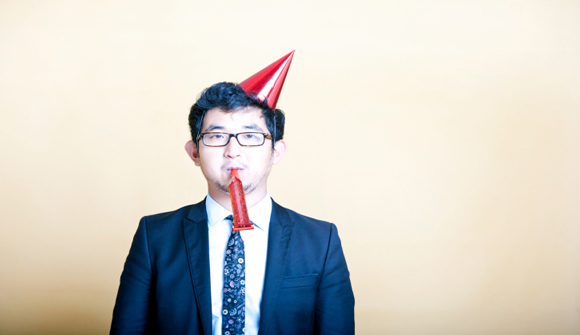 Global deal on growth as G20 agrees to add 1.8pc to economic output … A GLOBAL deal on growth appears on track to create millions of jobs after the world's most powerful finance ministers announced plans to add at least 1.8 per cent to their combined economic output. The G20 finance summit has ended in Cairns with a renewed commitment to a growth target that is meant to add $2 trillion to the world economy, in a positive sign for Australia's leadership of the group this year. – The Australian

Dominant Social Theme: We can all relax now. The politicians at the G20 decided that their economies should grow.

Free-Market Analysis: Every time we believe the heights of economic ridiculousness have been reached, we find there is yet a further peak proffered.

In this case, as you can see from the excerpt above, we are being solemnly assured that the world's "most powerful finance ministers" have decided in their wisdom that they will soon add US$2 trillion to the "world economy."

How are they going to produce this feat? Well … the article doesn't exactly say. But when the world's most powerful ministers decide on something, surely they'll follow through. Won't they?

"It is critical that we take concrete steps to boost growth and create jobs." While observers warn the global forum is not acting fast enough to deliver on its rhetoric, the meeting of finance ministers and central bank governors issued a formal communiqué that commits to actions to lift growth.

Central to the agenda is a growth ambition agreed in February to add 2 per cent over the next five years to collective growth when compared to a "business as usual" scenario without new action. G20 members have submitted about 900 plans to reach the target, ranging from workplace participation programs to infrastructure investments and competition reforms, but the Cairns summit concluded these were not enough to meet the target.

The communiqué said the preliminary analysis of the plans showed collective growth could be 1.8 per cent higher. "These measures, along with macroeconomic policies, are designed to lift global growth and contribute to rebalancing global demand," the statement said.

"Implementation of these measures is also essential to foster private sector growth, to give our citizens more opportunities to improve their living standards. The country plans will not be released until Tony Abbott hosts G20 leaders, including US President Barack Obama and Chinese President Xi Jinping, at a summit in Brisbane in November.

"In the lead-up to the Brisbane summit, we will continue to identify a series of additional measures to meet our collective growth ambition," the communiqué said. "We will hold each other to account in implementing these policy commitments."

What's fascinating about the above drivel is that it simply doesn't carry the persuasiveness that it used to. In the US, some 25 percent of citizens in a recent poll expressed a desire to secede – and presumably that secession would encompass taking leave of "powerful" financial ministers, and perhaps the Fed as well. Presumably, some 1.5 million Scots were willing to take similar risks when they voted to leave Britain last week.

There's nothing especially mysterious about the skepticism now affecting Western masses. The EU, Britain and the US have been announcing "plans" to create a recovery for five years now, and no real recovery seems in sight despite higher stock market highs.

It's a changing environment from the standpoint of citizens' relationship to power, as we often point out. The credulousness is diminishing as dissatisfaction rises.

This G20 meeting and subsequent reports are surely not going to do anything to improve the situation. Even the language announcing G20 strategies offers more questions than answers.

The G20 nations are "committed" to growth, we learn. To this end some 900 "plans" have been submitted. And most ludicrously, "a growth ambition" is expected to add "2 per cent over the next five years … when compared to a 'business as usual' scenario without new action."

Of course, this initial growth ambition was apparently agreed to in February, so we're not quite sure why it's popping up now. Presumably it sounds positive – and impressive, too. And that is really the point, because certainly there's nothing substantive in these giddy plans.

We're supposed to believe, for instance, that political programs are going to bring predictable growth. The G20 pols apparently do; they're celebrating predictions as if they are fact. But we've heard the predictions before. The EU is very good at making predictions – but none of them have been realized. Abenomics was a Japanese plan that was sure to ignite the dormant economy of the Land of the Rising Sun. Only it didn't.

In the US, 50 million are on food stamps and over 100 million are out of work. The Obama administration and the Federal Reserve have both implemented numerous surefire strategies but nothing really seems to work.

We live in the age of the "expert" and are supposed to believe that if people are berthed at government bureaus they are somehow imbued with infallibility or at least a level of wisdom that is not achievable by those in the private sector.

It's simply not so. Economic prognostication DOESN'T work. It's a fiction. It doesn't matter how accredited the individuals are or how many degrees they have or impressive titles – when they attempt to implement programs that are sure to be successful, they almost always end up with failure.

The whole idea of the modern technocratic state run by "democratically elected" politicians and managed by credentialed technocrats is to make people feel increasingly powerless. The idea is to drive globalism by stripping people of self-confidence. The world, you see, is far too complex to be navigated by the common man.

One can certainly comfort oneself with the fairy tales presented in this G20 communiqué. But we've had plenty of time to experience the success rate of such. In fact, these plans come in two flavors in the modern day: Either the government intends to "create" jobs or the central bank intends to inflate – to "ease" in modern parlance.

Since creating jobs is hard, expensive work, most government pump-priming plans don't see a high level of implementation these days. It's much easier and more lucrative (at least for the people involved) to print money.

And boy, do they ever. Some US$50 trillion in the past six years or so. And now, we're told, the G20 nations are going to do even more of it!

Assuming the lack of a near-term catastrophic crash, the G20 might just as well announce "Governments affirm money-supply hyperactivity. Stock markets headed into the stratosphere." This isn't just a Wall Street Party these people are planning. It's a worldwide celebration.