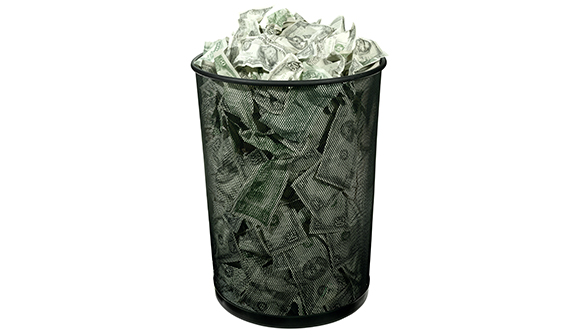 Feldstein: Why Inflation Is Low … Why has quantitative easing coexisted with price stability in the United States? Or, as I often hear, "Why has the Federal Reserve's printing of so much money not caused higher inflation?" Inflation has certainly been very low. During the past five years, the consumer price index has increased at an annual rate of just 1.5%. The Fed's preferred measure of inflation – the price index for personal consumption expenditures, excluding food and energy – also rose at a rate of just 1.5%. – Business Insider

Dominant Social Theme: Inflation is a rise in prices.

Free-Market Analysis: This article makes good points, but why does it begin with the idea that inflation is by definition a rise in prices?

Inflation is monetary and must precede a rise in prices. One is an instigator, the other a result.

Not for the author of this article, though. Even if he seems eminently qualified to address economics …

According to Wikipedia, the author, Martin Stuart "Marty" Feldstein, is "currently the George F. Baker Professor of Economics at Harvard University, and the president emeritus of the National Bureau of Economic Research (NBER)."

But Feldstein is not just an academic. "From 1982 to 1984, Feldstein served as chairman of the Council of Economic Advisers and as chief economic advisor to President Ronald Reagan. He has also been a member of the Washington-based financial advisory body the Group of Thirty since 2003."

If someone who has traveled at the highest levels of Western finance does not know – or pretends not to know – the most fundamental points about economics, what possibilities are there for widespread financial literacy?

Throughout human history, it has been understood that if one debases the money supply, one is logically inflating it. There cannot be any argument on this point because it is anchored in unassailable logic.

The idea that inflation is a descriptor of price rises is a thoroughly Keynesian one. John Maynard Keynes contributed a good deal to the economic dialogue of modernity, most of it by way of obfuscation.

He didn't recognize the monetary nature of the business cycle and as we have just mentioned helped invent another way of describing inflation, by attributing it to demand rather than supply.

Today, it is difficult to find an adequate description of inflation. Here is Investopedia's:

Inflation is defined as the rate (%) at which the general price level of goods and services is rising, causing purchasing power to fall. This is different from a rise and fall in the price of a particular good or service. Individual prices rise and fall all the time in a market economy, reflecting consumer choices or preferences and changing costs. So if the cost of one item, say a particular model car, increases because demand for it is high, this is not considered inflation. Inflation occurs when most prices are rising by some degree across the whole economy. This is caused by four possible factors, each of which is related to basic economic principles of changes in supply and demand…

But Investopedia is actually defining PRICE inflation, which is the result, not the cause. Wikipedia comes closer:

The term "inflation" originally referred to increases in the amount of money in circulation, and some economists still use the word in this way. However, most economists today use the term "inflation" to refer to a rise in the price level. An increase in the money supply may be called monetary inflation, to distinguish it from rising prices, which may also for clarity be called 'price inflation'. Economists generally agree that in the long run, inflation is caused by increases in the money supply.

Simply stating that "most economists use the term 'inflation' to refer to a rise in the price level" does nothing to clarify how this confusion came about, and even less how it took hold.

And the last sentence of the definition only adds to the problem: "Economists generally agree that in the long run, inflation is caused by increases in the money supply."

No, no. Inflation is the ACT of expanding the money supply. What comes after that is PRICE inflation.

It is significant that even the basic terms of economic art have been distorted and abused in the 20th and now the 21st century. This is no small matter. When even the fundamental issues of economic life are misrepresented, then how is one to have a meaningful discussion?

It is difficult to shake the perception that Keynes's ideas were introduced, or at least popularized, by the powers-that-be, in order to confuse the conversation and obfuscate rational inquiry.

Until clarity returns to economics, we cannot expect successful results.