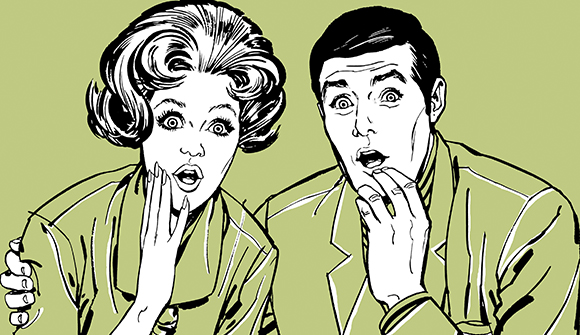 Egypt needs elections, not generals … Mohamed Morsi's one-year rule of Egypt was disastrous. He ruled by fiat, alienated potential allies and failed to stabilize the country's spiraling economy. But a military coup is not an answer to Egypt's problems. It will exacerbate, not ease, Egypt's vast political divide. The Egyptian military's primary interest is maintaining its privileged role in society and sprawling network of businesses. Like the Pakistani military now and the Brazilian military in the past, its desire to maintain its economic interests will slow desperately needed economic and political reforms. There is little reason to have faith in Egypt's broken political process at this point. But the best way to ease the country's bitter divisions are immediate elections that include the Muslim Brotherhood. – Reuters

Free-Market Analysis: In our initial analysis of the Egyptian political mess, we wondered if the Anglosphere, in particular Foggy Bottom and Washington DC, hadn't been dealt one of the most significant setbacks of recent imperialism.

While we confessed we didn't know, it is beginning to look a lot more that way to us. Why? Because Washington especially has been inextricably involved in the many "color" revolutions of the Middle East and Africa – and this one just folded up its tent-pole.

For one reason or another, the West has wanted to destabilize wide tracts of Africa and the Middle East and then even more puzzlingly has presided over the formation and spread of Islamic democratic republics. Egypt was just such a case in point.

But increasingly, it seems something went wrong in Egypt once the Brotherhood was installed. Not only did they not observe the (misleading) niceties of regulatory democracy; more egregiously they declined a loan from the International Monetary Fund that would have put the IMF and its Western associates firmly in charge of Egypt's destiny.

And so … exit the Muslim Brotherhood and enter, once more, the Egyptian military – Washington's main ally of power in the Upper and Lower lands of the Nile.

This is not a tidy adventure, however, but an evident and obvious cobbling together of what influence remains. Washington and its Western partners have apparently played a bad hand. The ally they thought they were installing proved undependable for a variety of reasons.

Thursday's wide crackdown on the Brotherhood, which ranged from the issuing of arrest warrants for 200 Islamists to the shutdown of pro-Brotherhood television stations, were steps in the wrong direction. So was the return to power of several Mubarak-era officials identified with Egypt's "deep state," a reference to the powerful security branches of the Mubarak government.

"Political inclusiveness is the only way forward," said Lauren Bohn, an American journalist who has covered Egypt. "And many worry they won't see much of that in the days ahead." First, many different – and seemingly contradictory things – are occurring in the country.

The protesters that have filled Tahrir Square, David Ignatius noted Wednesday in the Washington Post, are a genuine citizens' movement. They are demanding basic rights, an accountable government and dignity. Most important, they will not accept autocratic rule from military dictators or Islamist political parties.

The same can be said of the protesters in Istanbul's Taksim Square. The remnants of Iran's Green Movement, who elected a relative moderate as the country's new president, roughly fit that description as well. All these developments are positive and a sign of empowered citizens making legitimate demands of their governments.

But other things occurring in Egypt are not. The country's political elite is deeply polarized. The secular opposition and its Islamist opponents disdain one another. Any semblance of trust or compromise has disappeared. In Tahrir Square, some protesters carried signs calling for the Obama administration to stop supporting the Muslim Brotherhood's "fascist regime." They scoffed at the idea that the Brotherhood would ever allow free elections.

They insisted that they were stopping a Brotherhood plot to turn Egypt into a theocratic state that resembled Afghanistan after the Taliban. Brotherhood supporters, meanwhile, were heartbroken, seeing the coup as a re-assertion of the military rule they have struggled to end for decades. They claimed the opposition had a "personal vendetta" against the Brotherhood. And they called the current struggle "an existential battle" with the military they will not lose.

In a trenchant analysis in The New Republic, Nathan Brown, an expert on Islamist political movements, offers a detailed list of the colossal mistakes Morsi made in office. But he also warns about what happens next. A crackdown on the Brotherhood, Brown suggests, could result in some of its members embracing violence. "It would be wise for those who are now victorious in Egypt to remember that the issue is not only what the Brotherhood learns," Brown wrote, "the issue is also what Islamists are taught."

For the Obama administration, the coup is a minefield — and a second chance. Washington's influence is enormously limited in Egypt. Thirty years of backing Egyptian military rulers who embraced peace with Israel have left Washington with no credibility. Many members of the secular opposition are convinced the Obama administration placed the Brotherhood in power. Islamists, however, see an American hand behind the coup that toppled Morsi.

This last point is an incredibly important one and Reuters has obfuscated instead of providing us with the obvious explanation that both perceptions are correct: Washington connived to place the Brotherhood in power and then regretted its strategy and turned to the Egyptian military to remove the Brotherhood.

It's easy to see. But having seen, we are left with the same intractable question as Western and NATO policymakers.

1. The Egyptian military is doubtless as riven as the body politic. In other words, the military will not continually prove to be a knee-jerk ally of the West. This means over time, the West's internationalist wing that is managing this continued insurrection will have more and more difficulty controlling events. We would not be surprised if there are calls for direct NATO involvement to "salvage" democracy.

2. There are no easy alternatives now. Having muffed its initial puppet government (post-Mubarak), Western strategists attempted a panicky ascension of Mohamed ElBaradei, which has also been stalled. There are now said to be talks between the US, ElBaradei and the even more extremist Islamic Nour Party. It has been floated that Nour is being positioned to take over and create an even more extremist theocratic government. It is hard to see this happening just as it is hard to see a coalition between Islamists and secularists. Another alternative would be an outright military caretaker government. All of these seem somewhat impractical which leaves …

3. Some sort of weird situation in which Egyptians will be free to choose, at least to some degree, their own aggregate destiny. Of course, given that we are generally skeptical of regulatory democracy, we figure whatever takes place will ultimately prove repugnant. But logic also leads us to wonder if the US and the West generally is not experiencing a mighty and unexpected reversal in which, for the first time in modern memory, a culture is refusing to be directly manipulated.

It's easy to relate all the above. But having analyzed it at least to a degree, we are left with the same intractable question as Western and NATO policymakers. What to do next?

We will leave this article by wondering as we have before if the Egyptian disaster is yet further evidence of what we have come to call the Internet Reformation.

It seems obvious to us that the Egyptian populace, or at least a portion of it, is quite well aware of Egypt's past manipulations – and no doubt the Internet era makes this increasingly possible. Ordinarily, as in the 20th century, the populace only becomes aware of its manipulation after the fact. The current environment seems most unusual to us.

Like you, we will await further confirmation of the various trends unfolding in Egypt. Meanwhile, we gaze upon this scene as people once observed the pyramids, with increasing awe and amazement …