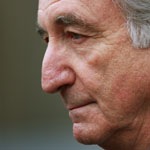 The US raised the stakes in its drive for an aggressive response to the global financial crisis on Wednesday, calling for a tripling of the International Monetary Fund's firepower and bigger fiscal stimulus measures worldwide. Tim Geithner, US Treasury secretary, called for the radical changes ahead of the Group of 20 finance ministers' meeting in the UK this weekend. "Lots of things that did not seem realistic in the past are not just realistic but compelling," he told reporters. "Forceful financial sector actions are critical to rebuild confidence, restore market functioning, get credit flowing again and bring stability to the global financial system." The US proposed that the IMF, which has about $250bn in easily usable resources, should get up to $500bn more to help it combat instability in crisis-struck countries. Mr. Geithner said that each G20 country should set a target of spending 2 per cent of gross domestic product for 2009 and 2010 in fiscal stimulus, and that the IMF should monitor progress towards that goal. – Financial Times

Dominant Social Theme: We need global governance to solve a global crisis. The IMF is up to the task.

Free-Market Analysis: In the March 9th issue of the Daily Bell we ran an article entitled, "IMF gives itself an 'F' in spotting financial crisis." And we surmised in our analysis that the reason the IMF was publicly criticizing itself had little to do with a need for self-flagellation. Instead, it wished to set the stage for others to make a case for even greater power being concentrated in its hands.

It seemed to us then, and seems to us now, that this was a most clever ploy –to indicate incompetence in order to be further compensated in terms of funding and regulatory power. But that's what is going on. The humble IMF, one of the most dysfunctional international bodies on the planet and self-admittedly deserving of an "F" for its failed ability to forecast the financial crisis has managed to pull it off. Incredibly, the IMF is now being trumpeted by the top politicos of G-7 nations as the ideal body to bring stability to the global financial system.

What exactly is Mr. Geithner really saying when he says, "Lots of things that did not seem realistic in the past are not just realistic but compelling"?

Well dear reader, we confess we have a few paranoid thoughts about this sort of statement. And also about what UK Prime Minister Gordon Brown, US Federal Reserve chairman Ben Bernanke and others apparently have in mind. So, once again, we shall don our paranoid hat (PH) and break it down.

Many observers of this financial crisis, usually those armed with a knowledge of free-market, or Austrian economics, know that the current financial mess is the result of monetary inflation. And most would argue that the privately controlled

Federal Reserve is responsible for creating the very monster it purports to be protecting us from – inflation.

America's founding fathers understood that in order for money to be reliable and garner the confidence of those engaging in trade, it had to be backed by an asset. And for thousands of years the free-market – not a government sanctioned central bank – determined that asset to be gold, silver or both.

An important reason is that an honest money supply backed with real value, gold and silver, cannot easily be inflated without obvious complications. The opposite is true of fiat money. There is no intrinsic value underlying the paper notes that circulate the globe today — which makes inflation an absurdly easy task. The gold standard is long gone.

The whole idea is, obviously, to confuse the public into believing the bankers' "fiat" money is real. One way you do that is to ensure a government monopoly – which bestows both legitimacy and perceived value. It also helps if you control major media outlets (and thus the message), plus the political dialogue. Even better, do the same thing in a number of countries and then band them together in neat little international associations that are erected, not elected – like the IMF.

A PH interpretation might suggest that the outcome of the G-7 meetings was preordained and that the meetings themselves were only for show. Also that Western leaders would not be discussing the need to dismantle the current central banking system, nor replacing it with honest money – which could quickly bring back justified confidence in the world's financial markets. After all, the meetings really weren't meetings focused on reality, were they? As Geithner says, "Lots of things that did not seem realistic in the past are not just realistic but compelling."

Of course now that the meetings are over, attendees have real work to do. Time to rev up the propaganda. So what are the G-7 leaders – who met recently — saying in advance of the G-20 April meeting? Well we have the US Treasury Secretary telling us that forceful financial sector actions are critical to rebuild confidence. And this on the heels of Gordon Brown's recent statements reported by the Guardian where he said that he wants to increase the funding of the IMF … and also give the fund powers to direct nation states to respond to its surveillance reports.

Couldn't one wearing a PH conclude that the purpose of such commentary is to serve the interests of a centralized power? Couldn't one also assume that the monetary elite is increasingly uncomfortable with the growing audience of free-market thinkers that exists outside the control of the mainstream media cartel? And couldn't one further deduce that this discomfort has increased the urgency with which a further centralization of regulatory power is taking place.

OK, off with the PH hat. Whether or not the IMF is granted the power to govern global marts is probably irrelevant. What is relevant is that realistic solutions are not likely to be proposed by the current Western leadership. If gold and silver backed currency, or free-banking for that matter, was being seriously discussed, or discussed as an option at all, then we would be much more positive about the possibility. But it is not. And it won't be. So the best thing any of us can do is take matters into our own hands. Employ human action to secure our wealth and family's future. Do not wait for central bankers, government or international regulatory agencies to do it for you. If you wish to wait, you will wait a long, long time.