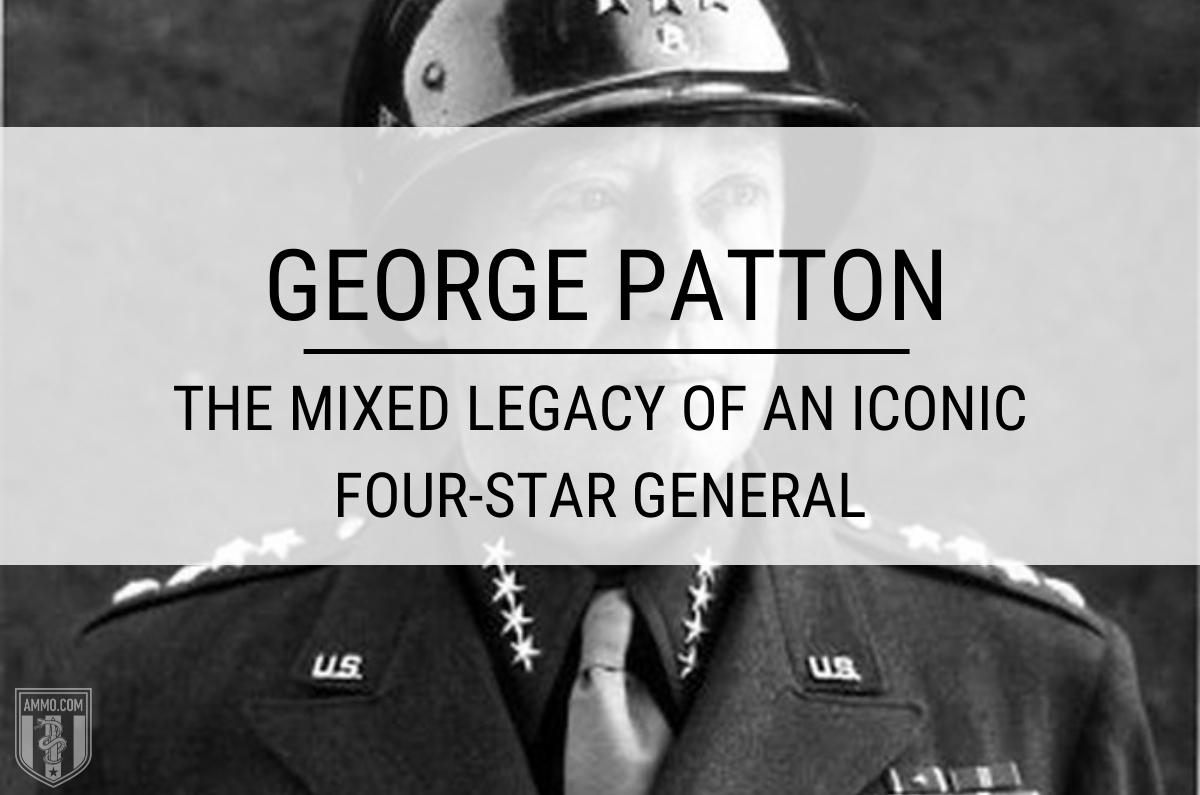 Never again will there be a man like George S. Patton. The four-star general wasn’t just a great man on the field of battle, he was also an inspiring paragon of American values and civic virtue, a tale of man’s will to overcome.

Despite being an avid reader, Patton struggled to learn how to read at an early age but was an otherwise excellent student at Stephen Clark’s School for Boys, a private school in Pasadena. He liked to read classical military histories. After spending two years at the Virginia Military Institute, he transferred to West Point where he continued to struggle with reading and writing, but excelled during inspections and drills.

While at West Point he earned the ranks of sergeant major during his junior year, and the cadet adjutant his senior year. He played football before an arm injury thrust him into the worlds of fencing and track and field.

In 1909, he graduated 46 out of 103 cadets and received a commission as a second lieutenant in the Cavalry branch of the United States Army.

His first posting was with the 15th Cavalry at Fort Sheridan, Illinois. He quickly earned a reputation as a dedicated, driven leader of men. He became friends with Secretary of War Henry L. Stimson, serving as his aide, as well as quartermaster of his troop.

In 1912, he competed in the modern pentathlon at the 1912 Olympics finishing in fifth place, behind four Swedes. He was the only American in the competition. All were military officers. As a junior officer, Patton served with distinction in the Pancho Villa campaign and even designed a new kind of sword for the cavalry. However, his country was about to go off to war and Patton was about to fall in love. 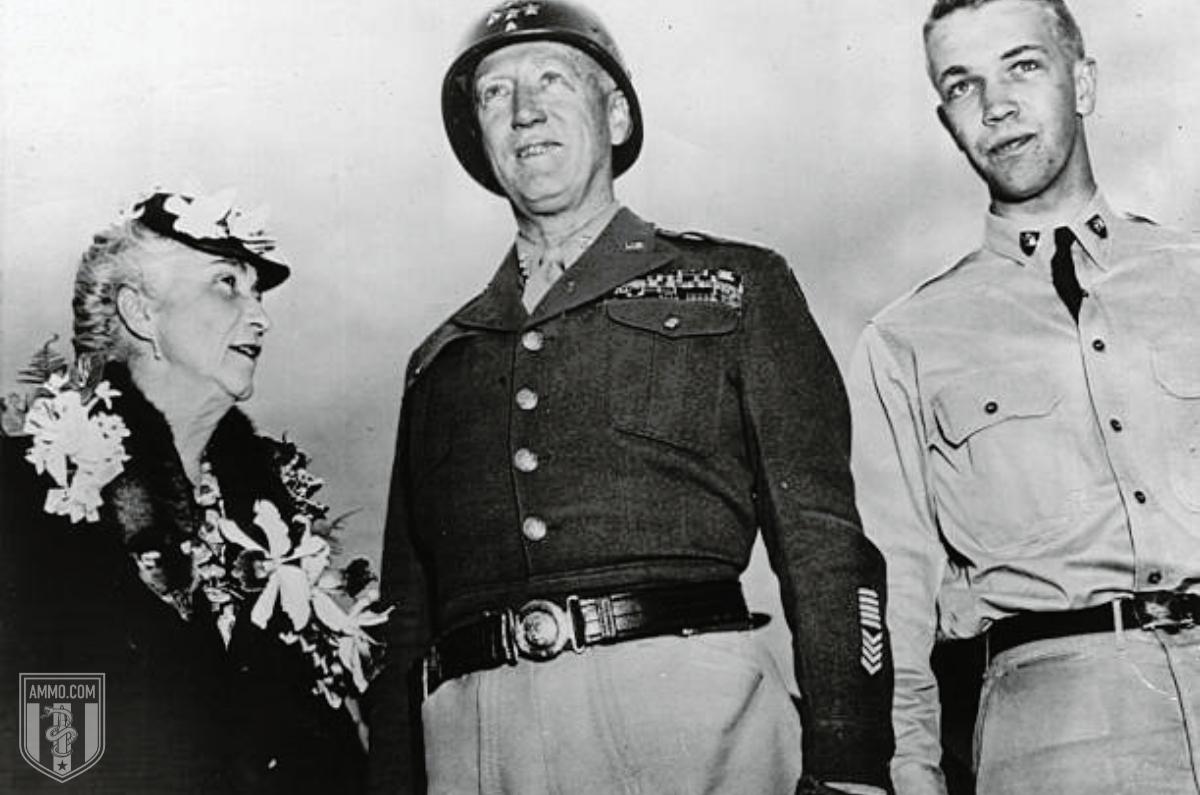 Patton’s Love Affair With the Tank

Patton was originally assigned to horse procurement stateside. But after the personal intervention of General John J. Pershing, Patton was sent to Europe as part of the American Expeditionary Force. Patton immediately became dissatisfied with the cavalry, taking an interest in tanks.

While in the hospital, Patton met Colonel Fox Conner, who encouraged him to work with tanks instead of infantry.

In 1917, Patton was assigned to establish the Army Expeditionary Force Light Tank School. He personally observed the manufacture of tanks and was promoted to major in 1918. When the school opened, Patton was the one to back the tanks off the delivery truck. Later in 1918, he was promoted to Lieutenant Colonel and attended the Command and General Staff College.

Upon its debut, Patton was placed in charge of the U.S. 1st Provisional Tank Brigade, part of the American First Army. Here, his bold command style was already making him something of a minor legend. He commanded his unit wounded from a shell hole for an hour, braining a man with a shovel and possibly killing him because he refused to work. He received the Distinguished Service Medal and the Distinguished Service Cross.

Patton Between the Wars

After the war, he was returned to his regular rank of captain, though he was promoted to major the next day. Commissioned to write a manual on tank operations, he became convinced of tanks as their own entity separate from infantry support.

Unfortunately, the Army did not move to create a serious tank corps until 1940. Much of Patton’s interwar years were spent in abject boredom, as he detested the life of a peacetime staff officer in the cavalry. While assigned to the Office of the Chief of Cavalry in Washington, D.C., Patton began to formulate his ideas of tank warfare.

The biggest event between the Wars for Patton was his encounter with the Bonus Army. This was an “army” of veterans who had marched on Washington to demand early payment of “war bonuses,” the returns on war bonds, during the Great Depression. Under orders from General MacArthur, Patton dispersed the group with tear gas and bayonets. 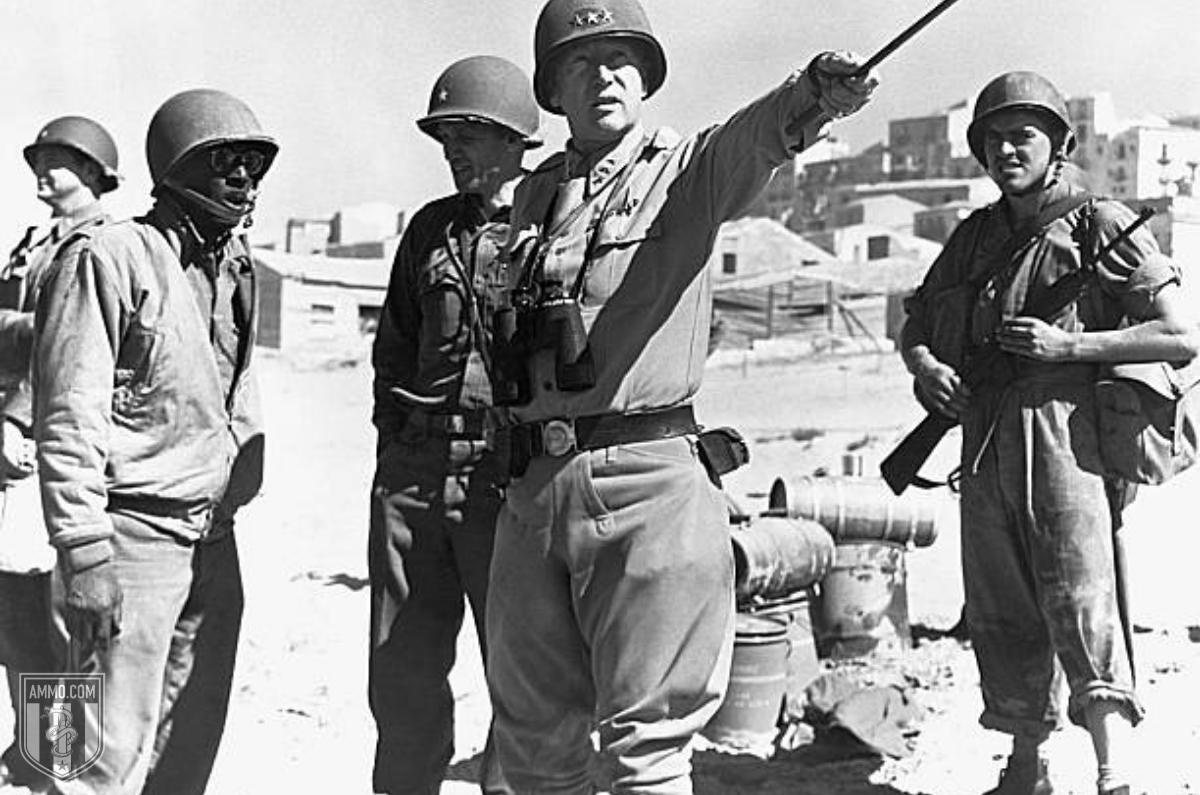 Patton was sympathetic to the Bonus Army’s demands, and he found the manner in which he dealt with them to be the most distasteful episode of his military career. However, he never expressed regret for breaking them up. Patton believed that the Bonus Army would have created an insurrection, resulting in violence and the destruction of property if unchecked.

Less known is Patton’s role in identifying Japanese aggression early on. While a lieutenant colonel in the Hawaiian Division, he wrote a paper on how to intern Japanese citizens in the event of a surprise attack by the Empire of Japan. Written in 1937, it was described as “chillingly accurate” after the Pearl Harbor attack.

Patton yearned for war. He eventually turned to drinking and an alleged affair with his 21-year-old niece by marriage. Accounts differ as to whether he was having an affair or simply trying to be boastful.