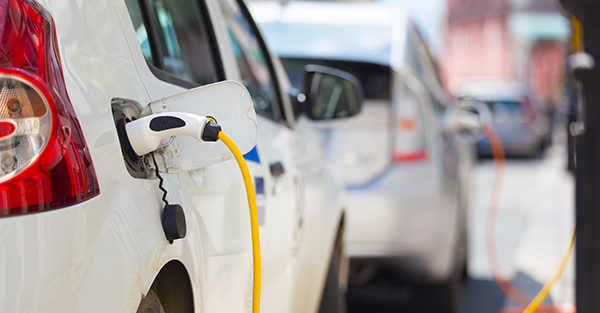 Germany to launch 1 billion-euro discount scheme for electric car buyers …Germany is set to launch a new incentive scheme worth about 1 billion euros ($1 billion) to get more consumers buying electric cars as it struggles to meet a target of bringing 1 million of them onto its roads by the end of the decade. The costs of the incentives, similar to those already established in some other European countries, are to be shared equally between the government and automakers with a view to selling an additional 400,000 electric cars, – Reuters

Now it seems the truth begins to emerge about the VW “diesel scandal.” Through happenstance or on purpose, one popular form of transportation is under attack, while another less popular method is being promoted.

It’s electric versus gas and predictably government is promoting electric transportation. Volkswagen’s problems are just as predictably spreading to other car companies. An article in The Wall Street Journal tells us the following:

“Porsche, Audi, Mercedes and GM’s Opel division in Germany are recalling cars for failing emissions tests. In France, Renault and Peugeot have been raided by the police. Japan’s Mitsubishi admitted on Tuesday that it had been fudging mileage data for 25 years, putting the company’s survival in doubt.”

In the US, 48 state-level attorney generals are “investigating” VW, according to a late March article by Eric Peters posted at LewRockwell.com.  A federal probe aims at “milking” $46 billion out of VW and its additional brands, Audi and Porsche.

The Justice Department accuses VW of “violating clean air laws,” but the interesting thing about that is the “laws” at issue are actually regulatory edicts issued by EPA …

The automaker is accused of embedding code in the software that controls the operation of its TDI diesel engines (about 580,000 of them) that enabled them to get through Uncle’s Byzantine emissions testing protocols while emitting “up to 40 times” the legally allowable maximum of exhaust emissions in real-world driving.

VW and other car companies are struggling to cope with invasive investigations and gargantuan fines. Meanwhile, Germany is presumably counting on some of that cash to subsidize its electric car program.

Currently Germany, the biggest car market in Europe, has only about 50,000 purely battery-powered vehicles and plug-in hybrids among the 45 million cars using its roads.  . Under the plans … electric car buyers will get a 4,000-euro discount while buyers of plug-in hybrid vehicles will get a discount of 3,000 euros.

“With this, I believe we will be able to give a boost to quickly move the number of vehicles (sales) to a considerable level,” Finance Minister Wolfgang Schaeuble said.

The German program certainly has its critics who claim that “higher electricity generation to charge battery cars will increase carbon dioxide emissions.”

And Peters has a more general criticism:

I’ve been trying, as an automotive journalist, to get the word out that literally 95-plus percent of any modern car’s exhaust stream is composed primarily of water vapor and carbon dioxide; that the diminishing returns being pursued at cost-no-object are the remaining 3-5 percent of the exhaust stream.

For Peters and other critics of current “clean air” initiatives involving autos, the jobs lost and the costs generated are greater than any apparent benefits.

And yet … for governments, clean air may not be the real reason for the emphasis on electric cars.

We’ve often made the case that electrical cars (now and in the foreseeable future) are fairly limited in range and speed. Additionally, a car that needs to plug into a wall to charge is one that is susceptible to other inputs as well.

The government game seems simple enough: It’s all about control.

Gone are the days when one could stock the car with gasoline and travel cross country without stopping. Tomorrow’s electric car will likely have less range and its drivers less independence.

Additionally, the cars of the future (if we are driving them at all) may be susceptible to any one of a number of inputs.

It’s certainly conceivable at some point that municipalities and law enforcement might create invasive software that could shut down a recharging car because of an unpaid ticket or an after-the-fact driving violation.

Unfortunately, first-world countries seem determined to create and popularize electric vehicles. (First with drivers, but later it seems without. Thanks, Google.) Thus eventually the ability to travel freely that cars once offered will likely be reduced if not eliminated.

Conclusion: In our modern world, “progress” is not always what it seems. Discerning consumers will need to be increasingly careful about the choices we make – with cars and other technology as well. In fact, there may be some advanced technology that we simply don’t want to adopt or utilize. Sometimes we may not have a choice. But when we do, we should exercise it.