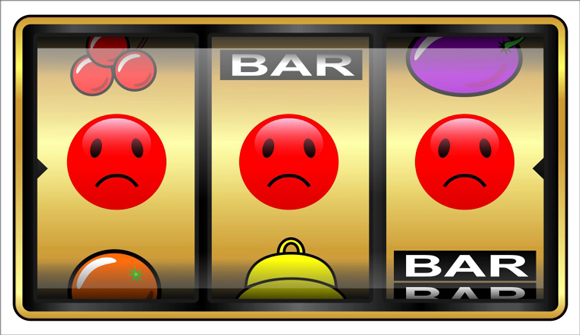 Demand-led German recovery … An economic trend, like a battle plan, often doesn't survive the first engagement. Data from euro zone countries has generally surprised on the upside since the turn of the year with Germany leading the way. German growth was robust in Q4, with domestic demand to the fore. – Reuters

Dominant Social Theme: Europe and Germany may surprise us with a recovery. About time …

Free-Market Analysis: For those impatient to proclaim a Western recovery, this Reuters article is for you. It tries to make the case that the numbers are finally turning favorable for Germany and perhaps for parts of Europe as well.

We can't help recall the talks of green shoots some four years ago, or the constant din of recovery predictions that have been proffered in the mainstream media since then. We observed around that time that there likely would be no real recovery, only an upward surge of securities mart averages in the US and abroad as central banks pumped money into the financial sector while pretending that its Keynesian stimulation would benefit the working class.

Of course, it didn't. It benefited banks and the banking class. We called this paradigm the Wall Street Party. It is still going on and is morphing into a worldwide financial fiesta. Europe is stimulating and so is Japan. China is pulling back a bit but that's only because China has been running its printing press nonstop for the past two decades at least.

All of this easing is absolutely necessary, of course – or so we are told – because of the depth of the Great Recession that began around 2008. Nobody saw it coming, not mainstream economists anyway, but the antidote is one everybody is sure of: Print more and circulate at least some of it.

The money printing begins with central banks and then the currency is distributed by commercial banks, often to their top multinational clients. These corporations in turn invest some of the money in stock markets.

Stock markets begin to rise and gradually the improvement in equity prices begins to be seen in asset bubbles. High end apartments, hotels and houses all begin to accrue "value." Then the fine art market rises. Expensive automobiles come back into demand along with yachts. Stamp collections get hot. People start collecting coins again.

Unfortunately, as we have seen this time around, high-end wealth most definitely does not translate into full employment or healthy economies for the middle class and working class. Debt is high and mistrust remains regarding the general economy since, even six years into the Great Recession, no one is quite sure what companies are solvent and which ones are being propped up by various forms of corporate welfare.

Nonetheless, so much determined monetary stimulation does eventually have an effect – in this case it is doubtless pushing prices higher despite all the talk of deflation. The article tells us, for instance, that "IG Metall, Germany's biggest union, has negotiated an inflation-busting pay rise of 3.4 percent for its members, which tends to set the bar for other sectors' wage deals and should further propel consumer spending."

At the same time, we learn that "to muddy the waters, German industry orders were reported yesterday to have plunged 3.9 percent on the month." The article claims this led to a bit of head scratching but we don't see why! The second decade of the 2000s is a determined rerun of the 1970s …

Yes, stagflation was a big issue then as now.

Stagflation is not supposed to exist under formal Keynesianism and thus the mainstream media doesn't mention it much, but we are sure when observers look back on this latest lost decade, stagflation will be seen as a dominant element.

Industry output figures just out have partially balanced that, rising 0.6 percent on the month in January, a little more than forecast. December's figure was also revised up.

So to tweak the theory, German and therefore euro zone growth could well surprise on the upside this year but in the case of Europe's largest economy it may be rooted more firmly in burgeoning domestic demand rather than its powerhouse industry base.

We are not sure how the article travels from inflation and reduced industry orders to an outlook that could "surprise on the upside." Perhaps it's because of rosier "output" figures, but who believes government statistics anyway?

We tend to watch trends. And the trend in Europe hasn't been up for six years or more. We've heard a lot of talk and seen a lot of optimistic forecasts but nothing substantial. We notice, for instance, that the European Central Bank is said to have increased its growth forecast, but nonetheless, Draghi is moving ahead with his emergency bond buying program. If the EU was in such healthy shape, why does he find it necessary to artificially prop up the bond market?

It remains to be seen whether banks will use the money to lend to businesses and households although there are signs of life there too. And there is a real question about whether this policy setting is appropriate for Germany, by far the bloc's largest economy, if its recovery continues at its current pace. Because of the relative size of Germany, more of its bonds will be bought than anybody else's.

There are plenty of real questions, and not so many answers. Our question would be whether we will be reading these same sorts of articles a year from now.

There is likely no real recovery, you see, but merely an extension of the bear market that actually began in 2001 when gold started to go up against the dollar. That bear market was never given a chance to play out and thus the Western world entered into another industrial slump after 2007.

Western economies STILL haven't been allowed to subside thanks to tens of trillions in liquidity busily printed by central banks. Instead, we see expanding asset bubbles that we are supposed to accept as signs of recovery. The current equity bull market may continue to run, but this is about the only area where one can see a "recovery." And of course, an equity recovery does not easily translate into an industrial one.

We would tend to believe the equity marts will subside well before any real industrial expansion begins. Alternatively, asset inflation can provide some industrial stimulus, but we would be surprised by a demand led recovery. In fact, that's what the article wants us to believe – that somehow demand has returned to Germany and even to Europe.

Sure, stocks may continue to move up because the whole system is built around asset inflation. Those who are in the market may benefit handsomely – at least for the moment. But when it comes to the larger economy, the system still seems to be pushing on a string.