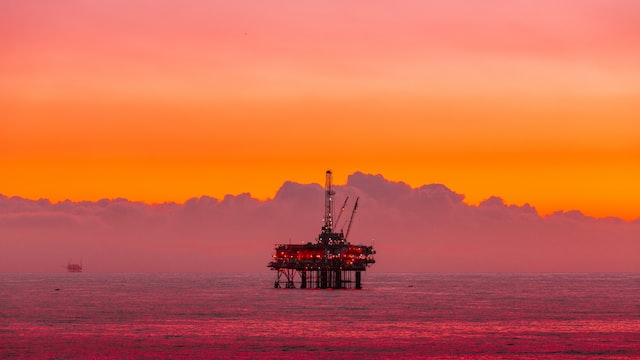 STAFF NEWS & ANALYSIS
Ghana to Buy Oil With Gold Instead of USD. Next for US Led Coup?
By Ben Bartee - December 07, 2022

Ghana’s government recently announced plans to procure oil using gold rather than US dollars – the currency predominately used in the global oil trade.

“Ghana’s government is working on a new policy to buy oil products with gold rather than U.S. dollar reserves, Vice-President Mahamudu Bawumia said on Facebook on Thursday.

The move is meant to tackle dwindling foreign currency reserves coupled with demand for dollars by oil importers, which is…increasing living costs…

The US petrodollar buttresses America’s position as the world’s sole superpower. Wars have been waged against much more powerful foes than Ghana to maintain the petrodollar’s dominance.

Libyan president Muammar Gaddafi tried out something similar to Ghana’s plans about a decade ago, and now he’s six feet under while his former country has devolved into a failed state with literal slave auctions.

What really precipitated the US-led, French-facilitated destruction of Libya all those years ago?

“Before 2011, Libya had achieved economic independence, with its own water, its own food, its own oil, its own money, and its own state-owned bank. It had arisen under Qaddafi from one of the poorest of countries to the richest in Africa.”

The official justification for deposing Gaddafi was to promote human rights and Democracy™ (sound familiar?). In reality, as Hillary Clinton’s leaked emails (for which the hero Julian Assange has paid with his freedom) reveal, the true motivation was much more basic and material.

In an email stored on her private server, longtime Clinton advisor and vaunted Swamp veteran Sidney Blumenthal wrote on April 2, 2011:

“Qaddafi’s government holds 143 tons of gold, and a similar amount in silver … This gold was accumulated prior to the current rebellion and was intended to be used to establish a pan-African currency based on the Libyan golden Dinar. This plan was designed to provide the Francophone African Countries with an alternative to the French franc (CFA).”

“In a ‘source comment’, the original declassified email adds:

“According to knowledgeable individuals this quantity of gold and silver is valued at more than $7 billion. French intelligence officers discovered this plan shortly after the current rebellion began, and this was one of the factors that influenced President Nicolas Sarkozy’s decision to commit France to the attack on Libya. According to these individuals Sarkozy’s plans are driven by the following issues:

1. A desire to gain a greater share of Libya oil production,
2. Increase French influence in North Africa,
3. Improve his internal political situation in France,
4. Provide the French military with an opportunity to reassert its position in the world,
5. Address the concern of his advisors over Qaddafi’s long term plans to supplant France as the dominant power in Francophone Africa.”

So, in public, the illegal invasion of Libya was framed as a liberation effort to free Africans from oppression. In private, it was all about oil and gold and raw geopolitical power.

Black Lives Matter greatly to Democrats, except when they have natural resources and don’t cooperate with the petrodollar program.

“We came, we saw, he died,” a visibly giddy Hillary Clinton, then Secretary of State and chief architect of the Libyan coup, declared on national television when she learned in real-time of Gaddafi’s death. Nothing stimulates her more than death.

All of this provokes the obvious question: Is Ghana playing with fire here? How long until they are similarly liberated by the liberal and loving Democrats?

Ghana plans to buy oil with gold instead of USD—Reuters pic.twitter.com/XztV7OR1fV