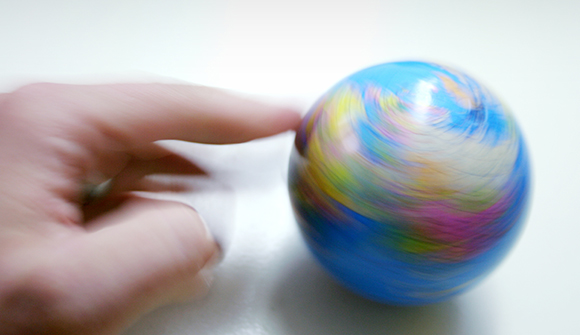 'A Toxic System': Why Austerity Still Isn't Working in Greece … Despite drastic austerity measures, a new Greek debt haircut looks unavoidable. The old system has proven resistant to reform and billions in emergency aid hasn't been enough to turn things around. After making a lot of money manufacturing swimming pools, Stelios Stavridis has redirected his entrepreneurial talents toward saving his country. The 66-year-old Greek business executive with aristocratic features recently became the head of the country's privatization agency, which has been charged with selling off hundreds of government-owned real estate, companies, marinas and airports. Stavridis is the third man to hold the position in only a year, but this doesn't reduce his professional confidence. He says he has just had "excellent" conversations with observers from the so-called troika, consisting of the International Monetary Fund (IMF), the European Commission and the European Central Bank (ECB), who regularly review the country's progress. However, Stavridis also had to confess to the troika that his agency is unlikely to meet its goals for this year. – Der Spiegel

Dominant Social Theme: Austerity doesn't work but it is the best we've got.

Free-Market Analysis: The Greek austerity package has been disastrous, trapping millions in a further cycle of poverty while stripping them of assets and promised retirement benefits.

So what has the point of austerity been? We would argue it is simply to assert the primacy of a certain kind of authoritarianism and statism.

This might seem to be a contradiction in terms, as austerity is commonly held to be a process of removing the "dead hand" of the state, but we've long argued that the reverse is true.

In fact, austerity merely seems to tighten the bond between private markets and government. Here's more:

… The country needs more than money alone to get back on its feet. Even the IMF is critical of the devastating effects of austerity programs on the country's economy. But that is only half the truth. The fact is that while Greece has drastically cut spending, efforts at structural reform are stagnating. This also hampers economic success.

… Surveys show that household income has plunged by almost 40 percent since the crisis began. Some 64 percent of young people are unemployed, and the healthcare system, after several rounds of austerity cuts, is on the verge of collapse. In many public hospitals, patients have to pay for their own bandages and swabs, while relatives are called upon to care for them, because of a shortage of nurses.

In light of such conditions, the troika has often proposed that the wealthy be required to play a stronger role in financing the government. But even the Samaras administration shies away from challenging their influential lobbying groups. Greek ship owners, for instance, the country's most powerful business group, contribute little to the country's recovery. In fact, their ample revenues from shipping are tax-exempt.

"Our political system is toxic," says Antigone Lyberaki, 54, an economics professor at Panteion University in Athens. According to Lyberaki, the government apparatus and economic structure were destroyed by decades in which bribes and political relationships were more important than performance.

Over the years, powerful lobbying groups were able to secure privileges that they are now fiercely defending. For instance, when the government sought to eliminate overpriced licenses for truck drivers, the drivers shut down traffic throughout the country, and the military had to be brought in to bring supplies to hospitals. It was only one of hundreds of bitter conflicts over the gradual liberalization of Greece's utterly overregulated economy.

We can see from this excerpt some hints about the cost of austerity to the average Greek. Suicides are up along with poverty. And while some progress has been made at pruning back government regulations, the underlying authoritarian paradigm has been expanded.

Paradoxically, austerity is not just a process to reduce government. It is also intended to make government more efficient.

Southern European cultures have been notoriously less cohesive than Northern European ones, or so it seems to us. Italy, Spain and certainly Greece were agglomerations of different tribes that had little experience with centralized government and mostly wanted nothing to do with it.

So the cultures of these countries compromised. For the most part, those who ran federal governments pretended to lead while the rest pretended to follow. This was most evident when it came to taxes. Southern Europeans were notorious for clever avoidance strategies.

But now countries like Greece are deadly serious about taxation – at least for the average citizen and the wealthy apolitical entrepreneur. The Greek government has formed a special tax task force and is even using satellite imagery to spot swimming pools that might indicate unacknowledged wealth.

And as we can see from this article, ideas are being floated in regard to forcing the "wealthy" to "contribute" more resources to the state – thus supporting both fairness and liquidity.

We should not be surprised that austerity is failing to make Greece either more prosperous or self-supporting. This is not what it's supposed to do. It is actually supposed to enhance the authority of the state both within Greece and within the larger European Union as well.

At this it may be succeeding, at least for the present.