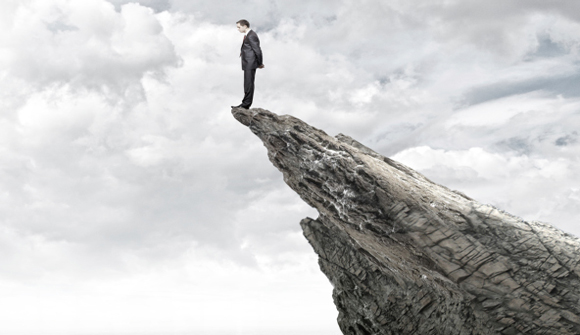 Greek debt: growing acknowledgment that it is simply unsustainable and some accommodation will be necessary … Approach has much to commend it and deserves a hearing in EU capitals … The whistlestop tour of European capitals by Greece's new leaders is finding doors if not wide open, at least ajar. The mood music is still that Greece must honour its debts, that forgiveness is out, but a subtheme is emerging – an acknowledgment that the debt is simply unsustainable and that some accommodation will be necessary. Michel Sapin, France's socialist finance minister, who met his Greek counterpart on Sunday insisted Greece would have to pay off its debt in full, but spoke of "new contract" for Greece. – Irish Times

Dominant Social Theme: Syriza is a disaster for the EU.

Free-Market Analysis: We recently pointed out in an article – "Grexit: The Footsteps Grow Louder … Could the EU Blow Apart?" – that Germans might be very unhappy with a rescheduling of Greek debt. But that looks like what is happening.

The proximate mechanism is a proposal by Prime Minister Alexis Tsipras and Finance Minister Yanis Varoufakis to "repay all the €315 billion old debt, but [as] growth-linked bonds that would pay their way only as the economy recovered."

Greece would thus "run an operational surplus of some 1-1.5 per cent, albeit in breach of their troika commitments." The intention is also to do more to combat tax evasion among the wealthy.

The approach has much to commend it, and deserves a hearing in EU capitals. The rescheduling of debt through bond issues would have the same effect as partial debt forgiveness, but is qualitatively different politically – German and Finnish parliamentarians can be told the Greeks are honouring their debt. And the link to growth would ensure the debt repayments were not contributing any more to the downward spiral of austerity.

Although Syriza has already reversed some elements of its predecessor's troika-mandated austerity programme, not least in rehiring of 12,000 civil servants, there is a strong case that despite its inexperience it is better placed to see through main elements of the sort of structural reforms creditors will require. It does not have the ties to the oligarchs and bankers whose dead hand has in the past held back reform. Who better to prepare banking recapitalisation and restructuring? Who better to shake up the sclerotic tax system?

But there's many a slip between cup and lip. France and Germany are deeply unhappy with Tsipras talk of repudiating the second bail-out and its conditions. They say that Greece, although not legally bound to complete the second bailout, would risk bankruptcy through its repudiation. Erkki Liikanen, Finland's central bank chief, has warned that the ECB would be forced to cut off lending for its banks if the government left the bail-out. On Tuesday three banks tapped ECB emergency liquidity funding. Time is running out.

We can see from the above how deep the currents run regarding the upcoming negotiations. Syriza, for instance, is probably not so radical as it is made out to be. Contacts between top Syriza officials and the very topmost elites of Europe may be considerably more collegial than commonly reported. Additionally, the ascendency of Syriza provides Europe with an opportunity to renegotiate "austerity" pacts throughout the Eurozone.

One can look at what's going on in two ways. First, it is the extension of a deliberate dialectic. Having established the boundaries of austerity, Europe's leaders are now creating a scenario in which they can back away from the most Draconian elements.

Why would they want to? Because the point of austerity was perhaps always to establish the primacy of Brussels in service of a Greater Union. Now that the dialogue has been established, various modifications can be discussed.

The discussion itself should further a new meme – one that asserts "Brussels is in charge." The dialectic regularizes this new political configuration. The conversation makes the new powers of Brussels familiar and thus ever more acceptable. And so the European state expands.

There is, however, another perspective to explore regarding the ongoing Greek episode. And that involves the way the dialectic is shifting. One can postulate that Europe's internationalist leaders have wanted to secure a position of austerity close to what is now in force.

However, Europe itself is increasingly ablaze both socio-politically and economically as the Great Recession continues without letup. Meanwhile, Greek central bankers struggle with an overly subdued rate of inflation that is making it difficult for Europe to grow its way out of various debt traps.

It could be – and we have made this point before – that an increased awareness among the general public as to how Europe is ruled and its economics manipulated is making an expansion of the dialectic necessary, even critical. It is not just Greece, after all. Europe has experienced a significant rise in political parties that represent public dissatisfaction with the status quo.

One can claim these entities are all to a degree manipulated out of Brussels and London's City, but the larger point we would make is that there seems to be a recognition that the boundaries of the current conversation must change.

A new profile is being regularized, a "United States of Europe." But there is danger here for those who wish to control the upcoming conversation and move it toward a desired (authoritarian) conclusion. The danger is that powerful sociopolitical currents will, in fact, move the dialectic far beyond its intended "goalposts."

This is a risk Europe's globalists are apparently willing to take. But perhaps it is because they have no choice.