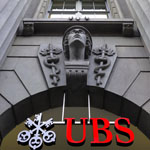 Former Federal Reserve Chairman Alan Greenspan told Congress on Thursday he is "shocked" at the breakdown in U.S. credit markets and said he was "partially" wrong to resist regulation of some securities Despite concerns he had in 2005 that risks were being underestimated by investors, "this crisis, however, has turned out to be much broader than anything I could have imagined," Greenspan said in remarks prepared for delivery to the House of Representatives Committee on Oversight and Government Reform. "Those of us who have looked to the self-interest of lending institutions to protect shareholder's equity — myself especially — are in a state of shocked disbelief," said Greenspan, who stepped down from the Fed in 2006. – Reuters

Free-Market Analysis: What a load of hooey. Here's something Greenspan wrote as a young man.

When business in the United States underwent a mild contraction in 1927, the Federal Reserve created more paper reserves in the hope of forestalling any possible bank reserve shortage. More disastrous, however, was the Federal Reserve's attempt to assist Great Britain who had been losing gold to us because the Bank of England refused to allow interest rates to rise when market forces dictated (it was politically unpalatable). The reasoning of the authorities involved was as follows: if the Federal Reserve pumped excessive paper reserves into American banks, interest rates in the United States would fall to a level comparable with those in Great Britain; this would act to stop Britain's gold loss and avoid the political embarrassment of having to raise interest rates.

The "Fed" succeeded: it stopped the gold loss, but it nearly destroyed the economies of the world, in the process. The excess credit which the Fed pumped into the economy spilled over into the stock market-triggering a fantastic speculative boom. Belatedly, Federal Reserve officials attempted to sop up the excess reserves and finally succeeded in braking the boom. But it was too late: by 1929 the speculative imbalances had become so overwhelming that the attempt precipitated a sharp retrenching and a consequent demoralizing of business confidence. As a result, the American economy collapsed. Great Britain fared even worse, and rather than absorb the full consequences of her previous folly, she abandoned the gold standard completely in 1931, tearing asunder what remained of the fabric of confidence and inducing a world-wide series of bank failures. The world economies plunged into the Great Depression of the 1930's.

Greenspan wrote the above in his 20s under the influence of the great writer Ayn Rand in New York City before he had embarked on his career as an economist. The full article is one of the most famous articles on the Internet, though for some reason you will hear nothing about it on the mainstream media.

One sometimes used to laugh with Greenspan more than at him. Greenspan would arrive for testimony and talk like a central banker ought to talk, in inscrutable phrases about an economy that seemed to be a reflection of his genius. But there was always something kind of humorous about the show. Greenspan didn't believe it necessarily, and if you knew Greenspan, and knew of where his sympathies lay as a young man, you might not believe it either.

But now the show has deteriorated from farce to sordid tragedy. Greenspan could have used this testimony to speak the truth about central banking, which he knows very well. Instead it seems he may have flat out lied. There was nothing funny about it. He's an old man, and he doesn't have children, and he could have told the truth.

Remember the old man's mid 2000s warning about "irrational exuberance." He knew what was going on then and he knows now. He left just in time to avoid the worst of it and now he is trying to make sure he doesn't get sucked in.

What is he so afraid of? By saying what he said, he virtually signed the United States onto a European plan for more government "oversight" and more of the very intrusive and unworkable regulations that large centralized governments are so good at developing.

So, yes, this is a sad moment. Greenspan was a capable enough man and his play acting the role of a wise central banker could be an amusing show – especially when he went up against free-market congressman Ron Paul. But Greenspan's recent testimony shows how the worm has turned and why it is never good to go against one's principles. Yes, for a time, Greenspan was admired in the popular mind, but now he will be reviled as one of the main architects of the current crisis.

Yes, as always, Greenspan took the easy way out. So what will he be left with as the speaking gigs dry up? Let's see. How about the opprobrium of the masses, the contempt of Wall Street and the pursuit of the regulatory authorities who might seek to make an example of him at some point.

Sure, he has a bit of money in his pocket, though not perhaps as much as he expected. But more and more he is being seen as a main culprit behind the Great Unraveling. And ironically enough, since it appears he did not choose to defend himself truthfully, there will now be little he can do to clarify the wrongheadedness of his statements. The mainstream media shall trumpet that Greenspan has lost faith in free markets when he knows full well that central banks make a mockery of free markets.

Greenspan was willing to achieve the position he did, was willing to ignore his convictions once in office and now, out of office, appears to be lying because he cannot face undoing the rest of his life. Greenspan is an object lesson in why money and power cannot buy happiness and why the rest of us ought to purchase silver and gold.