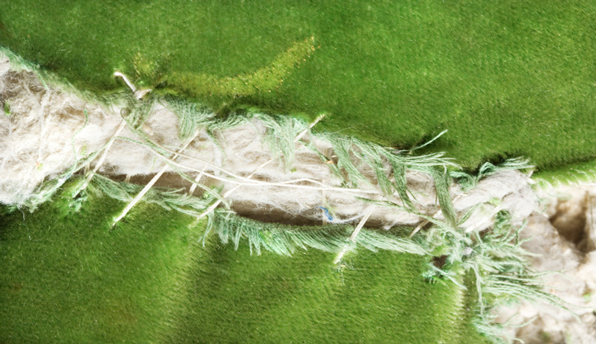 EU Eco Chief Threatens British Press Over Opposition to EU Energy Directives … The EU's energy commissioner has threatened politicians and journalists who campaign against his eco-policies, accusing them of stirring "anti-EU sentiment" and warning them that their opposition to his EU energy-savings directives will "not be taken lightly." Günther Oettinger, a German career politician who has been in charge of energy policy at the European Commission since 2010, yesterday circulated a letter to national energy ministers complaining that his so-called "eco-design" policies have been under attack in Britain and Germany, where politicians and journalists have been fighting EU interference in every domestic appliance from washing machines to televisions to ventilation systems. – Breitbart

Dominant Social Theme: Global warming exists and any other perspective is incorrect … and illegal!

There is no doubt that warmist sentiment is waning in the West but this does not mean its official backers are willing to give up the dream of regulating "carbon" – and thus basically controlling global energy consumption.

Breitbart brings us this particular news, and it's troublesome because it indicates an increasing willingness to enforce the meme via threats of censorship and worse.

This is in fact a growing trend. The power elite increasingly has abandoned tactics having to do with elaborate promotions designed to generate compliance from a willing audience and is resorting to intimidation and worse.

Oettinger complained in a letter leaked to Euractiv: "We have seen similar attempts in the past, when national press has used these measures in a way that risks creating anti-European feelings amongst citizens. This should not be taken lightly. Attempts at undermining ecodesign and energy labeling directly undermine our energy policy."

Resistance to Oettinger's policies has been notably strong in Britain, where EU directives have banned traditional light bulbs and forced their replacement with expensive eco-bulbs, which are considered to be both ugly and dim. Many people complain the eco-bulbs lead to head aches and eyestrain because they do not deliver the same quality of reading light as traditional incandescent bulbs.

In Germany, the new Alternative for Germany (AfD) party attacked eco-design measures in its successful campaign for the elections to the European Parliament last month, when it won seven seats. What Oettinger plans to do to stop the campaigns against his eco-policies is not yet known. However, he has a history of vengeful behaviour against member states which do not meet the demands imposed by Brussels.

This is really an outrageous letter in that it equates legitimate differences of opinion with an attack on state policy. The implication, of course, is that "undermining" is illegal.

US officials have not quite arrived at this point yet, but President Barack Obama is certainly getting there as well.

A Washington Post report, "Obama calls for action on climate change 'before it's too late,'" produces similar rhetoric. In a speech, Obama called climate change "one of the most significant long-term challenges" that the American and global communities face.

As part of his pledge to "do more," the president announced a new $1 billion fund to help communities combat droughts, fires, storms, floods, and other weather-related disasters, which Obama said "are going to get harsher and costlier" as the years go by.

… "The climate change deniers suggest there's still a debate over the science. There's not. The talking heads on cable news suggest public opinion is hopelessly deadlocked. It's not," Obama said Saturday. "We actually believe we can do this. We believe we can make a difference. And the sooner we do, the better."

Of course, the "science" of global warming is not proven, nor can it be. There are too many variables in weather forecasting to be sure of any given trend on a short-term basis. It may take further decades or more before a given weather pattern becomes clear.

But that is not the point of the global warming meme. The idea is to create a crisis that can only be solved by united global action. Once again, we see that an issue is being politicized for purposes of advancing elite internationalism.

There are real costs to these promotions. People's careers and livelihoods are affected, as is evident from a further Breitbart report entitled, "ClimateMcCarthyism Claims Another Victim."

Climate McCarthyism has claimed another victim. Dr Caleb Rossiter – an adjunct professor at American University, Washington DC – has been fired by a progressive think tank after publicly expressing doubt about man-made global warming.

Rossiter, a former Democratic congressional candidate, has impeccably liberal credentials. As the founder of Demilitarization for Democracy he has campaigned against US backed wars in Central America and Southern Africa, against US military support for dictators and against anti-personnel landmines. But none of this was enough to spare him the wrath of the Institute for Policy Studies (IPS) when he wrote an OpEd in the Wall Street Journal describing man-made global warming as an "unproved science."

Two days later, he was sacked by email. The IPS said: "We would like to inform you that we are terminating your position as an Associate Fellow of the Institute for Policy Studies…Unfortunately, we now feel that your views on key issues, including climate science, climate justice, and many aspects of US policy to Africa, diverge so significantly from ours."

In the WSJ OpEd entitled Sacrificing Africa for Climate Change, Rossiter argued that Africans should benefit from the same mixed energy policy as Americans rather than being denied access to fossil fuels on spurious environmental grounds by green activists.

He wrote: "The left wants to stop industrialization – even if the hypothesis of catastrophic, man-made global warming is false." But the Institute for Policy Studies ("Ideas into Action for Peace, Justice, and the Environment") is ideologically committed to ensuring that Africans only enjoy the benefits of expensive, intermittent, inefficient renewable energy such as wind and solar.

Rossiter makes a good point in this article. Not only is this sort of warmist intolerance affecting individual careers, it is also depriving groups – even whole continents – of the right to a broad energy marketplace.

As in other areas, warmist tactics and intolerance increasingly polarize issues and make rational discussion difficult to pursue. When political interactions become marginalized, or even criminalized, then authoritarianism inevitably expands.

Such intolerance predicts worse to come …