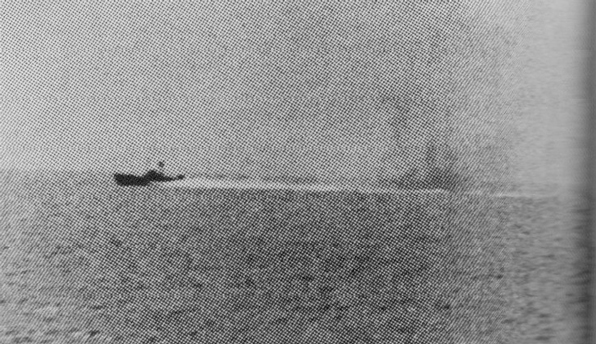 Why We Should Remember Tonkin … Fifty years later, Americans still don't understand … Based on the writings of Le Duan, the Politburo's First-Secretary and the man truly running North Vietnam throughout the war, we can see that the party leader had no wish to confront a flood of U.S. ground troops … Beyond mourning for the millions dead, massive destruction, savage fighting, and uprooted lives, we must … remember that our enemies often perceive events inversely to our own view. In most conflicts each side sees itself as the aggrieved; the other as aggressor. Both sides need to better understand the grievances of the other. If we seek lessons from the sorrow of war, let us use this awareness when the next conflict comes. – Politico

Dominant Social Theme: The Vietnam War was constructed from a series of blunders.

Free-Market Analysis: Fifty years on, Vietnam is being re-analyzed in the mainstream media. This Politico article is one of the better ones, but unfortunately, it still doesn't present the full perfidy of that war's progression, nor the manipulated dialectic that it was part of.

Modern US wars are always presented as "blunders" – and this Politico article provides us with a good example of the genre. "Americans never stopped to ask whether Vietnam was central to their national interest," we learn. "Revenge is a powerful motive, one that easily overrides good judgment."

This last statement refers to the ginned-up Tonkin confrontation that launched the infamous "Gulf of Tonkin" resolution escalating a war that ultimately would take the lives of more than 58,000 US military members and 3 million Vietnamese in addition to some 300,000 wounded US soldiers.

The American public and its representatives should have been intensely focused on understanding its enemy before committing to a major war. They failed to ask the hard questions: Why would a tiny, poor nation, intent on unifying Vietnam under communist rule from the north, deliberately pick a fight with America, especially at so sensitive a time?

Today many Americans still believe that their leaders mistook Vietnamese nationalism for internationalist communism. In fact, Hanoi's leaders were committed Marxist-Leninists. Many of them trained in the Soviet Union, and their ruthless land reform policies led North Vietnamese officials to murder tens of thousands of peasants in the 1950s.

But their desire to unify their country under communism no doubt contained strong nationalist elements as well, as evidenced by their decision to pursue military action in the south before sufficiently building a strong socialist state in the north.

None of this means that the Johnson administration was wise to escalate the conflict, or to confuse Hanoi's designs with Moscow's … Yet once attacked, Americans felt duly wronged. Revenge is a powerful motive, one that easily overrides good judgment. The Senate overwhelmingly endorsed the Tonkin Gulf resolution. Only two senators voted against it.

The problem with this article, in our humble view, lies with the statement, "Once attacked, Americans felt duly wronged." Was the US "attacked" – or was the Gulf of Tonkin yet another weary US provocation masquerading as enemy "aggression"?

Wikipedia informs us that the outcome of these two incidents was the passage by Congress of the Gulf of Tonkin Resolution, "which granted President Lyndon B. Johnson the authority to assist any Southeast Asian country whose government was considered to be jeopardized by 'communist aggression.' "

The resolution allowed Johnson to begin to treat the war as a "normal one" rather than a police action, which in turn dramatically escalated hostilities. John F. Kennedy before his death had been contemplating a significant reduction in forces; Lyndon Johnson expanded the war.

Today, it is commonly acknowledged, even by the National Security Agency, that the second of two Tonkin Bay attacks never occurred but was treated as fact for purposes of escalating the war. What is less well known is that the first attack – while apparently real and reported in the Pentagon Papers – was apparently preceded by US provocation.

This account [of the first Tonkin Bay attack] from the Pentagon Papers … has come into sharp dispute with an internal NSA historical study, which stated on page 17: At 1500G, Captain Herrick (commander of the Maddox) ordered Ogier's gun crews to open fire if the boats approached within ten thousand yards.

At about 1505G, the Maddox fired three rounds to warn off the communist boats. This initial action was never reported by the Johnson administration, which insisted that the Vietnamese boats fired first.

What this means is that the US seemingly initiated – provoked – the first attack and made up the second. This is a far cry from reports at the time emphasizing two unprovoked North Vietnamese attacks on US military vessels. Additionally, before the initial Gulf of Tonkin confrontation, the US had coordinated a covert action aimed at two North Vietnamese military targets and a series of bombing raids as well, focused on North Vietnamese border fortifications.

What is also notable about the Gulf of Tonkin attacks was that the man in command of US forces "from his flagship USS Bon Homme Richard (CVA-31)" (Wikipedia) was Captain George Stephen Morrison whose son was soon-to-be-famous musician Jim Morrison.

There is even a photo circulating of Jim Morrison on board the Bon Homme in 1964 sitting beside his father. We've commented before on these strange circumstances, initially in an article entitled "Dreamtime For Baby Boomers" that cited research showing that many of the original musicians of the counterculture actually came from military families:

… In [a] 20-part series, [David] McGowan points out how many of the initial hippy musicians of the 1960s got their start in the environs of California's Laurel Canyon, a tiny geographical region. Not only was there an incredible locus of soon-to-be international rock and roll stars within the environs of Laurel Canyon, the background of these initial stars were all the same and featured some sort of military experience or familial exposure to great banking wealth.

McGowan points out that Dennis Hopper's dad was in the OSS, the predecessor to the CIA. Warren Beatty grew up in and around the world's largest Naval facility in Norfolk Virginia. Jack Nicholson, McGowan reports, has no birth certificate. "It appears then that there is no way to determine who Jack Nicholson really is." Emmylou Harris is the daughter of a career US Marine Corps officer. Jim Morrison's father was a Navy admiral. David Crosby apparently served in VietNam as an intel operative. Jimmy Hendrix served in the military. Stephen Stills seems to have been a military intelligence operative frequently on assignment in Central America. "His military bearing would earn him the nickname The Sarge."

We've often referred to these strange coincidences since our initial cite, most recently in an article entitled, "Why Popular Music Is Less Successful These Days." Here's an excerpt:

… The "peace-and-love generation" was at least partially an intel promotion designed to split apart generations and generally cause social chaos. That promotion apparently included flooding the West Coast with LSD.

Timothy Leary was reportedly associated with the CIA along with mega-LSD distributor Owsley Stanley. Grateful Dead lyricist Robert Hunter, and head Merry Prankster Ken Kesey (founder and promoter of the "acid tests" during the sixties) reportedly participated in the government's LSD "research" at Stanford University.

The CIA's history with LSD goes back to the 1950s and Project MKUltra, supposedly a mind-control research program. Wikipedia tells us: "Early CIA efforts focused on LSD, which later came to dominate many of MKUltra's programs. Technical Services Staff officials understood that LSD distorted a person's sense of reality, and they felt compelled to learn whether it could alter someone's basic loyalties. … MKUltra records were deliberately destroyed in 1973 by order of then CIA director Richard Helms."

From all of the above, we can certainly theorize that the 1960s countercultural movement was likely given a boost by US intel involvement and that this involved the music as well. The music strengthened and deepened young people's affiliation with countercultural philosophies.

We wish to remind our readers, just past the 50th anniversary of the Gulf of Tonkin attacks, that not only do the attacks themselves seem orchestrated but also the counterculture that would ultimately challenge the war.

In other words, incredible as it may seem, controlling elites of the day seemingly orchestrated both sides of a defining sociopolitical conflict in the US and in Europe as well. Though little noted, this is a prime example of how a controlling dialectic is created and implemented.

It is through the dialectic that control of society advances; the convulsions of the 1960s amply remind us of that. They exhibit clearly (if one is willing to accept these arguments) the ways that society and people can be manipulated.

These methods of social control are with us today, inherent in numerous memes we cover such as the growing worldwide legalization of drugs and, of course, the expansive nature of the Wall Street Party, which we believe may well continue beyond the end of 2014 for a variety of reasons important to our current elite power structure.

Dialectical manipulations are not in any sense historical and it is only thanks to the Internet that we can note the bigger sweep of history and its thematic elements. If we educate ourselves, we can integrate these manipulations, make sense of them, protect ourselves and even profit from them.

We ignore them at our peril.