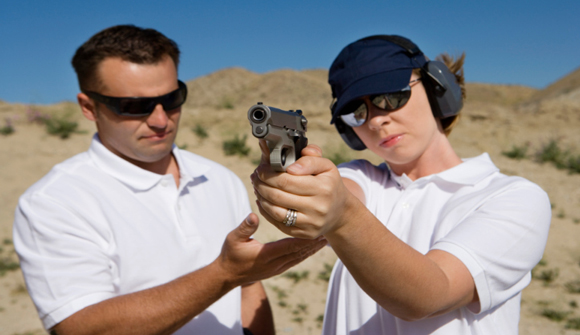 Obama weighs expanding background checks through executive authority … Speaking at the White House on Thursday evening, a visibly frustrated and emotional President Obama remarked on the deadly shooting at a community college in Oregon … In response to the latest mass shooting during his presidency, President Obama is seriously considering circumventing Congress with his executive authority and imposing new background-check requirements for buyers who purchase weapons from high-volume gun dealers. – Washington Post

Free-Market Analysis: This article appeared in the Washington Post in early October and we can't find an update, so perhaps overt action has not yet occurred. But the proposition, in any case, is symptomatic of this administration's increasing lawlessness.

Of course, the Bush administration was famous for tailoring its desires to legal formulations that made a case – at least on the surface – for whatever the administration desired in terms of additional powers. In this way, Bush justified numerous wars, secret rendition and even torture.

An aide to President Bush famously put it this way:

We're an empire now, and when we act, we create our own reality. And while you're studying that reality—judiciously, as you will—we'll act again, creating other new realities, which you can study too, and that's how things will sort out. We're history's actors … and you, all of you, will be left to just study what we do.

In many ways the Obama administration's actions increasingly seem to conform to this statement. The change that Obama is considering has to do with further controlling the sales of successful gun dealers.

In this iteration, if a dealer exceeded a certain number of sales each year, he'd be required to get a license from the Bureau of Alcohol, Tobacco, Firearms and Explosives. He might need to perform certain additional background checks on buyers as well.

The Post quotes a senior official as saying, "We are hopeful we can find a way to do this … It's a lot more clear today than it was a year ago how to work this out."

This is just the problem, of course. In the modern era, there are always ways to implement additional regulations.

The Second Amendment is simple enough: "A well regulated militia being necessary to the security of a free State, the right of the People to keep and bear arms shall not be infringed."

But like so many other constitutional elements, there's nothing simple about enforcement of that amendment today. Here's more from the Post:

In a meeting with Obama's senior adviser Valerie Jarrett, former congresswoman Gabrielle Giffords (D-Ariz.) and her husband, Mark Kelly … were pushing for a regulatory change that administration officials considered – but then shelved – nearly two years ago. The proposed executive action aims to impose background checks on individuals who buy from dealers who sell a significant number of guns each year.

The current federal statute dictates that those who are "engaged in the business" of dealing firearms need to obtain a federal license – and, therefore, conduct background checks – but exempts anyone "who makes occasional sales, exchanges, or purchases of firearms for the enhancement of a personal collection or for a hobby, or who sells all or part of his personal collection of firearms."

You see? It's amazing how complicated things have gotten. One might be tempted to call the debate "lawless" though no doubt many earnest people involved in the "debate" would protest.

From Reason we learn the following:

Over the weekend, San Francisco will lose its last gun store: High Bridge Arms. Why? The city has mandated that gun shops hand over information about its customers to the cops. "Just the idea of giving that information willingly to the police department, for no real reason, seemed very unreasonable to me," says Steven Alcairo, the general manager of High Bridge Arms. Alcairo notes that the store already complies with all federal and state reporting requirements.

"You know, I think I would like it if San Franciscans would just kinda take a look at this," says Alcairo. "We decriminalized medical marijuana, we pioneered equal rights. But in the same town you're gearing laws specifically to make it hard on me." [Owner Andy] Takahashi made the decision to close the doors.

Takahashi has had enough and received national attention as a result of his actions. But it is not a good sign when businesspeople feel the only way they have to protest official overreach is by shutting up shop.

Over at AmmoLand, Timothy Wheeler MD. has a different idea on what kinds of actions to take. Wheeler is director of Doctors for Responsible Gun Ownership, a project of the Second Amendment Foundation. He writes:

I propose we go on the offensive with our own agenda. Call it Reducing Gun Rights Infringements—Time to Stop the Madness. Here are the main points, but consider this just a first step:

Mandate a national ban on the child's fantasy known as "gun-free zones". Any rational adult can comprehend the reality that the great majority of mass shootings have occurred in these legally-established safe hunting grounds for homicidal maniacs. And any rational adult can logically conclude that only good people who follow rules will actually refrain from bringing guns into a "gun-free zone".

Let's stop the insanity and start doing what is logical. Let's start saving lives. Make nationwide constitutional carry of self-defense firearms the law of the land. Let no one be harassed, persecuted, or jailed for daring to take the natural right of self-defense seriously.

Defund the Bureau of Alcohol, Tobacco, Firearms, and Explosives (BATFE) and abolish it. This scandal-ridden agency now serves only to persecute good gun owners and gun dealers.

Repeal the NFA restrictions on firearm suppressors and all state laws banning them. Public health demands their use in shooting applications such as hunting and target shooting, where they can prevent the disability of irreversible hearing loss in millions of Americans.

Repeal any and all import restrictions designed to prevent new overseas firearm technology and products from reaching American shores.

These are admirable points, but as usual what occurs to us is that it is a great deal easier to subtract freedom than add to it.

Perhaps Dr. Wheeler can muster enough support for his agenda to move it along in Congress. More likely, large chunks – or even all of what he has mentioned – will never be passed or implemented.

We make this prediction sorrowfully. But governments ordinarily do not retrace their steps. Whether it is gun control or any one of a number of other issues, the chances are that regulatory power will expand not diminish.

This is the reason we are emphatically on the record regarding the necessity of individual "human action" to ward off or at least mitigate government power. You cannot necessarily thwart what you find objectionable in the larger world but you do have some opportunities to control your immediate environment – and that can translate into larger successes.

The Daily Bell introduces ideas and possible solutions to secure your wealth and your family's safety and well-being that may fit in your decision making process. You can find them regularly discussed here.