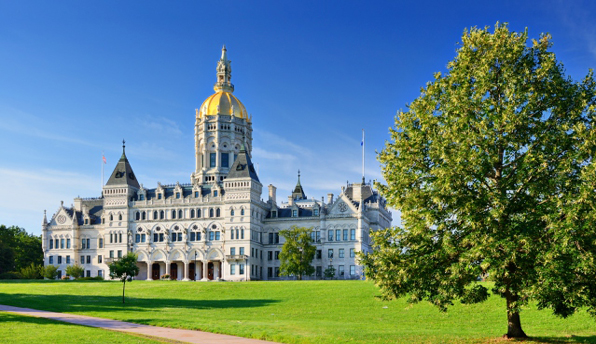 A showdown is developing between a sizable number of Connecticut state police officers and the politicians who passed into law highly restrictive gun control, gun bans, and bans on high capacity magazines. Gun rights legal expert and activist David Hardy reported Friday that 250 law enforcement officers in Connecticut have signed an open letter stating that they will not enforce the new anti-gun and magazine laws, which they consider to be a violation of the Second Amendment to the U.S. Constitution. A major news story on these developments is due to be published soon, but Hardy received an advanced notice via email from Tyler Jackson, the head of the Connecticut Peace Officers Association, the organization that sent the open letter. – Examiner.com

Dominant Social Theme: Guns are dangerous and courageous state representatives are voting to take them away.

Here's how RT.com describes it:

Legislation enacted after the December 2012 shooting at Sandy Hook Elementary School in Newtown, CT requires that gun owners registered military-style rifles and high-capacity magazines with state officials by the end of last year.

But only a few weeks after that deadline came and went, journalist Dan Haar of The Hartford Courant newspaper wrote that as many as 350,000 assault weapons remained unregistered and that "Connecticut has very likely created tens of thousands of newly minted criminals."

This is the crux of the matter currently. Not only are citizens refusing to register guns but Connecticut police have not registered their guns, either. With police reluctant to follow the law, let alone enforce it, and Connecticut citizens disobeying in large numbers, Hartford – that state's capital – faces a significant crisis.

It couldn't happen to a more deserving state. Connecticut is host to one of the most rapacious, politically correct and corrupt political establishments in the entire United States – and that is saying something.

But anyone who takes a trip around Connecticut and drives along the rivers past hordes of tumbled-down brick factories, or even the ones reconstituted into condos, can see the damage done.

Industry fled Connecticut a long time ago, run out of the state on a metaphorical rail greased by overt corruption, impossible environmental regulations and ever-climbing taxes.

Connecticut, like other New England states, is a mere shell of what it once was when New England boasted of "Yankee ingenuity," and entrepreneurial activity generated thousands of businesses on a regular basis.

These days a lot of Connecticut business is centered around the state itself. Education, civil policing and firefighting, transit services, regulatory services and a lot more have linkages to various kinds of state funding.

Connecticut bureaucrats have gotten used to this state of affairs. Whenever a crisis strikes – and they strike regularly now – the political establishment passes another law.

Connecticut has so many advantages that it might be hard to understand how it became one of America's worst-performing state economies.

As we know, Connecticut is located along an important commercial corridor between New York and Boston. It's well-served by railroads and highways. Major airports are accessible. Connecticut has many charming towns, historic sights, stylish shops and nice beaches. CNN determined that of America's 25 towns with the highest median family incomes, four are in Connecticut – New Canaan (#1), Darien (#2), Westport (#5) and Greenwich (#14). The most expensive American home ever offered for sale is Copper Beech Farm which, with an asking price of $190 million, has 50 acres of waterfront property in Greenwich.

Although Connecticut lacks a major high tech region, there's a concentration of executive talent capable of managing large organizations. Many are in financial services.

Despite these attractions, during the past two decades some 300,000 more Connecticut residents have moved out of the state than have moved in. This compares with the current population of about 3.5 million.

The Forbes article goes on to cite statistics about Connecticut's disastrous economic performance. Here are three of the most noteworthy:

While the above is surely disastrous, Connecticut legislators are still ensconced in a business-as-usual frame of mind. This no doubt contributed to the gun registration law.

But this time, something went wrong. Some invisible line was crossed. Gun-grabbing is apparently where the "law" ends and civil disobedience begins. Here's more from the Examiner article …

… So far 250 LEOs have cosigned the letter. Gunowners in the state have already ignored the mandate to comply with the new laws, refusing to register with the state government their possession of so-called "assault weapons" and forbidden magazines.

It is estimated that over 300,000 gunowners have practiced civil disobedience in refusing to register and give up the newly forbidden items. Only roughly 50,000 citizens in the state have complied. But now these courageous citizens have key support in high places.

With at least 250 law enforcement officers joining them in disobeying an unconstitutional law, the gunowners have a new weapon in their arsenal – the support of hundreds of police officers. Hardy reported that with the lack of support of police, Connecticut faces massive civilian resistance, with police officers refusing to enforce a law that to most citizens crosses a line that is unacceptable in a free society.

If such a thing can happen in a deeply blue state in New England, what would law enforcement encounter if they attempted such an ill-fated attack on Constitutionally-protected rights in Texas, Wyoming, South Carolina, Utah, or Kentucky?

This is something that the political powers that be in government and law enforcement – and in the Courts – should think long and hard about before acting in such a knee-jerk fashion as Connecticut, Maryland, New Jersey, and Massachusetts have done.

Our take: "The Internet is a process, not an episode." The power elite, panicked by what we call the Internet Reformation, has been acting in an ever more bold fashion when it comes to reducing rights with ever more restrictive laws … and not just in Connecticut but at the federal level, as well.

That the police may have joined in a "citizens' revolt" must certainly disturb those in charge of Hartford's rapacious bureaucracy. Connecticut depends on the passivity of its citizens to fund its ever-growing state bureaucracy. Taxes alone are driving Connecticut's middle class into poverty, and this is complicated by the continuing lack of employment in Connecticut.

It has surely occurred to those in power that while they may have overreached, staging a tactical withdrawal may not be easy to do because there is so much else in Connecticut crying out for reversal. If gun laws can be reversed because of civil disobedience then so can other laws. And when that begins to happen, the process could cost the state a great deal of money – which it doesn't have.

This is always the fear of authoritarian societies – that one example of "weakness" can unravel the entire dysfunctional environment. We shall see what the resolution is, and how hard the political class fights to preserve what was surely ill-advised legislation. But one thing we believe is certain:

Connecticut's blow-back is "a sign of the times" – one worth noting.