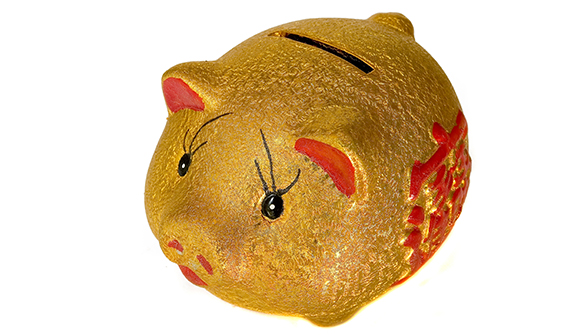 Why China's Economy May Be Heading for a Crash … Empty apartment developments stand in the city of Ordos, Inner Mongolia. China's central bank sent global markets reeling when it attempted tighten credit and rein in the country's shadow banking system. But the consequences of China's credit binge may just be getting started, and experts say there could be more pain to come for the world's second-largest economy. "We've been seeing tightening since the end of last year," said Leland Miller, China Beige Book International president. "This is not a spur of the moment decision by the central bank." Leland said the higher interbank lending rates are an indicator of a tension in the system. "The credit transition mechanism is broken and until that's fixed, there will be no happy endings in China," he said. – CNBC

Dominant Social Theme: China will take over the world.

Free-Market Analysis: The question haunts many an investor and economist: Will China experience a soft landing?

To us the answer to the question is obvious: China is destined, sooner or later, to land "hard."

How can it be otherwise? The Chinese central bank has been extraordinarily aggressive and the larger Chinese economy – at the top, anyway – has many aspects of a planned system.

In other words, despite the free-market environment that allows certain kinds of industrial competition at the lower levels, the monetary economy is firmly in the hands of the Chinese Communist Party.

This has allowed for a tremendous boom in the past few decades, probably synonymous with what the Russians experienced at the beginning of the USSR's existence. But while planned economies are able to create massive economic gains to begin with, problems come about later as the system ages out.

Because such systems are put in place without the requisite competition, the burden of production grows heavier and heavier over time. As there is no commensurate market benefit to what has been constructed, a level of degeneration sets in. This is inevitably what takes place in planned economies.

Interestingly, the entrepreneurial aspects of the Chinese economy, especially at the lower level, may be quite healthy because it is here that the Invisible Hand has been allowed to operate.

Thus, over time, those who want to live or work in China may wish to make a distinction between state-operated industries and those that are legitimately the product of a more competitive environment. These distinctions will not be verbalized by the government, of course, which is devoted to the fiction (unusual in a communist country) that the Invisible Hand operates at all levels and that the entire Chinese economy is reasonably vibrant.

The People's Bank of China in a statement said the performance of the economy and financial system "are sound" and that there was no shortage of liquidity in the market. But the economy must still come to grips with the credit binge and the over-investment undertaken in an attempt to avert an economic slowdown at the outset of the global financial crisis.

… Gordon Chang, author of "The Coming Collapse of China," said China may only be growing 2 or 3 percent and if you strip out all the construction going into ghost cities and "high-speed rail lines to nowhere," the economy may not be growing at all. He looks at electricity usage as a better indicator of growth than the official Chinese statistics.

"China claimed 7.7 percent growth for the first quarter," he told CNBC this month. "But when you look at electricity, by far the most reliable economic indicator of Chinese economic activity, that grew 2.9 percent in Q1. When you consider that the growth of GDP is historically 85 percent of the growth of electricity, you're talking 2.5 percent (growth)."

And many of those loans used to finance the construction of those ghost cities and idle train lines may never get repaid. Instead, banks continue to roll over these loans—many made to state-owned companies. If the banks were to stop rolling over those bad debts, it could create a capital hole in the banking system and force the government into a costly recapitalization of the banks.

… For some international investors, China uncertainty has been reason to avoid the country's equities altogether. Rajiv Jain, manager of the Virtus Foreign Opportunities Fund, told attendees at the Morningstar investment conference earlier in the month that he was "very concerned about the risk coming from China's shadow banking system."

In his first-quarter investment commentary, Jain wrote, "In our view this level of (China) credit growth is unsustainable. There is bound to be a significant contraction in credit and, with it, GDP." He added that the risks are systemic.

In fact, we've been making this case for years now, even before we learned of China's ghost cities and empty skyscrapers. It simply didn't make any sense to us that China could grow at a rate of nine or ten percent per year.

There are some, of course – the more conspiratorial among us – who claim China's excessive infrastructure has been planned for purposes of accommodating China's still vast agrarian population that the leadership wants to urbanize.

But many of the ghost cities that now dot China are aging and perhaps beginning to rot. Shoddily erected to begin with, they are surely – as are all vacant buildings – subject to mold and water damage. By the time populations begin to trickle in, the cities or portions of them may be virtually uninhabitable.

This assumes, of course, that the Chinese government is going to be able to negotiate a transition from what is left of the agrarian culture to an urban one for hundreds of millions of Chinese that have not thus far participated in China's commercialization and Westernization. But it is our suspicion that many of those who have not yet experienced the urbanization that the ChiComs have in mind are ethnicities other than the majority Han and that any programs to urbanize these non-Han cultures may experience considerable pushback.

Couple potential (and ongoing) unrest regarding further urbanization with a lagging economy, an unbalanced banking sector and dwindling exports and you have a recipe for further questions about the Chinese Miracle.

The biggest gamble of all may be the ChiComs' recent announcement that they intend to allow yet more free-market activity to take place. At what point do market forces begin to overwhelm ChiCom command-and-control facilities, especially when it comes to high-end monetary economy where the power resides?

For all these reasons, we would imagine that even if China escapes a hard landing for now, there is one in store sooner or later.