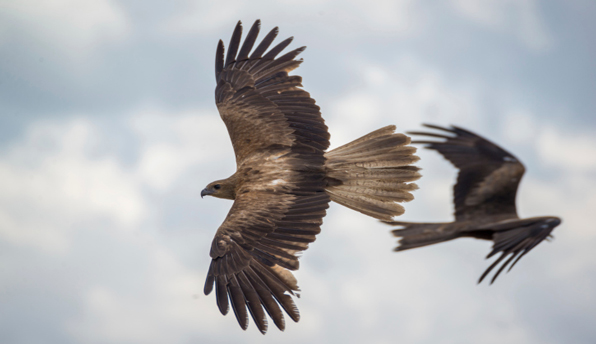 Charles Plosser thinks there's a ticking time bomb at the Fed … The way Charles Plosser sees it, the Federal Reserve is sitting on a ticking time bomb that could severely damage the economy unless the central bank reacts quickly to defuse the looming threat. The Philadelphia Fed president, viewed as one of the bank's leading hawks, is worried about some $2.5 trillion in "excess" reserves. That is, loanable funds available to individual or corporate borrowers through the nation's banks. The Fed has created these reserves through unprecedented purchases of U.S. Treasurys and mortgage-backed securities, a strategy known as quantitative easing. These reserves are just sitting in the bank system, basically doing nothing. – MarketWatch

Dominant Social Theme: Ultimately, the Fed will get it done. Things will be okay.

Free-Market Analysis: Once more, uneasy institutional voices are raised about the Fed's money printing. The idea is that the unholy trillions created by the Fed have been offered to commercial banks and may be used as loans at some point.

Too many loans and too much currency can create significant price inflation. It's a classical Austrian dilemma – as central banks print, the opportunity for an overheated economy becomes more and more feasible.

Eventually there IS overheating and then, eventually … a downturn, usually a violent one. That's what Plosser is voicing concern about.

That's because demand for loans has been unusually weak amid an economic recovery that's the slowest on record since the Great Depression. "These reserves are not inflationary right now," Plosser said in a meeting Tuesday with reporters in Washington.

Yet if borrowing begins to surge and those reserves start to pour out of the banking system, Plosser worries, "that's going to put pressure on inflation." The result: the Fed could be forced to raise interest rates faster and earlier than it would like and perhaps slam the breaks on the economic recovery. The Fed tried to avoid such a problem in the past simply by not creating so much excess reserves in the first place.

If the excess reserves did not exist, banks could not lend out too much money and trigger an inflationary spiral. What's different now is the reserves have already been created. So the Fed has to figure out how to withdraw the massive reserves it's injected into the banking system without causing major economic harm in the process.

The real question is why make this point now? Part of the reason, in our view, is to create and expand a dialectic between Doves and Hawks that gets it "on the record." This sort of statement makes clear that at least some savvy central bankers had the foresight to anticipate potential problems.

Of course, it doesn't take a genius to foresee that the US Fed has stored up problems for itself. In fact, the Fed is paying its larger banks several basis points on a regular basis NOT to circulate available currency. And thus, we see that those involved with US central banking are quite aware of what has been done and what the consequences are.

Often it is stated that Fed bankers do not understand the mechanism of money printing and are surprised when it inevitably turns out so badly as it does. But BusinessWeek clearly states the current monetary wisdom in an article, "Yellen Wants to Put People Back to Work."

Yellen's jobs focus suits a period of slow growth, high unemployment, and widening disparities in income, a trend she described as "very disturbing" in May 7 testimony to the Joint Economic Committee of Congress. "She is trying to get more people engaged" in the workforce, says Diane Swonk, chief economist at Mesirow Financial Holdings. "It gets to the heart of what she thinks is important: inclusion."

At the March 18-19 meeting of the Federal Open Market Committee (FOMC), which sets rates, Yellen dropped a pledge made by predecessor Ben Bernanke to hike the benchmark rate if unemployment dropped to 6.5 percent and inflation was forecast to be no more than 2.5 percent.

She made the decision after the jobless rate was poised to fall below 6.5 percent this year, which it did in April, even as other labor indicators continued to show weakness. "The committee has never felt that the unemployment rate is a sufficient statistic for the labor market," she said at the press conference following the meeting.

With Yellen in charge and the 6.5 percent threshold for raising rates gone, the committee opted to maintain the go-slow approach that Bernanke started. He pushed the cost of overnight loans among banks close to zero in December 2008 and kept it there through the rest of his tenure.

It is probable that Yellen's "high-wire act" is going to precipitate considerable price inflation over time. It is difficult to anticipate any other scenario, especially if certain monetary injections are curtailed.

So if you are running the Fed what do you do?

You anticipate it, rhetorically. In this way, any problems that occur can be discussed within the context of what has gone wrong with Yellen's policies. We've already dealt with this idea in our article, "Janet Yellen, Most Powerful Sacrifice in the World?"

The torrent of money issuing from the Fed will continue. It will expand stock market averages while causing great irritation to other Great Powers around the world.

… One wonders if Yellen herself fully understands what the globalists that surround her have in mind for her. She is a bit like a blue-daubed sacrifice teetering at the top of one of those ghastly Incan or Mayan temples, ready to have her head severed, so it will bounce down the steep stairs along with her corpse.

This may be too strong an analogy or perhaps not. We will see how badly things deteriorate under her watch. What is perhaps most disturbing is that all this will take place while Yellen is being celebrated as a "powerful woman" by those who are directly or indirectly plotting her demise.

No one really has much power in this modern monetary world except for those who supervise central banking at the highest levels – at levels higher than Yellen, even.

And that is where we are now. This expansion has been driven relentlessly upward for some five-plus years. Another year or two and this latest "Wall Street Party" will be finished.

We anticipate a downturn that will be as violent or even more so than 2008. And one way of anticipating the coming disaster will be by keeping track of the hawkish rhetoric emanating from the Fed.

Having set in motion the next great disaster, they will not be shy about explaining its imminence. In the meantime, party on.