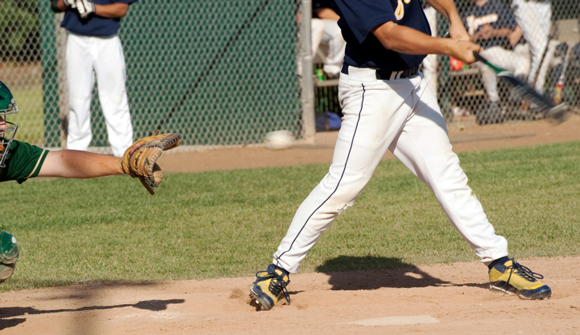 Sebelius on the Run … The HHS Secretary refuses to testify about ObamaCare's rollout. The Affordable Care Act's botched rollout has stunned its media cheering section, and it even seems to have surprised the law's architects. The problems run much deeper than even critics expected, and whatever federal officials, White House aides and outside contractors are doing to fix them isn't working. But who knows? Omerta is the word of the day as the Obama Administration withholds information from the public. Health and Human Services Secretary Kathleen Sebelius is even refusing to testify before the House Energy and Commerce Committee in a hearing this coming Thursday. – Wall Street Journal

Free-Market Analysis: This article in The Wall Street Journal seemed noteworthy to us because it was actually honest about the current disaster that is Obamacare.

Because of this, it is also attacking a main elite meme of "technocracy," the idea that government is filled with efficient individuals who are working selflessly for the common good.

This dominant social theme is broadcast daily in the mainstream media and regularly advanced in Hollywood movies, on talk shows and on the Internet, too: Most government programs represent triumphs for the electorate, or so we are told. At the very least, the government is portrayed as efficient.

Take taxes. It is true that the IRS manages to collect a good deal of tax, most of it sent in "voluntarily," but one does question how efficient the organization actually is. More likely, the triumph of tax collection currently has more to do with people feeling intimidated by the process and penalties than the efforts of IRS collections itself.

We look at other aspects of federal power such as public education, infrastructure and environmental "enforcement" and we can come to a similar conclusion – based on extensive (non-mainstream) reading.

Public education in the US is abysmal and getting worse. US infrastructure has needed an upgrade for decades and when it comes to the environment, well … US enforcers seem to operate in a fairly illogical and inconsistent manner, often fulfilling goals that are obviously political.

Governments are marginally better at "war" than they are at managing civic functions, but the US's many wars have not resulted in many victories. The "war on drugs" rages on in Mexico and South America without letup or success and "real wars" such as those prosecuted in Afghanistan and Iraq don't seem to have resulted in any great successes, either.

Nonetheless, military spending continues – nearly US$1 trillion worth a year. Whether this is making the country "safer" is not a question the mainstream media usually asks, either.

The mainstream media is generally close-mouthed about government difficulties. Problems with laws and their implementation are simply not mentioned; nor is the legislative process itself scrutinized too closely. While the coverage of the healthcare debate that led to Obamacare was rolled out in some detail, the trickery that got it passed was certainly not dwelt upon.

One-sixth of the US economy was reconfigured with the stroke of a pen. This was cast by the mainstream media as a kind of business-as-usual. There was no doubt the federal government, a few hundred legislators and a chief executive, had the right to make such a law. Yes, things would change in a big way, but ultimately they "expressed" the will of the people and were a testimony to President's Obama's admirable ambition to create a legislative legacy.

Ducking an investigation with spin is one thing. Responding with a wall of silence to the invitation of a duly elected congressional body probing the use of more than half a billion taxpayer dollars is another. This Obama crowd is something else. What bunker is Henry Chao hiding in, for instance? He's the HHS official in charge of technology for the Affordable Care Act, and in March he said at an insurance lobby conference that his team had given up trying to create "a world-class user experience."

With the clock running, Mr. Chao added that his main goal was merely to "just make sure it's not a third-world experience." He didn't succeed. Whatever is below third-world standards would flatter the 36 federally run exchanges as they've started up.

But perhaps Mr. Chao or someone else, if not Mrs. Sebelius, can answer even the simple question of how many Americans have managed to enroll … No doubt a hearing would be a spectacle—with TV cameras on hand—but Mrs. Sebelius can't hide forever. Even pro-entitlement liberals want to know about what went wrong and why, how much if any progress is being made, and whether the ObamaCare website Healthcare.gov will be usable in a matter of months—or years.

More disclosure might also help HHS preserve a scrap of credibility, given that none of its initial explanations has held up. Right now, no one trusts a word that emerges from Fortress ObamaCare. To take one example, this week the Associated Press obtained an internal HHS memo from September 5, 2013 specifying the Administration's monthly enrollment targets—a half-million sign-ups in October, 3.3 million by December 31, and so on.

Asked about this by AP, HHS not only declined to say if it is meeting its projections. The department issued a statement claiming that "The Administration has not set monthly enrollment targets." The spokesman did not cite the classic Marx Brothers line, "Who are you going to believe, me or your own eyes?"

There is no way to "spin" this particular disaster. When a company rolls out software, glitches are certainly expected but the company responsible is often criticized and sometimes the stock price suffers.

In this case, at a cost of some US$600 million, the Obamacare rollout seems dead-on-arrival. It is not just "buggy" – it actually doesn't work at all for most people. Even days after the rollout, it was hard to find anyone who had actually used the software to enroll in an insurance program, which was the whole point of the exercise to begin with.

A private company faced with this sort of result would probably collapse into bankruptcy, a tangle of lawsuits and doubtless a criminal investigation. We doubt highly any of this will happen here.

In a sense, the legislative process itself is so perverted and perverse that the normal consequences simply do not apply. Six hundred million is little or nothing to a country that can print trillions in a weekend, as Ben Bernanke is reputed to have done during the crisis of 2008/2009.

Also, the process is a highly cynical one. It is likely seen by the progressive wing of the Democratic Party as nothing more than a way station to a "single payer" system. Nevermind that such systems are disastrous and result in fewer technological innovations and more deadly bureaucracy – the goal remains to fully socialize medicine in the US.

Healthcare is an integral part of the coming immigration battle, as well. The Obama administration seems determined to do what George Bush could not, which is to make Mexican citizens virtually indistinguishable from US ones in terms of constitutional rights and even compensation.

It is very possible that Obamacare will prove an additional incentive for Mexicans to emigrate to the US, either fully or partially. This in turn is part of a larger regionalization effort to stitch together Mexico, Canada and the US into one North American Union. This is denied currently as "conspiracy theory," but the signs of the coming union are fairly clear and growing clearer all the time.

The technocracy meme is a very useful one in the "statist" narrative, as it portrays government as both efficient and meaningful. But investors in particular have to be very wary of the financial justifications for what is taking place. Carbon marts, now shut down in various places, were touted as part of an industry that would someday trade trillions. Various electric car companies have foundered and, as before, wind and solar energy have proved at least somewhat chimerical.

It is important to distinguish between viable dominant social themes and those that the 21st century Internet Reformation is in the process of exposing. The Internet and the information that comes with it has made investing more challenging in the past decade than before.

In the 20th century, it was often enough to know what the power elite had in mind backing and then to follow that elite lead. But there have been so many stumbles in the 21st century, that strategy is nothing like a "sure thing" these days. Western government generally in the 21st century has become a tool of internationalism, and its "solutions" are often merely methodologies of increasing state control, centralization and ultimately globalization.

In this century, investors will have to work hard to determine more clearly what is an "added value" and thus worth investing in and what is merely a kind of promotional theatre designed with a clear if unstated agenda.