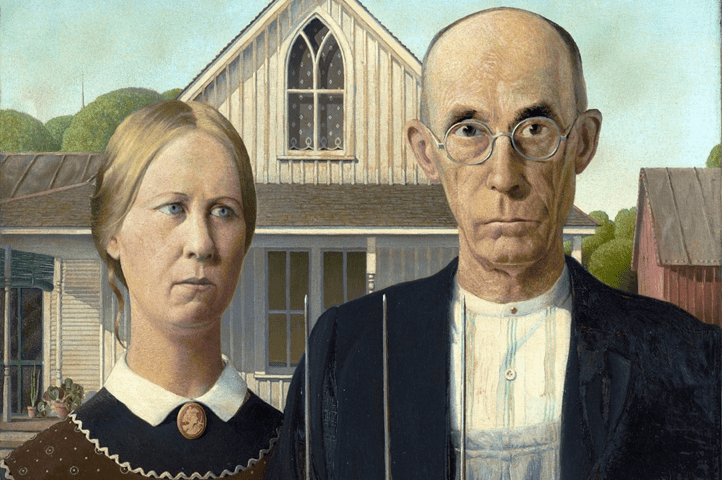 *Not an incitement to literal violence. Please don’t sue me. I’m not a domestic terrorist.

Mr. Nightingale explained, speaking to ArmageddonProse minority reporter Indigo Watyoka that lately he’s been “feeling the itch”, having become enthusiastic over the [re-enacted] hanging of Wall Street bank executives who have robbed him of the opportunity to make a decent living on his generations-old family farm.

“Clarence is what you would call an eager beaver” noted Clarence’s wife, Mrs. Henrietta Nightingale, as she knitted an illustration of a pig with dollar signs for eyes, feeding at a trough filled with floating human fetuses. The caption “Eat the Rich” is emblazoned into the fabric. “This here is Porky the Banker. He’s the naughtiest little piggy I seen in all my life.”

“Everybody’s got their own coping mechanisms. Embroidering insurrectionist pillowcases is mine”, she added.

Henrietta, a retired schoolteacher, lost the entirety of her pension in the years following the 2008 financial crash after casino hucksters in Manhattan gambled her money away into the wind, or just stole it.

Mr. Nightingale on Tuesday morning at the Quik Stop© — in a nod to the legacy left by French peasant rioters some 200 years ago — rallied his neighbors to a [figurative] uprising against large multinational financial institutions in the New York area. He particularly singled out Jamie Dimon, head of JP Morgan Chase.

To date, there has not been an “old-style” public execution in South Dakota for many decades, and residents have reported a “gnawing longing” for a return of the practice in recent times, exacerbated by their shrinking wealth juxtaposed with the lavish luxury of coastal elites in D.C. and New York. Reveling in the opportunity to strike back at the empire with [re-enacted] cathartic violence, Clarence flew into a passionate rage to a small but fiery sympathetic crowd gathered at the Kwik Stop©, Clarence declared:

“On this New Year’s Eve, brothers, we come together in communion to burn Jamie Dimon [in effigy]. And boy, am I all hot and bothered over stringing this porker up to the stake and crisping his skin to a golden brown [in our collective imaginations]!”

“This international banker little demon fairy has headed up the dismantlement of the American dream – our birthright – for decades. Little by little, they have drained the lifeblood of the American middle class that our fathers built for us. They have stolen our future. Our picket fence is replaced with a shopping cart and a cardboard yoga mat and… and… a goddamn Applebee’s©! Mr. Brysons’ old corner store is now a sleazy pawn shop full of shysters just like ole’ Jamie here. They took away your hope and gave you Prozac©. He and his fat cat buddies drink the [imitation] blood of our Christian babies [made with corn syrup and food coloring].”

When pressed about the “blood libel” reference later — a medieval anti-Semitic trope repeatedly decried as hatespeech by the Anti-Defamation League — Clarence was quick to stress the “non-literal” nature of his claims, which were his way of just trying to express himself as colorfully as he knew how.

“My dander was all up”, he insisted. “I guess I got a little carried away.”

“This is a First Amendment thing”, Henrietta chimed in. “Remember what Mr. Weisberg said, honey.”

“Mr. Weisberg told me this was a First Amendment thing”, Clarence repeated.

Mr. Weisberg is the family attorney.

In a sit-down with ArmageddonProse minority reporter Indigo Watyoka, Jamie Dimon responded to the mock public execution, threatening legal action and encouraging Clarence and his desperate South Dakota farming community to “suck it up”.

Mr. Dimon’s publicist has since released a statement denying that her client said those things, insisting that he was taken out of context and that he is indeed concerned about the massive poverty sweeping across the Midwest due to de-industrialization and the housing crisis that he himself engineered in large part.

Proctor and Gamble© spokesperson Karen Prescott, in a series of Tweets, stressed that the corporation does not support class warfare. “Pringles© are for everybody. This is a bad time to get involved, and we don’t feel the good name of Pringles© Once You Pop You Can’t Stop™ needs to be dragged into all this divisive rhetoric. Plus, if our slave wage peasants in Indonesia catch wind of the South Dakota uprising, they might get some notions in their head of class solidarity or whatever. Next thing you know, they might want to learn to read or enjoy basic labor protections or something like that.”

“We encourage all of our palm oil plantation slaves to stay away from books”, Prescott added.

“This little Blankfein piggy’s got a picture of Marie Antoinette fellating Satan over his bed post that he whacks off to in the night. Oink oink smut smut little piggy, you’ve been a naughty little boy” Clarence yelled into the bullhorn, launching into what some of his more Evangelical Christian followers described as a “disturbing Exorcist-esque” tirade, even slipping several octaves in voice to a “concerning, almost demonic” growl.

A hogtied and ball-gagged [life-size model of] Blankfein was then hoisted onto the scaffold while onlookers gathered in the convenience store parking lot hurling Mountain Dew© cans and other debris at the manikin and issuing racial slurs.

Looking on in support of her husband, Henrietta Nightingale stressed that this was for entertainment purposes only, and that these demonstrations were merely performance art.

Clarence continued, now red in the face and looking “aroused”, as Henrietta described it:

“Now, brothers and sisters, we shall deliver Lloyd to justice, to dispatch him [in spirit] to his maker. As he breathes his last [proverbial] breath before the [demonstration] plank drops out from under his feet and his neck snaps [symbolically] tight against the [imaginary] rope, he will know that his numbered days have run down to 0.”

“Or, if it pleases the good people gathered here, we’ll roll out the [imitation] guillotine that Henrietta welded in our barn and sever this hog’s meaty old baby-feastin’ head with the National Razor [in a fantasy re-enactment].”

The crowd roared enthusiastically in response to the guillotine option, excited by the chance to witness a new method of [symbolic] execution that had yet to be performed at the Quik Stop© symbolic death sentence station for enemies of the People.

Mr. Blankfein’s [replica] head then rolled onto the pavement to the ecstasy of the vindicated crowd, where a cleat-clad child named Benson kicked it into the dumpster — “just like Coach Dietrich taught him to do with a muddy soccer ball at his Basin Hill Rec Club,” his mother recalled through tears of cathartic pride to ArmageddonProse minority reporter Indigo Watyoka.

Ben Bartee is a Bangkok-based American journalist with opposable thumbs. Follow his stuff via his blog, Armageddon Prose, Substack, Patreon, Gab, and Twitter..