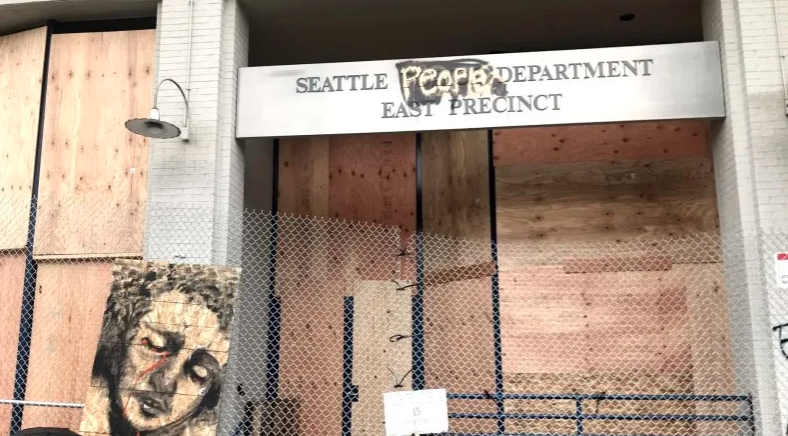 STAFF NEWS & ANALYSIS, Videos
Here’s What the Revolution will Look Like
By Joe Jarvis - December 18, 2020

In 2018, the Pentagon held a “War Game” depicting a scenario where the military would be deployed against the American people.

The Intercept has published documents detailing the background information on the exercise.

The Pentagon imagined a disenfranchised Generation Z, strapped with college debt and no opportunities. They have lost faith in the American Dream, and believe the system is rigged against them. As so they rise up.

To be clear, the scenario is fictitious, and shouldn’t be interpreted as being based on real intelligence. However, the Pentagon tries to make the War Game scenarios realistic.

And it certainly identifies real reasons why people are pissed off at the establishment. “The system”, from the Federal Reserve to the Police State, has kept people under the thumb of the government, and their corporate cronies.

The US military clearly thinks this is along the lines of the threats they will face over the next decade. The exercise material details the scenario:

In early 2025, a cadre of these disaffected Zoomers launch a protest movement. Beginning in “parks, rallies, protests, and coffee shops” — first in Seattle; then New York City; Washington, D.C.; Los Angeles; Las Vegas; and Austin — a group known as Zbellion begins a “global cyber campaign to expose injustice and corruption and to support causes it deem[s] beneficial.”

During face-to-face recruitment, would-be members of Zbellion are given instructions for going to sites on the dark web that allow them to access sophisticated malware to siphon funds from corporations, financial institutions, and nonprofits that support “the establishment.” The gains are then converted to Bitcoin and distributed to “worthy recipients” including fellow Zbellion members who claim financial need…

Gen Z’s most militant members have essentially taken to privately taxing large corporations and other institutions to combat income inequality or, as the war gamers put it, using the “cyber world to spread a call for anarchy.”

Now here we are in 2020, and sadly the military being used against the American people has become a distinct possibility.

And it starts in Seattle.

Earlier this year, a section of Seattle declared itself a Free Autonomous Zone.

Protesters, who claimed to have the support of the businesses within the area, set up roadblocks, and occupied an abandoned police precinct.

Police and National Guard units pulled out of the area. Police barricades and walls were used by protesters to create a defensive traffic flow through the area. Armed citizens guarded the entrances to the area– a friendly neighborhood drug lord even provided some security and weapons.

The police department sign was altered to read “People Department.”

Socialist City Council-member, Kshama Sawant, jockeyed for control over the movement. She was one of many speakers to address crowds in the “autonomous zone” saying, “What we are seeing now is an uprising. A rebellion of young people. Not just nationwide but globally.”

A few weeks earlier Kshama Sawant tweeted that, “corporations like Amazon need to be taken into democratic public ownership, to be run by workers for social good. We will need militant mass movements, strike actions at workplaces, to begin to fight to win this. Because it will be a political strike against billionaires.”

This is important to understand in the broader context of the opposition facing the federal, as well as state and local governments.

The Bolsheviks are attempting to co-opt the police brutality protests to accomplish their own socialist goals.

I certainly oppose police brutality, and the federal intrusion into my life. And I recognize that certain replacements would be worse– like replacing a Czar with a genocidal Dictator in Soviet Russia.

It is important to pay attention. But the group that starts the revolution is rarely the same one which declares victory.

Take a look at my video about who wins the game of Risk.

It is the people like Joseph Fouche (his story starts at 2:40 in the video above), who work behind the scenes to hold power while others fight.

French Statesman Talleyrand had a similar story. His power also survived the French Revolution, before he helped Napoleon take power, then helped overthrow Napoleon, and later helped Napoleon escape imprisonment, and regain power for 100 days. Then Talleyrand also worked for the next government.

What is happening now is the very early stages of a serious economic catastrophe, and widespread social unrest.

Many different scenarios could play out. And some of those possibilities involve a revolution or civil war.

But any revolution will be very fragmented. There will not be one organized force opposing the US government.

And each little rebellion will be different. Some will take over police precincts and government buildings. Others will be entirely online, hacking, taking out cyber-infrastructure, and intercepting information.

Sure, at some point larger, cohesive movements will occur. We might even see state government take a stand against the feds.

But this is a large country, which was never really cohesive to begin with. A decentralized rebellion will spark in many places across the nation. City by city, and state by state, the goals, demands, and ideologies of these movements will be unique.

People who are out in the countryside will see a very different revolution.

It is possible that while the military focuses on urban opposition, the countryside fights a defensive war.

Imagine a well-armed, tight-knit group of people in a relatively small proximity. They can grow and hunt their own food. Hell, they might even has stills making alcohol-fuel for their tractors and trucks.

These people exist all throughout America. When the times comes for them to protect themselves, their livelihoods, their land, their loved ones, and their way of life, it will be only in self defense.

These people are not insurgents. And they aren’t the type to allow insurgents into their communities.

The US government has a big problem on its hands. The USA started with a guerrilla uprising, and the modern US Military has never decisively won a war against guerillas.

Let’s hope enough people in power recognize their precarious positions, and opt for a very simple approach (but one that does not come easy for tyrants):

They can leave people alone and let them be free.

To be honest, I don’t really care if the Bolsheviks take over Seattle. I’m much more concerned about them taking over DC, and being able to force their Socialist agenda on the entire USA.

Really, that’s already happened to a large extent, and fragmentation of government would safeguard us in a sense.

When there is no centralized power structure to control, it allows free people, and all the social and economic benefits they create, to flourish.

But individuals do need to prepare for that fragmentation.

Under many scenarios, supply chains will suffer, and food and medicine will need to be sourced locally.

Alternative currencies to the US dollar will be required in order to continue trade.

Personally, I’d be more interested in fulfilling market demands at a local level than participating in any revolution.

You gain more power by serving the demands of a local market– the more beneficial your contribution, the more you are needed, and can set the tone for local governance.

By producing certain tangible goods that work well as a medium of exchange, you essentially become a money printer.

Check out my recent video on currencies in a worst case scenario.