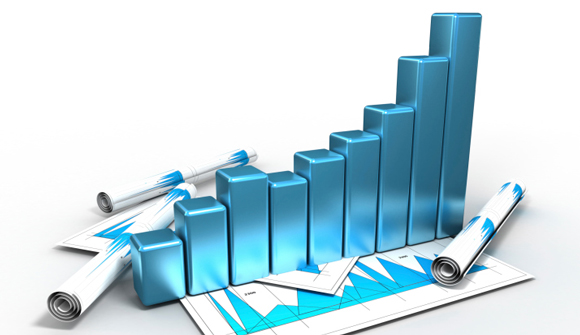 Stocks End Mixed; Nasdaq Misses 4000 … Stocks pared most of their intraday gains to end mixed, while the Nasdaq Composite Index breached 4000 for the first time in 13 years, but failed to sustain that level. The Dow Jones Industrial Average edged up 8 points, less than 0.1%, to 16073, a fresh record for blue chips. The stock index has closed at a record high 42 times this year. The S&P 500 Index slipped 2 points, or 0.1%, to 1802. The Nasdaq Composite Index added 3 points, or 0.1%, to 3995. It rose as high as 4007 earlier in the day. Stocks pushed higher early in the session, as investors were buoyed by a deal to curb Iran's nuclear program that knocked oil prices lower. Traders said the rally lost its momentum late in the trading day amid thin trading volumes due to the holiday week. "There's just not much alacrity in the market or conviction either way," said Gordon Charlop, managing director at Rosenblatt Securities. "It's got a holiday feel." – Online WSJ

Dominant Social Theme: Everything is coming up roses.

Free-Market Analysis: Do you really believe, dear reader, that the US economy is booming and the stock market is soaring because things are so good?

We don't believe it. But this article in the online Wall Street Journal makes the case that the US economy and its equity-based capitalism generally is functioning the way it should.

We know all the reasons why the stock market is up … from the mainstream point of view, of course. Stock markets "climb a wall of worry." And stock markets "anticipate a recovery."

And thus, the mainstream media is able to publish articles that treat the current "rally" as a market-based phenomenon. Here's more:

"That bodes well for consumption and retail sales going into arguably the most important month of the entire year," Mr. Tanious said. "Everybody gets into a car and everybody's about to go out there and start spending. With more disposable income in consumers' pockets, it really couldn't come at a better time."

… The Nasdaq Composite Index has outperformed the broader market this year, driven largely by stocks outside the technology sector. Health-care and consumer stocks increasingly comprise the bulk of the index, which is up 32% this year, a nine-percentage-point lead over the Dow industrials. Despite the recent gains, the Nasdaq at 4000 would be 21% below its all-time high. The Nasdaq index peaked at 5048.62 on March 10, 2000.

On Friday, the Dow rose 55 points, or 0.3%. The blue-chip index has gained 171.72 points over the last three trading days and is up nine of the past 12 sessions. In the year to date, it is up 22.7%. On Friday, the S&P 500 closed above 1800 for the first time, posting its 37th record high close of the year. The Federal Reserve's easy-money policy, low inflation, a slow-but-steady economic expansion and a shrinking number of attractive alternatives have helped fuel the stock market's push into record territory in recent months.

All of the predictable memes show up in the above description. Christmas is coming and stimulating necessary "consumer spending." Health care and consumer stocks thus build a traditional "base" for "higher highs." Of course, "more disposable spending" couldn't come at a better time, according to analysts.

Within that context, Kaufman's statement is correct: The path of least resistance is higher for stocks.

It shouldn't be, of course. The economy has NOT recovered in the US, nor elsewhere in the West. The US in particular has severe and ongoing difficulties. Price inflation is closer to 7-10 percent than whatever the government claims. And Shadow Stats puts unemployment levels over 23 percent.

That's all a guess, of course, because we figure taxes, regulations and price inflation have driven a lot of the US economy underground. Nobody really knows, therefore, how many people are scratching out a living and in what way.

But it's not good. The system – as we have long pointed out – essentially died in 2008 with the bursting of the mortgage bubble. The re-inflation that was necessary was nearly overwhelming. By 2009, Bernanke apparently had to release something like US$16 trillion to ensure that banks around the world didn't fail in a single spectacular crash.

But he might as well have let them. By propping them up, Bernanke salvaged the current economic system, but it's not a system that is doing anybody much good except for a modest handful of controllers. The West is running a securitized economy instead of an industrialized one.

In order to give people the impression that the economy still functions, top bankers have turned to strategies that power the equity market in particular. We've listed the various methods they are using to push equity averages forward. They are cramming the pipeline with IPOs and changing the rules to make more advertising possible.

Mostly, they are stuffing the "investment" economy with ever more debased fiat paper currency. This has the effect of pushing up securities because the money is flowing through bank distribution channels – and banks hold securities portfolios for themselves or customers.

None of this is by accident, from our perspective. Those manipulating markets at the top levels want a final "blow-off." They want to take what is essentially a ruined Western economy and aggravate all its problems with further inflation and further stimulus.

It is an incredibly cynical exercise and one that will surely lead to a further meltdown not just of equity markets but of the larger economy, as well. And we cannot preclude the speculation that this exercise is taking place in order to provide a rationale to put a more globalized economic, financial and banking infrastructure into place.

It is a kind of self-fulfilling prophecy, though it is not without risk of incredible volatility. The higher averages go – decoupling from underlying earnings as they travel – the more volatility becomes a factor. But they are willing to take that risk no doubt because they are confident that they can reignite markets even after a crash, so long as the money keeps flowing.

In fact, the soaring averages and stock market news of the current day is providing the mainstream media with an incredible amount of fodder. Market moves themselves are now becoming "news." This is surely how you begin to rebuild a mania, even if it is one rooted in manipulation rather than reality.

And so we will doubtless get more articles like this one from the Journal, focusing directly on the ins and outs of the markets and why they are moving up and how much farther they might travel.

Now the story of the stock market begins to be the market itself. Like a self-fulfilling prophecy, the market's progress provides fuel for further investment and ever more excited coverage. Up, up and up.

This is a rare occurrence, though it may be a predictable one.