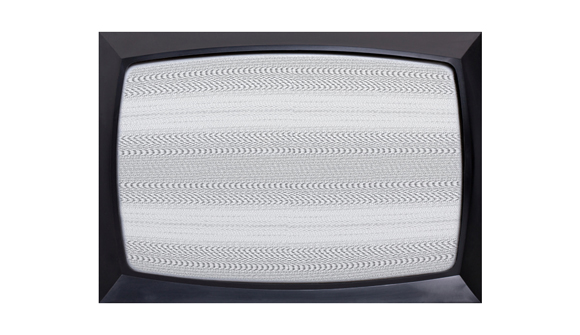 STAFF NEWS & ANALYSIS
Hillary Did Not Say Alt.Media Had ‘No Right to Exist’ – But Maybe She Has a New Ban Plan
By Daily Bell Staff - August 29, 2016

Hillary Clinton’s Attack on Breitbart News is an Attack on Press Freedom … Hillary Clinton has a new target in her campaign against Donald Trump: Breitbart News. Her goal is not just to use Breitbart as a political foil, but to shut the site down entirely. Deputy communications director Christina Reynolds sent a fundraising email earlier this week claiming that while other conservative news outlets had a “right to exist,” Breitbart News did not.  – Breitbart

Hillary’s recently fundraising email has attracted huge coverage in the media. But when one actually reads the text of the email, it is at least questionable as to whether she (or her deputy director who signed the letter) meant exactly what Breitbart (above) states.

Breitbart’s execs and journos feel understandably attacked, but their reporting, nonetheless, presents what seems to us as one interpretation.

Other articles and YouTube commentaries have gone further than the Breitbart article, presenting the statement as if it had said outright that Breitbart (and thus other alternative media) generally had no right to exist. One example (here).

Please note: This article is not intended  as a criticism of the alternative media (of which we’d like to think we are part) for it is often courageous and many elements represent a resurgence of credible journalism. We simply wish to suggest some alternatives regarding the reporting and also to offer some alternative scenarios.

This extends to Hillary’s recent speech as well, in which she unfairly mentioned some alternative media by name and accused them of dealing in bigotry and racism. But the speech did not include direct references to censorship or outright banning – the expectation of which had been reported by some.

The intention was apparently to mingle Donald Trump’s image and political philosophy with elements of a newly discovered media juggernaut (“alt.right”) in order to further condemn him as a racist.

Hillary has done this before, explaining when her husband was president that the couple was subject to attacks from a “right wing conspiracy.” Conflating criticisms and then identifying a fictitious, over-arching source is a way to trivialize attacks and undermine their credibility.

Once one has identified a conspiratorial mechanisms, then all subsequent attacks, no matter how relevant or credible, can be dismissed as part of the larger conspiracy.

But the larger concern regarding Hillary’s latest characterizations is probably not that Hillary will unconstitutionally attempt to impose blanket censorship but something else, as we suggest below.

The memo (as it seems to have been issued and sent) is apparently  reproduced here by WeAreChange.com.

This is what it says:

Whenever you hear about a right-wing conspiracy theory somehow making its way into the mainstream of political dialogue, there’s a good chance that Breitbart News had something to do with it.

Never heard of Breitbart News? It’s a fringe website where there’s no opinion too ugly, too divisive, or too outright crazy to be worth breathless promotion.

The one about President Obama being a secret Muslim born in Keyna? Breitbart was all over that story.

Or maybe you heard about the time they attacked an opponent – a conservative Republican no less – by calling him a “renegade Jew.”

Why does this matter?

Now we’ve had a conservative media in this country for a while. I don’t always like what they have to say, but I respect their role and right to exist.

Breitbart is something different. They make Fox News look like a Democratic Party pamphlet. They’re a different breed altogether – not just conservative but radical, bigoted, anti-Muslim, anti-Semitic conspiracy peddlers who never have been and never should be anywhere near the levers of power in this country.

But Donald Trump just gave them a broad, new mandate to shape his campaign, his message, the future of the Republican Party and quite possibly the country.

It goes without saying that we have to beat these people. But I want to beat them so decisively that their kind never rises again.

Doing that is going to take hard work, moral clarity, unshakeable (sic) determination and enough resources to make sure that every last voter in America hears from us every single day about the choice in this election.

We’ll never face a challenge more important than this. Please chip in to stand on the right side of history and help us send Donald Trump and Steven Bannon back to the fringes where they belong. When you do, we’ll send you a free sticker as a thank you for your support.

If accurate, this fund-raising memo demonizes Bannon and implies his message conforms to that of the supposedly bigoted Alt.Right (mentioned in Hillary’s speech) in order to further degrade his image as Trump’s CEO, and thus Trump himself.

She wants to beat “these people” (not just the Alt.Right media but also Bannon and Trump) so that their kind “never rises again.”

She wants to relegate them to irrelevancy. The memo even states this. “[Please] help us send Donald Trump and Steven Bannon back to the fringes where they belong.” (You’ll get a free-sticker if you do.)

Were Hillary to arrive in office and immediately wage a decisive war against the alternative media, which is vast and growing, the effort would likely cause considerable damage to her larger policy objectives.

Additionally, the methodology used by globalists is a gradual one and simply to try to shut down an enormous amount of media operations is precipitous not gradual.

This Alt.Right meme is an update of Hillary’s “vast, right wing conspiracy” meme of so long ago. It is not well done, either. The intention seems to be to present alternative media as bigoted. But to lump VonMises.org in with white supremacy groups is ludicrous.

Much of the alternative ‘Net media is as yet quasi-libertarian and while many things may be imputed to it, racism and bigotry are likely not among them.

The classical libertarian position is probably that government ought not to be involved in immigration policies at all. This is one we’ve adopted in the  face of considerable push-back, see here and here.

People ought to make up their own minds about whom they want to invite. Admittedly, this would be a more practical stance, if the US was privately owned as it ought to be.

Now,  let us suggest one likely, actionable (near-term) reason for Hillary’s attempts to present alternative media as bigoted – among obvious others. It may well anticipate the Internet passing beyond US control. In fact, Obama is about to give away ‘Net control to ICANN (here).

While Obama and others maintain that ICANN will retain its independence, it has already been suggested by various regimes, including authoritarian ones, that ICANN become part of the UN.

Certainly, if Hillary and others can make the case that the alternative media is fundamentally bigoted, then ICANN (as part of the UN or not)  might be pressured to censor. This is a clever strategy because it allows a worldwide third-party to take actions that might be more difficult to initiate in the US.

One way or another, further attacks will be levied against the alternative media and, yes, a President Hillary would try to considerably expand them – but how far and how fast remains a question. Matt Drudge of the DrudgeReport.com has even predicted fourth-estate issues will end up at the Supreme Court.

Perhaps upcoming alternative media attacks may be precipitous in the US, as they are in some cases around the world. But for numerous reasons, as suggested in this article, they could also continue to be relatively gradual so as to avoid an outright constitutional crisis.

Conclusion: In the longer-term, we’ve always argued that it is too late to “control” the Internet. Considerable damage has been done to the credibility of elite, vested interests. The incredible propaganda permeating Western societies has been exposed. Very little at this point can halt the impact of what we have had the privilege of calling the Internet Reformation.