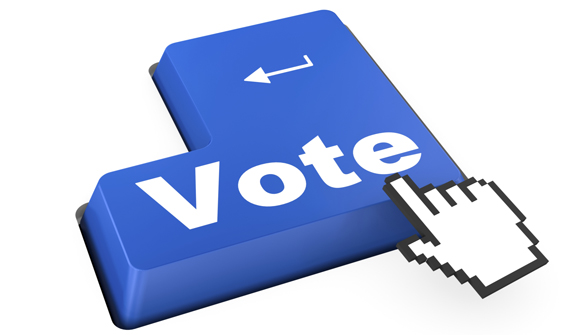 A record number of Americans now dislike Hillary … Democratic presidential nominee Hillary Clinton took aim at the “alt-right” movement that she said is taking over Republican presidential nominee Donald Trump’s campaign. Hillary Clinton hit her stride after the Democratic National Convention, riding to a double-digit lead over Donald Trump in some national and swing-state polls — her highest of the year.  As of today, though, Americans’ views of her just hit a record low.  –Washington Post

Hillary is leading Donald Trump but a majority of US citizens dislike her according to the Washington Post. Not distrust her, mind you, but actively dislike her.

We don’t believe her positive polls, given this dislike. But even if we did, there is certainly a chance, perhaps a good one that Hillary could lose. Ordinarily, we present the idea that Hillary may win because she is so obviously the candidate of the technocratic elite. But this may be a kind of ruse.

In fact, she may lose as part of a larger elite plan to raise up “populism” – and those who represent it – before creating endless, deeper economic dysfunction that will then allow globalism to be proposed as a solution.

Please note: Before we go farther, we wish to state that we have no ill-will regarding Donald Trump and he is certainly seems to be a better choice than Hillary for president. In fact, we’ve written numerous critical articles about her (examples here and here).  But our job is to provide viewers and readers with elite analysis – critiques of elite propaganda and the dominant social themes – memes – they create and circulate. This article is presented in that context.

Certainly, the Hillary versus Trump presidential election is cast in ever-starker terms, and it is inarguable that these terms have elite-initiated connotations.  Here’s an excerpt from an initial article we did on “populism versus globalism,” which others have picked up on and which is an obvious elite meme.

Globalism is in bad odor [and] here’s a thought:  The way to increase its prestige is to make sure that whatever is bad, is blamed on populism. The economic collapse. The wars. The European disharmony … Donald Trump has been cast as a “populist” as well as a “nationalist.” And now the Brexit victory has the same label. This certainly sounds like a conspiratorial analysis but looking at the sweep of history, especially the past 100 years, we can see that catastrophe precedes global progress.

Not only did internationalism expand after both wars, but it increased in vehemence. A third war/economic catastrophe will doubtless bring a more final globalist order with a full-fledged worldwide central bank and single currency (perhaps only electronic).

Such an evolution will include a comprehensive world government, perhaps initiated by the UN and doubtless consisting of a world judiciary, world legislature and even a single world executive.

Now we are not by any means predicting this will take place, only that some sort of effort along these lines is obviously being made. Investors, entrepreneurs and people who simply want to be aware of the world around them will want to observe the strategies.

Unfortunately, one of the ways that this could happen likely involves discrediting free-markets, libertarianism and freedom generally. This will have to take place before the alternative model can be implemented, which involves corporate technocracy and apparently, a gradual or precipitous decline in the human population (here).

The pertinent, near-term question is how this discrediting would occur. The answer, as unpalatable as it sounds, lies in an initial reinforcing of so-called liberty trends. It is indeed possible that victories against globalism like Brexit are actually being put in place to fail. We have this suspicions not because we are preternaturally paranoid but because we are well aware of overwhelming elite control of government functions.

If elites really had wanted Brexit to fail, it seems to us that it likely would have done so. If you are in control of the voting process, setting up a vote that appears feasible is easy enough. First comes a steady diet of “tight polls” that make the race too close to call, and then comes comprehensive voter manipulation to create the requisite “close” election-day victory.

Brexit did pass, of course. And to date, in the long term, seems like a fairly unmitigated good. And it is perfectly possible that Trump may win the election and produce similar positive results. However, In the past, we predicted his candidacy would reignited debates over the North American Union, here and here. That seems to be occurring, once again, leaving open the question of whether Trump’s candidacy is more complex than it appears.

If so, then over time, things would begin to deteriorate further. The current quasi-depression would get worse and worse. The tensions between the West on the one hand and China and Russia on the other would exacerbate along with incidents of a shooting war. Islam and the Middle East would  be mixed up as well.

Would it be a full-fledged war? Perhaps it would only be a steady series of regional conflicts that are eventually settled in such a way as to create a global alliance that leave China and Russia spheres of power along with the West. This, of course, is what Orwell’s 1984 forecasts. It is perfectly possible as well that even within the context of a “peace,” wars continue so as to generate the requisite tension and “health of the state[s].”

It is also possible that within these larger regional spheres, there might be far smaller and highly regulated entities. This suggests that the EU was actually conceived to be broken apart. The result might initially be a freer entity but ultimately, the disparate regions would collapse into dysfunction, at which point globalist solutions would be stressed once again.

The same thing might happen in the US. A Trump victory might set the stage for a variety of other evolutions that would ultimately discredit him and the liberty movement generally, up to and including secession. The idea is that a reinforced globalism would prevail.

Again, this is full-fledged conspiratorial analysis and to accept one must grant a very high level of elitist control of world institutions. Unfortunately, from our admittedly opinionated perspective, this is not entirely fanciful. Thus, even a Trump win is not (best case from our view) simply a sign of the return of a kind of potential Jeffersonian republicanism but may also be seen as something else – and much worse..

In any event, despite impressive elements inherent in Trump’s background and personality, we simply don’t know if politics will ever deliver much that can be construed of as an unmitigated good. We don’t know, for instance, if we can find a single instance where the course of empire has been radically shifted by democratic elections results. When it comes to politics and elections, almost anything can happen …

Conclusion: We have urged that people take their freedom in their own hands, looking out for themselves, their family and their local community regardless of larger politics. The best way to do this is to be as independent as possible, via an available food supply, fresh water and even the availability of physical gold and silver. Please control your own destiny as best you can.

Ed Note: Sorry about closing the comment session, below. This is a Disqus problem that we are trying to resolve, so far without success.