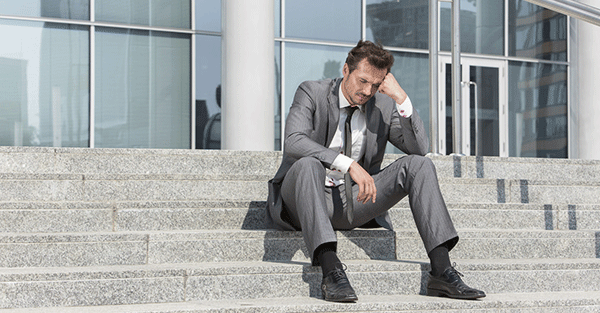 Democrat Hillary Clinton will call for a constitutional amendment to overturn the Supreme Court’s Citizens United decision in her first 30 days as president, her campaign said. Clinton first made the pledge to overturn the decision in 2015 during the opening week of her presidential campaign. The 2010 high court ruling, which allowed unlimited corporate and union spending in elections, has helped release a flood of political money in federal, state and local contests. –USA Today

Hillary Clinton has decided if she is elected that she will try for a constitutional amendment to remove the Supreme Court decision called Citizens United.

Citizens United gives corporations “free speech.” In a sense, this treats them like people.

Corporate personhood is actually the root of the problem, not simply “speech.”

We’ve often pointed out that corporate personhood is one of three legs of the stool supporting the modern corporation.

The others are intellectual property rights and central banking.

Even without crises, multinational corporations are advantaged by fiat money and its resultant credit.

Intellectual property rights sound like a terrific idea but in fact these rights basically provide control of ideas to the largest and most powerful corporations.

There is no reason why corporations should be so large. Corporate personhood allows individual executives to avoid responsibly for corporate actions.

Thomas Jefferson and other founders feared corporate personhood above almost all other sociopolitical manifestations.

They had seen the horrible ruin caused by the British East India Tea Company.

They left regulation of corporations to states. Thus modern-style corporations did not begin to appear in the US until the 20th century as a result of Supreme Court decisions.

Here, from the Brennan Center:

The 14th Amendment, adopted after the Civil War in 1868 to grant emancipated slaves full citizenship, states, “No state shall … deprive any person of life, liberty, or property without due process of law, nor deny to any person … the equal protection of the laws.”

We have the likes of former U.S. Senator Roscoe Conkling to thank for the extension of Equal Protection to corporations. Conkling helped draft the 14th Amendment. He then left the Senate to become a lawyer. His Gilded Age law practice was going so swimmingly that Conkling turned down a seat on the Supreme Court not once, but twice.

Conkling argued to the Supreme Court in San Mateo County v. Southern Pacific Rail Roadthat the 14th Amendment is not limited to natural persons. In 1882, he produced a journal that seemed to show that the Joint Congressional Committee that drafted the amendment vacillated between using “citizen” and “person” and the drafters chose person specifically to cover corporations. According to historian Howard Jay Graham, “[t]his part of Conkling’s argument was a deliberate, brazen forgery.”

“Before argument, Mr. Chief Justice Waite said: ‘The Court does not wish to hear argument on the question whether the provision in the Fourteenth Amendment to the Constitution which forbids a state to deny to any person within its jurisdiction the equal protection of the laws applies to these corporations. We are all of opinion that it does.’” This was not part of the formal opinion. But the damage was done. Later cases uncritically cited the headnote as if it had been part of the case.

The Big Picture …  Citizens United isn’t an isolated problem. It’s a symptom of a bigger, longstanding threat: for decades the largest corporations have been building power over our political process — power that comes at the expense of citizens.

One of the main instruments of this influence is the legal concept of “corporate personhood,” wherein corporations receive the same Constitutional protections as individuals. Corporations use these protections to claim the “right” to lie to the public, for example, or to influence elections in various ways.

A Constitutional Amendment is the only way to strip corporations of “constitutional rights.” Moreover, many kinds of electoral reform, such as public campaign financing that truly levels the playing field, are legal impossibilities without first amending the Constitution (as a subsequent Supreme Court decision on campaign finance vividly demonstrates).

For these reasons, there’s now a rapidly growing grassroots movement afoot to do so. At the head of this Movement is Move to Amend, a broad national coalition with more than 150 chapters nationwide and nearly 250,000 endorsers (Reclaim Democracy is a co-founder).  More than 400 cities and towns have passed resolutions or ordinances calling to end corporate personhood or have serious efforts underway.

Conclusion: But the premise is sound. Get rid of intellectual property rights, corporate personhood and other rights provided by judicial force and multinational corporations will subside along with their abuses, control and power. Unfortunately, since Hillary Clinton is a globalist, she will not try to remove corporate personhood but she should.