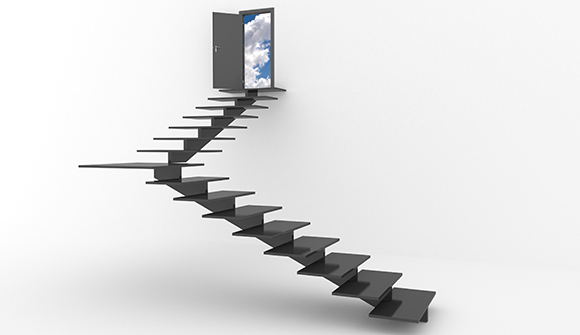 Free-Market Analysis: So we can see from this article provided by the AP to the Wall Street Journal that influential economists are apparently all of a socialist strain.

We recognize some of the names: Stiglitz, Krugman and Reich, in particular. These individuals are all proponents of the "free-market failure" theory. That is, government needs to step in – by force – on a regular basis because the Invisible Hand of the market fails just as regularly.

Of course, none of them ever explains HOW it fails – the theoretical underpinnings of the failure – other than to inform us that "greed" is what undermines market capitalism.

Nonetheless, the article informs us that people remain puzzled about the cause of the current economic crisis and are turning to these eminent individuals for perceived wisdom. Here's more:

The findings – based on Google hits, media mentions and academic citations – show just how much the business-guru landscape has changed since 2008, when a previous ranking was conducted using similar methodology. Author and consultant Gary Hamel ranked No. 1 at the time, a spot now occupied by Krugman.

"I call the new list the invasion of the celebrity economists," says Tom Davenport a management professor at Babson College and author of the 2003 book, "What's the Big Idea?" Davenport, who compiled this year's ranking with Jeffrey Cronin, a research librarian at HBS, says business and management topics have fallen out of favor, thanks to a shortage of megatrends like Six Sigma and business process reengineering, which swept the nation in the 1980s and 1990s.

"There's no really big topic," he says. Meanwhile, the financial crisis has made economic insight valuable to businesses and consumers alike, he says. "People are casting about for what caused the crisis," he says. That's one of the reasons economists did so well in the rankings, he says.

To be sure, much has changed in recent years in the way gurus gain exposure. The new ranking, for example, doesn't take into account Twitter followers, which might offer a modern measure of an individual's influence. Twitter followers was not necessarily a good measure of a guru's impact, says Davenport.

We're well aware that the current crisis HAS been explained but not by any of the above worthies. That's because none of the above approach economic issues from an Austrian, free-market standpoint.

Whole industries can be wiped out during these destructive phases and unemployment expands dramatically. Top men then preach that MORE money has to be printed to preserve the "system."

Lord knows why the system has to be "preserved" – as it doesn't work and is kept in place via the force of an extraordinary array of laws and regulations.

It would be better, in fact, to let it collapse. The pain would be horrible but at least it wouldn't linger.

You won't hear that sort of advice from the economists mentioned on the above list, however. They are all Keynesians who believe that even more of what has brought down current economies will gradually refloat them.

The list does remind us of how the mainstream media manipulates and controls the message when it comes to economic literacy. Excluding the message of free-market thinkers provides readers with a skewed view of options available.

These sorts of exclusionary tactics worked well in the 20th century, though not so much in the 21st. In fact, a list of this sort may now raise more questions than answers for many who have become aware via the Internet of systemic alternatives to the status quo.

Times have changed, but the mainstream media and its Keynesian economists stubbornly deny what's occurred. Far from being influential, they are losing credibility with remarkable speed.

This is a problem … for them. For us, it is a historical opportunity.