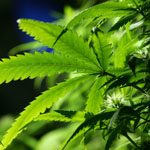 Henry Ford was probably right when he said, "It is well enough that people of the nation do not understand our banking and monetary system, for if they did, I believe there would be a revolution before tomorrow morning." That's why I believe, along with Ron Paul and others that the Federal Reserve needs to be abolished. The U.S. ran just fine without it — before its inception, in 1913. We had financial crises before its existence and after it, but its intervention has been proved historically only to make things worse. Our Founders never would have tolerated its abusive power or methods of bribery. It is a detriment to not only the economy but also the very existence of a representative form of government and all Americans who want to experience true freedom. In the meantime, however, until some act of God or the people do away with that self-regulating and fraudulent government agency, the least we can do is get the Federal Reserve under control by passing HR 1207 in the House and S 604 in the Senate. Write today to demand that your representatives support the bills that require an audit of the Federal Reserve. – Human Events

Free-Market Analysis: Chuck Norris may not seem as big a celebrity as some, but he is suddenly carving out a niche for himself that is unusual … as a financially literate thespian. More than that, Norris is what would be considered these days a Conservative Republican, so his call for the abolishment of the Federal Reserve could be seen as a most dangerous widening of the coalition that is forming against the American central bank.

Jefferson actually would be at home with the Ron Paul-led Libertarian Republicans. He would recognize Ron Paul's financial literacy, his emphasis on the Invisible Hand of the marketplace and most importantly, his anti-war, anti-banking stances. Jefferson would NOT be at home with the Conservative Republican point of view espoused by such varied proponents as Rush Limbaugh, Hannity and most of last year's Republican candidates. This variant of Republicanism is one that emphasizes an aggressive and far-flung standing army, an ever-expanding domestic security apparatus and an ever-more powerful executive branch with an increasingly entrenched belief structure that the President is somehow larger than the law of the land.

As we have pointed out previously, Conservative Republicans – really, the mainstream power brokers of the Republican party – have set out on a rebranding mission to salvage what they can out of the rubble left behind by former President Bush's big-government compassionate conservatism. In fact, Bush's viewpoints were in line with the larger Republican party, but the results blew the party apart. In simplest terms, the party leaders, including Bush, used the Jeffersonian rhetoric of limited government to get elected but practiced governmental corporatism and militarism.

Now, out of the rubble, rises Republican Conservatism, with the same small-government message – though still intermingled with support for a large security apparatus and military presence abroad. The other determining identifier of Conservatism until recently has been its disinterest in identifying the difficulties of the modern business cycle with the Federal Reserve. But now, most importantly, with this recent article by Chuck Norris, that may be changing.

And that is why we speak of the widening of the coalition. Of course, you, dear reader, may not have realized that Chuck Norris was writing articles, and that he identified himself as a Conservative – as a growing number of previous Republicans do – but he does. That is why the Daily Bell is written, to help you notice these things. Norris is a conservative, and now he has come out against the Federal Reserve. Something new and shiny.

In our attempts to document this larger story – the most important business story of the past 100 years! – we have begun listing all the ways the Fed is foundering. It is being sued, grilled, audited (potentially) and now even the Conservative wing of the Republican Party is beginning to turn on it. Again, this is the real importance of Chuck Norris' recent article. Here is some more from it:

The Federal Reserve is the Freemasonry of government agencies. It is a virtual secret society unto itself — a group of unelected brokers who hold the value of our dollar in the palms of their hands. This one agency, with its power to raise and lower interest rates, has exercised more control over the economy than any other government body.

So with that type of single-handed power, why should we be surprised that the U.S. Senate blocked a bill last week to audit the Federal Reserve? 'Tis true! Rep. Ron Paul and more than half of his colleagues in the House co-sponsored the Federal Reserve Transparency Act, HR 1207, which they hope to have hearings on soon. On the Senate side, Sens. Jim DeMint, Mike Crapo and David Vitter co-sponsored S 604, companion legislation introduced by Bernie Sanders. But it was stopped cold before even being introduced on the floor on "procedural grounds."

These are strong words, astonishingly strong from a self-identified conservative. Rush Limbaugh has spent decades on the radio without ever mentioning the Federal Reserve and other top hosts like Sean Hannity and Mark Levine have been no more apt to mention its entanglements with the larger economy than the Republican "conservatives" that ran for president in the most recent elections. If indeed Republican Conservatives are going to start lobbing harsh critiques at the Federal Reserve to accompany those being hurled by Republican Libertarians, then the Fed is in even deeper trouble than it has seemed to be.

The Fed and the larger central banking establishment basically control the world's money and therefore its industrial output and also the global society's larger industrial conversation. This vision is manifested in a series of dominant social themes that make up the content of this modest newspaper. These are virtually cultural memes and include "global warming," "peak oil," the "war on terror," etc. But the Internet has interrupted this conversation and blown apart much of the inevitability of the elite memes.

Central banking is under increasing attack, the European Union is fraying around the edges and gold and silver continue to gain ground. We've always advised that our readers should watch the price of gold and silver as a kind of proxy indicator for the ongoing effectiveness and persuasiveness – or lack thereof – of the monetary elite. But readers may wish to monitor the ongoing degeneration of support for the Federal Reserve via announced opponents as well. Call it the Central Banking Index.