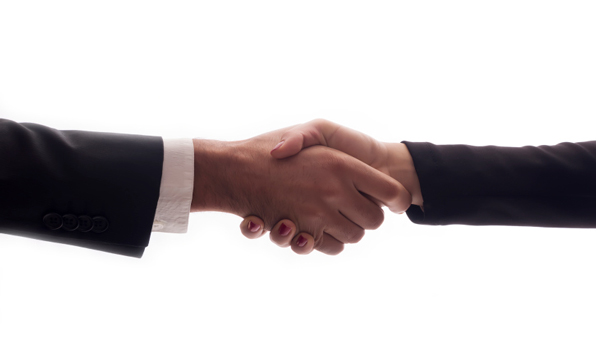 House approves increase in debt ceiling with no strings attached, bill heads to Senate … The House voted Tuesday to raise the government's borrowing limit, as GOP leaders backed down from a potential confrontation with Democrats by declining to seek any concessions in exchange for the increase. The debt-ceiling bill passed on a 221-201 vote, and now goes to the Senate for final approval. The vote comes after Republican leaders backed off their strategy of trying to use the debt limit to force spending cuts or other concessions. – Fox

Free-Market Analysis: John Boehner and the Republican Party are gradually falling apart. What Boehner should do is paralyze the ship of state by refusing to provide the fuel. But over and over he hoists the can, carries it to the cap, unscrews it and pours, further fueling the engine of government.

Now, the argument is that he must do this. If government is "shut down" – which it won't be – then poor people will starve, criminals will run riot and the US military-industrial complex will not be able to protect the nation's borders. The NSA will not be able to complete its important task of spying on US citizens. (Sarcasm off.)

But no matter the damage, the US is due for an "accident" anyway. There is a popular idea that if only "the people" take over money printing power (and even ban "usury") then US exceptionalism can reoccur. Things can get better.

But it seems to us that the system is far too large and complex to salvage, and that this has been purposeful. The larger and more chaotic socioeconomic systems become, the easier it is for the forces of globalism to suggest further complexity and centralization. Leviathan, monstrous as it is, must grow even bigger to satisfy those who seek yet more of the same.

Certainly this is true in the US. Here's more from the article:

… House Speaker John Boehner, R-Ohio, swiftly teed up the vote Tuesday after failing to get enough conservative support for a plan that would have tied the debt ceiling measure to one reversing cuts to military pensions. Another failed proposal had tied the debt cap hike to the Keystone pipeline.

The House, as part of a separate bill, nevertheless voted Tuesday to restore full cost of living increases to pension benefits for younger military retirees. The final vote was 326-90. But Boehner's decision to move ahead on the debt-ceiling legislation without any concessions signals a potentially new approach on these so-called must-pass bills.

His party was bruised last year after Republicans tried to extract changes to ObamaCare as part of a budget bill, resulting in a partial government shutdown that lasted until Boehner finally called a relatively clean budget bill to the floor – which passed on mostly Democratic votes.

The vote Tuesday followed the same pattern. Boehner relied on mostly Democrats to bring the bill over the finish line. 193 Democrats voted for the bill, while just 28 Republicans did the same. Boehner and other GOP leaders were among those who voted yes.

Boehner announced before the vote that that was the strategy. "We'll let the Democrats put the votes up. We'll put a minimum number of (GOP) votes up to get it passed," Boehner said. "We'll let his party give him the debt ceiling increase that he wants."

But the vote caused consternation among conservative groups that have pushed Congress – and particularly Tea Party-aligned lawmakers they helped elect – to rein in deficit spending, in part by extracting spending cuts wherever possible.

"A clean debt ceiling is a complete capitulation on the Speaker's part and demonstrates that he has lost the ability to lead the House of Representatives, let alone his own party," Jenny Beth Martin, co-founder of Tea Party Patriots, said in a statement. The measure approved by the House does not raise the debt limit by a set amount but does suspend it through March 15, 2015.

A couple of points stand out. First, Boehner tried to tempt recalcitrant Republicans into agreeing to support the new budget by offering them various legislative extensions and expansions. In other words, he told congressmen who want to shrink spending that he will fund various projects of theirs if they will cooperate in raising the debt ceiling. Apparently, Boehner is so out-of-touch with parts of his caucus that he believes he can tempt his hawks with birdseed.

Let's try to be blunt.

The House in particular has been partially captured by what seems to be the first genuine libertarian movement since the Civil War. The Tea Party, for all its fissures and schisms, is apparently united in the view that US fedgov is simply too large. And this point of view resonates because it is correct.

Throughout history large governments have over time proven increasingly autocratic and ruinous to their own prospects and to citizens' prosperity. It is not really an arguable point. And by rejecting history, Boehner puts his own speakership in jeopardy and runs the risk of further aggravating the fissures that have always been present in the GOP.

As we've pointed out, the mainstream media and portions of the GOP itself continue to discount the Tea Party and its effect on politics. But the effect is very real. Those congressmen elected with Tea Party support may wish for politics-as-usual once elected but instead they are subject to voter scrutiny. If they drift from libertarian moorings, then they will hear about it at home and likely will have a difficult time with reelection.

Despite all the problems inherent in regulatory democracy, the advent of the Internet and the ability to find out what is going on in Washington with one's own representative has actually returned a portion of legislative control to the electorate. Of course, this is causing chaos in Washington. As we have predicted, the Internet Reformation is not merely theoretical. One can see its effects throughout society now.

The system is not going to collapse overnight, but as awareness continues to grow in the electorate – and it will – there will surely be significant changes. People will begin to seek more agricultural and professional self-sufficiency, concerned that dysfunctional government provides neither day-to-day services, nor a viable future. The more chaos there is in Washington DC, the more people will drop out and turn to their own resources and to the private sector in general to facilitate their lifestyles and prosperity.

It is fashionable to say that Leviathan must be preserved because too many would suffer from its demise. But what is available is not sustainable; suffering will take place no matter what. Eventually, people will walk away. Already they are.