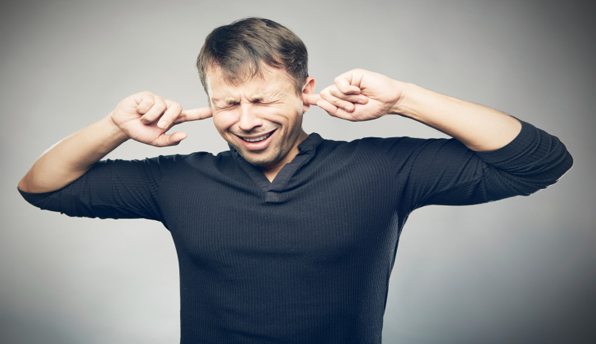 STAFF NEWS & ANALYSIS
House Poverty Hearings: A Dialogue Between the Deaf and the Blind
By Staff News & Analysis - May 01, 2014

House Budget Committee to Hold Hearing on Poverty … Is the federal government responsible for lifting millions of Americans out of poverty or trapping them in it? That question has become a political Rorschach test this year, the 50th anniversary of President Lyndon B. Johnson's war on poverty. On Wednesday, Representative Paul D. Ryan, chairman of the House Budget Committee, is holding a third hearing on the government and the poor, featuring testimony from the "front lines." In recent months, Mr. Ryan, a Wisconsin Republican, has loudly argued that the government has failed in its effort to end deprivation and ensure mobility. – New York Times

Dominant Social Theme: The poor need all the money they can get – and government should provide it.

Free-Market Analysis: Talk about an exercise in futility … The US Congress is holding hearings on whether or not fedgov policies encourage poverty.

Of course, the real reasons for US poverty are obvious to anyone who studies the matter seriously. Western fiscal, monetary and judiciary policies have intervened forcefully in the market and made it increasingly difficult for middle-class families to make ends meet.

In the US, the population is over 300 million but there are 50 million on food stamps, or about one-sixth of the population. And New York City – the nation's "ground zero" for Keynesian stimulative fiscal and monetary policies, is an example of just how destructive fedgov policies can be.

Here's the beginning of a recent article on New York's plight from the New York Times:

Nearly Half of New Yorkers Are Struggling to Get By, Study Finds … As in 2011, 46 percent, or nearly half of New Yorkers, were making less than 150 percent of the poverty threshold, a figure that describes people who are struggling to get by. Even with fewer people unemployed, the poverty rate for working-age adults working full time reached 8 percent, by the city's measure.

Fully 17 percent of families with a full-time worker lived in poverty, and even among families with two full-time workers, the rate was 5.2 percent. The latest numbers, compiled by the city's Center for Economic Opportunity, were presented to the City Council on Tuesday and are to provide a base line for how well Mayor Bill de Blasio addresses a signature issue.

This kind of performance is especially pitiful when one considers that New York City has been the test bed for every Great Society program imaginable.

The result is predictably abysmal because the actual economy itself is increasingly distorted by foundational money policies. And this is why House hearings on poverty will never generate any kind of substantive reform. Or none that works, anyway.

The hearings are asking the wrong questions and thus will inevitably generate the wrong conclusions.

"Today, the poverty rate is stuck at 15 percent — the highest in a generation," a House Republican report on the war on poverty argued. "The trends are not encouraging. Federal programs are not only failing to address the problem. They are also in some significant respects making it worse."

With the federal government spending about $800 billion on 92 programs to combat poverty in the 2012 fiscal year, Mr. Ryan has been critical of redundancy. The spending includes, according to a House Republican tally, 15 programs related to food aid and 20 related to education and job training.

But Democrats have countered by pointing to evidence that government spending has helped millions of families survive the downturn — and arguing that Republican proposals would make poverty worse.

An analysis by the left-leaning Center on Budget and Policy Priorities found that Mr. Ryan's budget achieves 69 percent of its nonmilitary cuts from programs for families with low or moderate incomes. That includes $2.7 trillion in health care cuts, $137 billion from food stamps and $125 billion from Pell Grants that cover education costs.

"I appreciate that some of my Republican colleagues have shown interest in cutting poverty in this country; however, we have starkly different opinions on how we achieve that goal," Representative Barbara Lee, a California Democrat, said on the House floor. "Gutting programs is not a path out of poverty. The American people deserve a fighting chance for a middle-class life."

We can see that what is taking place is a dialogue hosted by the deaf on behalf of the blind. Legislators hear what they wish to hear, and in this case, some have heard that too many funds directed at poor people can actually be counterproductive.

Since Republicans are running the hearings, the political agenda tends toward protecting military-industrial complex funds and reducing funds to various social programs. In other words, while Republicans are perfectly willing to put aid to the poor on the chopping block, they are far less enthusiastic about subjecting Intel agency and Pentagon programs to the same scrutiny.

But it really doesn't make much difference, does it? Representative Ryan has the idea that too many overlapping programs funneling too much money to the poor makes it difficult for impoverished families to work their way up to prosperity because doing so would mean sacrificing benefits.

So these are the arguments of the dialectic.

On the one side are Democrats arguing that a caring government produces generous amounts of financial aid. On the other side are Republicans arguing that the greatest gift possible to the poor includes reducing programs so as to provide incentive for increased work.

This is a great example of how the dialectic confines arguments and confuses issues. The problem with the US economy – with Western economies generally – is one of the centralization of monetary control. The Federal Reserve especially prints so much money that it is difficult for impoverished families to save anything meaningful. And the business cycle regularly generated by central banking destroys jobs and over time reduces economies to rubble.

At the same time, increasingly punitive taxes make building a nest egg more difficult. And finally, judicially mandated corporatization via Supreme Court decisions in the late 19th century have created an environment where lucrative jobs are increasingly the purview of those who can afford expensive university programs and lengthy stays in institutions of higher learning.

The best thing Republicans and Democrats could do to lift up the poor in the US would be to repeal the Fed's monopoly money privileges, remove graduated taxation and get rid of corporate personhood.

These three actions taken together would miraculously even the playing field and create real opportunity for impoverished families that have members who wish to work.

Yet you will not find any of the above remedies even alluded to in these hearings. The issue is simply one of money – how much of it should be doled out to whom.

It is a dialogue generated by the deaf on behalf of the blind.